I like shooting with older, more limited cameras. There’s less for me to think about, it’s more relaxing. I get more selective in my shots when it costs money every time I hit the shutter. But it does make you think just how far the cameras in our hands have changed today from what they were in film’s heyday. What users expect of their cameras has also changed to keep up with technology, too.

This video from Wired takes a look inside the Polaroid SX-70, an extremely popular camera in its day, and a somewhat more modern Canon EOS 1200D (Rebel T5). Everything from the basic ergonomics of the camera itself to advanced technical features are compared in this 90 second short.

The progression of camera technology is a weird and wonderful thing. On the one hand, we have more creative choices than ever before. It’s allowed those creative options to get into the hands of more people, drastically lowering the cost of more advanced photography and techniques. 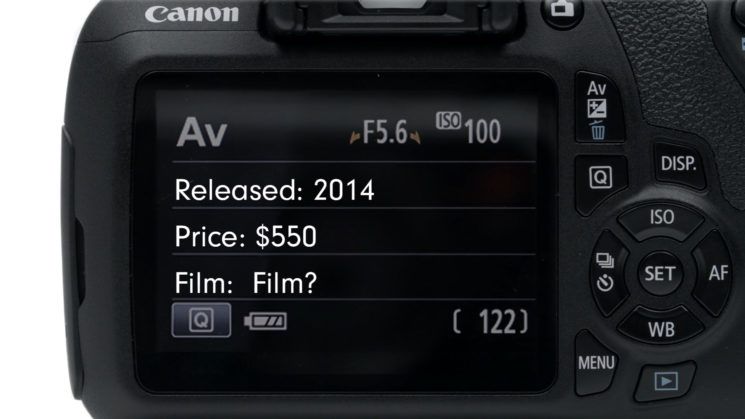 On the other, a lack of choice often forces us to be more creative and push ourselves. Some of the most iconic images in history were shot with cameras that only allowed you to control the aperture and shutter speed (and those weren’t very fast). Others were afforded no control at all beyond composition and timing. 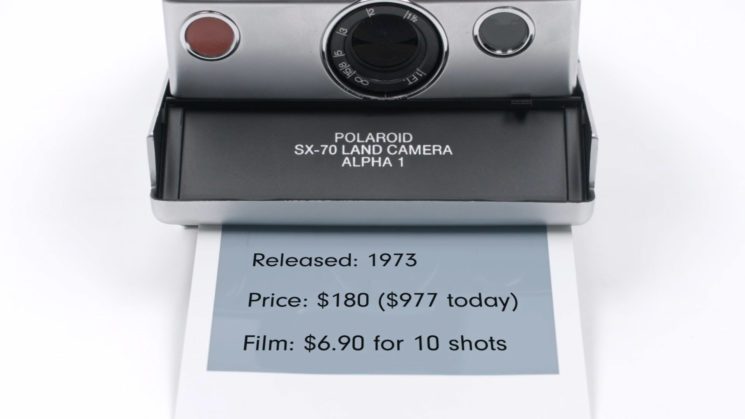 I can’t say I really have a favourite in the technology stakes. I shoot digital and film, on cameras up to 80 years old, and each for different reasons. It wouldn’t be a fair fight. But when you look at what we’re able to do with even the most basic of modern cameras now, it’s just ridiculous how far we’ve come.

How about you? Were you happiest when cameras were simpler? Or do you want as much tech packed into your camera as possible? What technological advancements in photography have you loved over the last couple of decades? Which have you hated? Which past technology do you miss? (EOS5 eye control focusing? anybody?) Let us know and tell us your thoughts in the comments.

« How do you deal with copyright infringement when it’s for “a good cause”?
Taking sandpaper to M42 lenses to get that anamorphic look on the cheap »