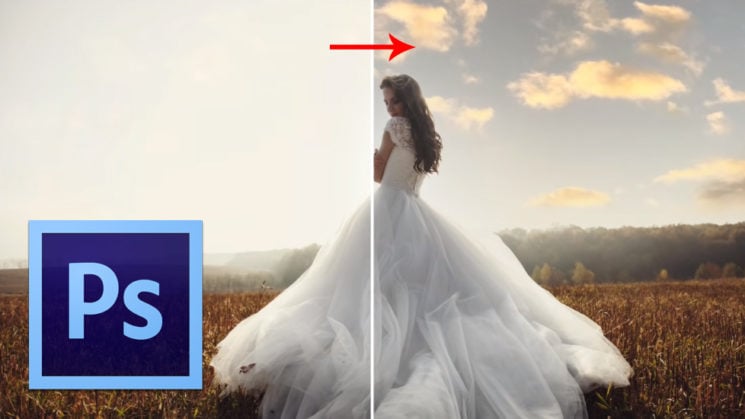 After Skylum, Adobe has decided to join the party and give us an AI-powered sky replacement feature. Soon, you’ll be able to automatically replace the sky in Photoshop in only a couple of clicks. Adobe has shared a sneak peek at a new feature, and I have to admit that it looks quite impressive!

The new Sky Replacement feature will be nested under the Edit menu. Go to Edit – Sky Replacement, choose the sky from the gallery of presets click on it, and the sky will be instantly updated. You can also add your own sky photos to the gallery and rearrange the thumbnails by simply dragging and dropping them. Whichever photo you choose, you can resize it and drag it around the image to choose the art of the sky that you like most.

Adobe-Sensei makes Photoshop distinguish between the sky and the foreground. The AI does the heavy lifting of masking and blending, but, you can make adjustments and do some fine-tuning: shift and fade the edge, adjust the brightness and the temperature of the sky, and change the foreground color. Speaking of foreground, Photoshop automatically adjusts the foreground so that the colors of the two images match. For example, if you choose a worm sunset sky to add to your image, Photoshop will make the tone of the rest of your photo a bit warmer. Even as you move the sky across the base image, you’ll see the foreground colors change as you choose a different part of the sky photo. From the preview, it looks pretty awesome!

The AI-powered Sky Replacement feature in Luminar 4 also does a pretty good job. But I guess that, if sky replacement is your thing and you prefer Photoshop, this new feature will make you happy.

I must admit that sky replacement isn’t really my cup of tea. But I’m curious to see how it will work in Photoshop and I look forward to testing it, just for fun. For now, all we know that Sky Replacement is coming “soon,” and I hope that we’ll have it with the next Photoshop update. Adobe promises that we’ll find out more about the new feature at this year’s virtual MAX Creativity Conference, so I guess we won’t get it until late October at least.

Here is how Luminar and Photoshop Sky replacement tools compare