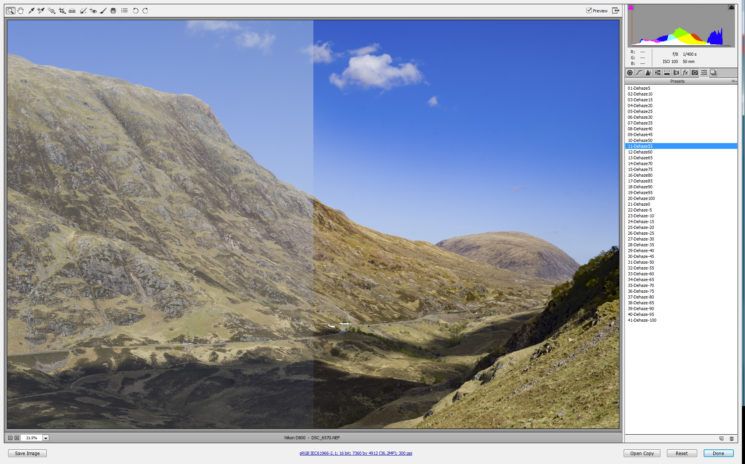 I’m one of those seemingly odd people who kept hold of CS6 after Adobe switched to its new subscription model. The reasons for it aren’t important, but I know I’m not alone. Every day I see questions online from people also still using CS6. While we have the advantage of not having to keep paying for software every month, there are disadvantages. The big one being we don’t get updates any more.

This means no Dehaze feature in Adobe Camera Raw. Although, it turns out that the raw engine for CS6 does actually support the feature. There’s just no slider for it. But now, there’s a set of free presets available to let you use Dehaze, thanks to Photoshop guru, Dave Cross. Last week I had the opportunity to help Dave test out the presets before release, and boy are they a welcome addition.

Most of the features added to ACR and Photoshop don’t really interest me. That’s one of the reasons I didn’t bother to upgrade to CC. They just don’t offer me anything I want. For the most part, CS6 does everything I need it to do. But that Dehaze feature is very impressive. To the point where those that don’t have it are accused of “Dehaze envy”.

This new set of presets to control Dehaze in CS6 goes all the way from -100 (to add haze) to +100 in increments of 5. So, you can do subtle, to keep some haze in the distance, while helping to bring out a little of the detail and colour. Or you can go extreme, the choice is yours. 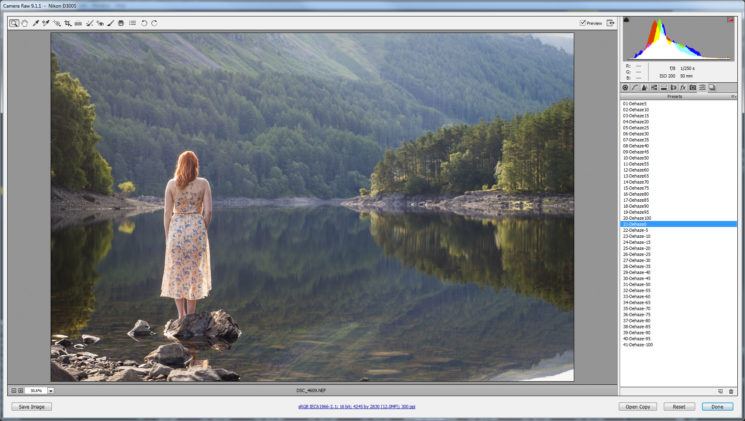 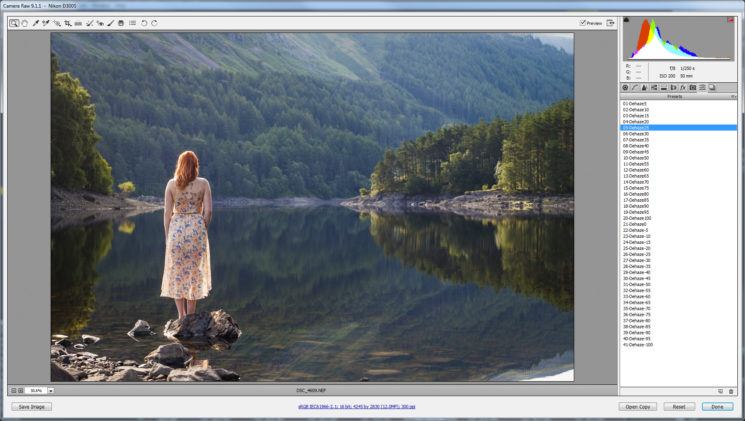 All you need do is download them, make sure Photoshop and Bridge are closed, and then copy to the appropriate folder. For the mac, that’s /Users/username/Library/Application Support/Adobe/CameraRaw/Settings and for Windows C:\Users\{username}\AppData\Roaming\Adobe\CameraRaw\Settings.

I tested the presets using Adobe Camera Raw 9.1.1, the most recent version of Adobe Camera Raw available to CS6 users. It may work in some earlier versions, but there’s obviously no guarantees. The ACR update is also free, though. So, there’s really no reason to not update your install of CS6 to the latest version. 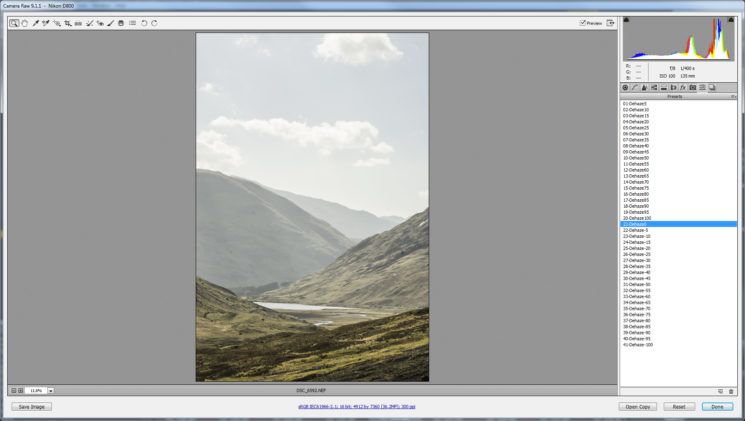 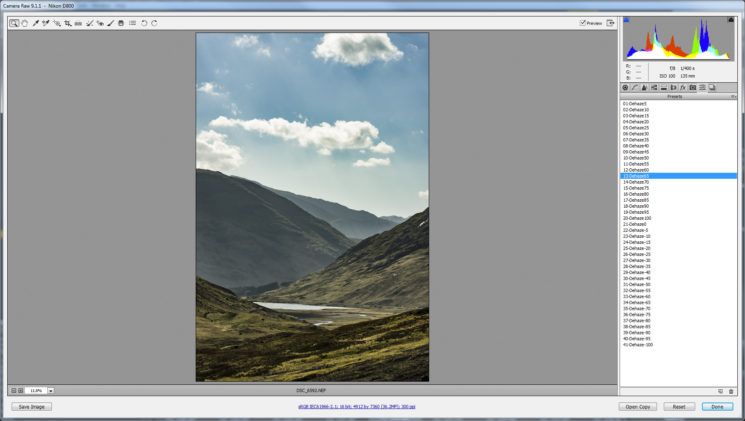 It kind of opens up a whole new world to CS6 users. Previously, we might have to import a raw file processed in multiple different ways. Each import on a separate layer, followed by lots of masking. This makes life much easier. Now we don’t have to faff around tweaking exposure, highlights and clarity for one part of the image, and then spend hours blending it into the rest in Photoshop. 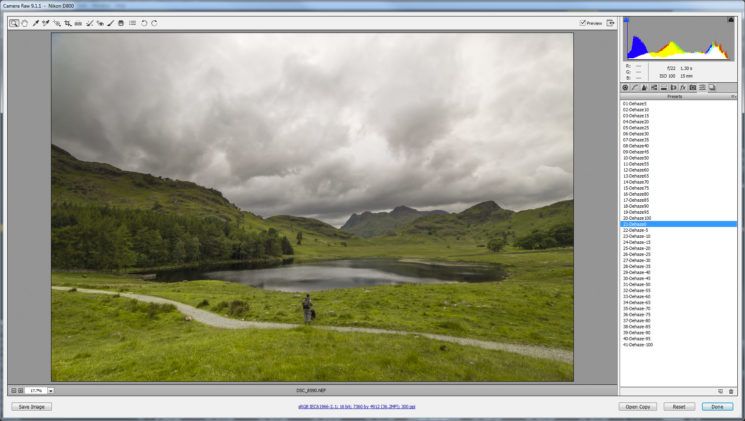 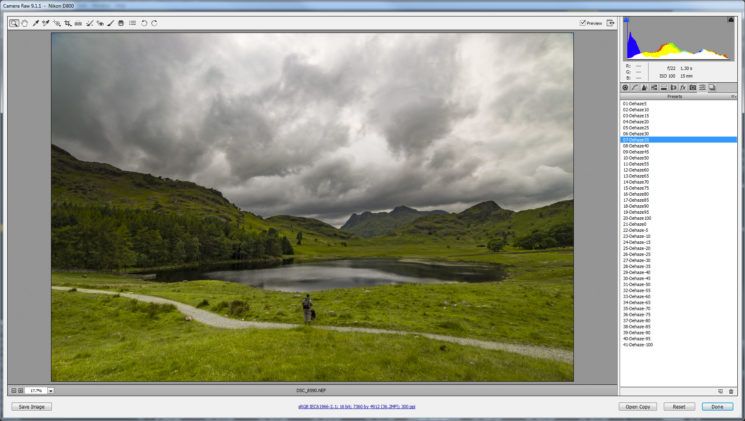 The nature of presets, though, means that you can only apply the effect to your entire image. There’s no local adjustment like there is for Dehaze in recent versions of Photoshop and Lightroom. So, you still might need to occasionally import multiple versions of your image into Photoshop and do a little masking. But having the Dehaze presets sure makes things a lot easier.

The preset collection is entirely free, and you can download it from the Dave Cross Workshops website (be sure to watch the Promo video). It may show that the price is $5, but if it does, just enter the code “freepresets” to get a $5 discount, and download the preset for free. Many thanks to Dave for putting in the effort to make these for us CS6 users!

Also, if you’re Lightroom 6.1 or CC2015.1 user, you can use these presets to get the Dehaze feature.

« FAA is developing a remote identification system for personal drones
Photobucket broke links for millions of photos, requires $399 subscription to fix them »