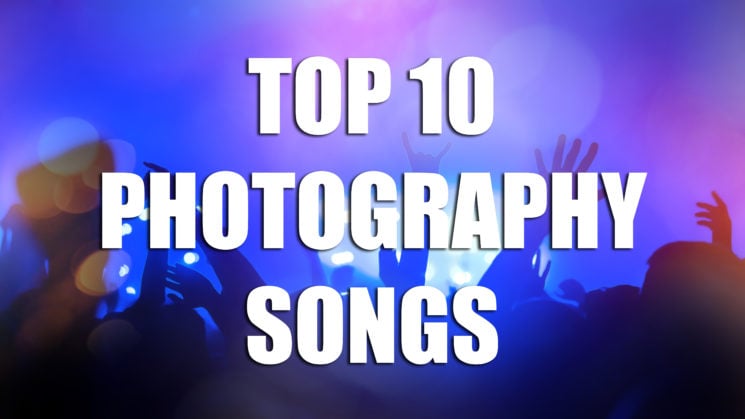 Whenever someone asks me what inspires me as a photographer, one of the answers is always music. I love it when different forms of arts intertwine, and I know many photographers who are inspired by music just like I am.

Even though I discovered it just recently, this is the song that sparked the idea for this article. I started learning German in November, so I’ve been listening to a lot of music in German for the past two months.

It’s funny that this is the song I discovered most recently out of all on this list, even though it’s older than I am. It’s also funny that this is one of few Falco’s songs that are not in German… Which is probably the reason why I managed to understand it and figure out what it’s about. As you can probably guess, it’s about Robert Cappa, often described as “the greatest war photographer in the world.”

When we speak of Robert Cappa, it’s hard not to mention Gerda Taro – Cappa’s partner and another great war photographer. Alt-J dedicated the song Taro to her, and it’s one of the most beautiful songs I’ve ever heard. I discovered accidentally, like many other great things in life. It was one of those times when the YouTube algorithm absolutely nailed it, and I remember that the song stopped me in my tracks. It still does whenever I hear it.

A friend of mine who also loves photography sent me a link to Ed Sheeran’s Photograph when we were talking about photography a few years ago. She wanted to share the video with me, which is really cute and heartwarming. But I liked the song as well. Ed Sheeran’s music is usually not my cup of tea, but I liked this song a lot. And oh man, what a voice he has!

I absolutely love Neil Young’s voice. It makes me calm and I could listen to him no matter the mood I’m in. While Distant Camera is not my favorite song of his, it’s still beautiful and definitely deserves its place on my list.

There’s no way one could make a list of photography songs and not include Paul Simon’s Kodachrome. I think it’s one of the most popular songs about photography, and probably the first that comes to mind when you think of the songs on this topic. I personally find it entertaining, even though it’s not among my favorite Paul Simon’s songs.

4. Depeche Mode – A Photograph of You

I could never choose only one band to be my favorite. But if I absolutely had to, Depeche Mode would be competing for this prestigious title. I love all of their phases, including the somewhat childish first two albums. A Photograph of You was published on Depeche Mode’s second album A Broken Frame, but it’s not my favorite photography song from this band. Yup, there’s one more, so keep scrolling.

I remember this song from when I was a kid, just like many other Duran Duran hits. And I can’t describe my excitement when I heard it live at the EXIT Festival in 2012!

The first version of the song was recorded way back in 1979. It was “inspired by the dark side of the glitz and glamour,” according to Andy Wickett, a co-writer and the singer of Duran Duran at the time. And even though the lyrics are pretty dark, no one can stay steady when hearing this beat. I know I can’t.

Here’s another band that would compete for the prestigious title of my all-time favorite. And another band I was honored to see live two times. It’s hard to choose only of one of their songs to be my favorite, but Pictures of You is certainly high on the list.

As I mentioned earlier, there’s one more Depeche Mode song about photography. It was released on their debut album Speak & Spell, almost 40 years ago. It’s one of my absolute favorite songs, and I first heard it when I was in high school.

I can’t tell you exactly why I love it so much. I just know it made me stop everything I was doing when I first heard it. It has a strange atmosphere that’s very dark and makes you want to dance at the same time. When I think about it, I find that in many of Depeche Mode’s songs, which is probably why I like them so much.

I wrote about Sam Newton’s Camera Man a few weeks ago. It’s a humorous photography-related song that pokes fun at lots of stuff in the industry. Other than being funny, it’s catchy as hell, so I should warn you: if you play it, you’ll sing it all day. And there’s some strong language too so be aware of that too.

If you’d like to hear all these songs as a playlist, I made you one. And let me know: what did I miss? Which songs would you add to this list?

6 Of My Favorite Photography Books

« The Ligero69 is a 3D printed camera that lets you use Mamiya Press lenses and backs
Back to basics: Mastering the Rule of Thirds in photography »