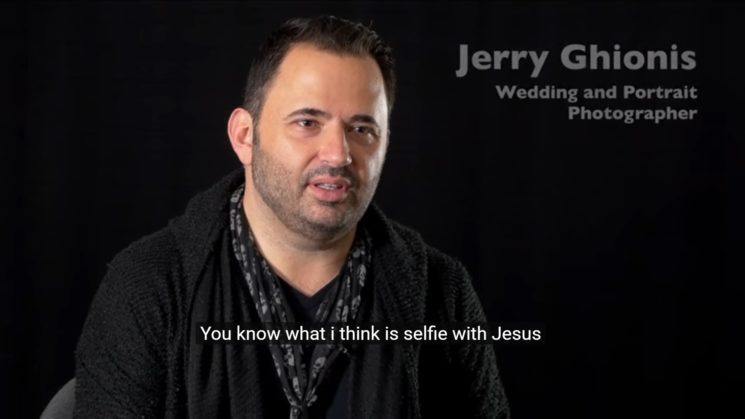 It’s always interesting to see how photographers observe the work of other people from the industry. Digital Photography Review created a short video where they asked several well-known photographers who they would want to take their portrait. Some of the interviewed photographers include Brian Smith, Peter Hurley, Gerd Ludwig and Ron Haviv, to name a few. The answers they give are interesting and versatile. Some are funny, some serious, but they all show respect and admiration for the work of others.

Three photographers have the same answer: they would love to see their portrait taken by Richard Avedon. Considering his style and the immense influence he had in the photographic world, I can completely relate to this.

Photographer and Filmmaker Amy Vitale would like to see her portrait taken by Salvador Dalí, because “it would be so weird and wonderful.” Wedding and portrait photographer Jerry Ghionis jokes that a selfie with Jesus would be pretty cool.

Others mention names such as Diane Arbus, Yousuf Karsh, Alfred Stieglitz and Francesco Scavullo, who are all important names in the world of photography. What I must notice is that most of the photographers mentioned in the video are no longer with us. Yet, they have definitely left a huge legacy and influenced generations of photographers who came afterwards.

Personally, I would love to see my portrait taken by Anton Corbijn, who has photographed some of my favorite musicians and whose style I greatly admire. And what about you? Who would you want to take your portrait?

[Who would you want to take your portrait? via LensVid]