A camper, a shed, a bedroom, or even an entire skyscraper floor – you name it, Brendan Barry can turn it into a camera. For his latest project, he visited Custom House in Exeter, UK, and turned this amazing attraction into a working camera obscura. Brendan shared his process in this fun video, and if you plan to embark on a similar adventure, it will be very valuable as a guide.

The Custom House was built in 1680 as the woolen cloth industry increased in Exeter. Today it’s open for visitors and it’s been turned into the meeting point for Exeter Red Coat Guided Tours. Brendan’s project was funded by the Exeter Canal and Quay Trust, and his giant camera obscura was on display at the Custom House as part of Heritage Open Days in September.

Just like with his previous projects, Brendan started out by darkening the room and leaving one hole in the cardboard on the windows. He placed a lens onto that hole and set up a white sheet to project the image onto it. He started off with a few test strips of photographic paper to determine his exposure. When he was pleased with the result, he took the final shots of the view on the Quay. And what’s more, Brendan even set up a darkroom at the Custom House, so he could develop the images on the spot. 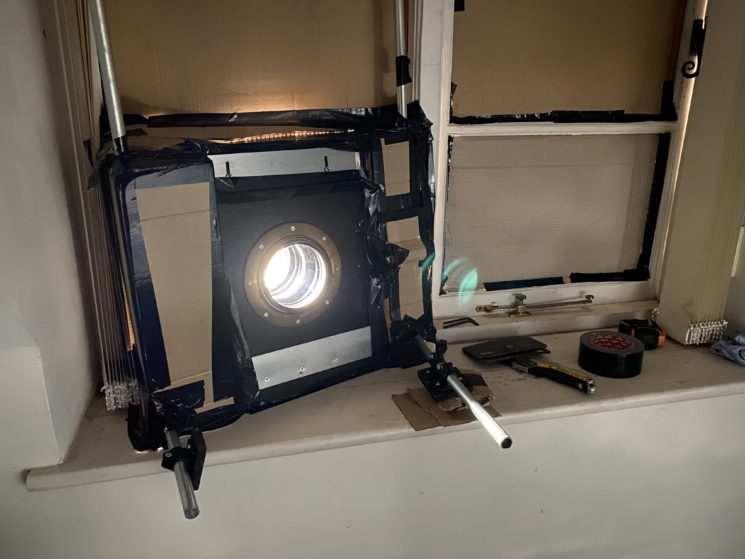 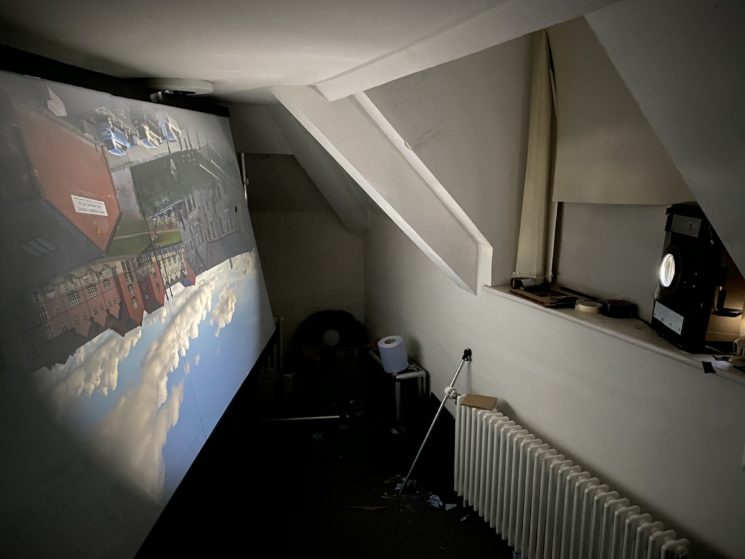 Brendan didn’t only focus on one room. He turned several rooms into cameras obscure with working lab, and he even used different lenses. The goal of the project was not only to shoot photos of the Exeter Quay, but to do it different processes and techniques, as Brendan explained. “My work aims to challenge our understanding of what a camera is, what it can do and how one can be constructed,” Brendan said, “taking the whole notion of what a camera might be, unpicking these preconceptions and creating new ways of inviting an audience into having a transformative experience in a space.”

If you plan to make a similar project, make sure to check out Brendan’s video, as well as his previous projects. And you can’t only turn your own room into a camera obscura with a lab, but you can even make your own developer and fixer from stuff you have in the kitchen.

« Luminar AI presents Templates, and it’s like presets on steroids
The “Amplified Fence” makes birds landing on a wire sound like something from an alien sci-fi »