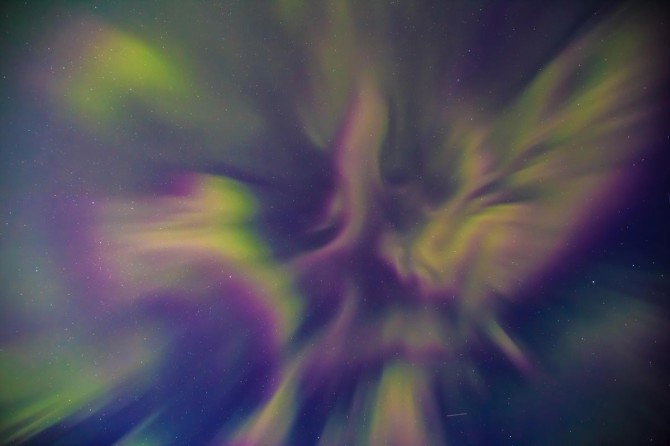 When we feature Hawaiian photographer CJ Kale it is usually when he is under (or) over a wave at sunny Hawaii. Even when shooting hot lava he is wearing a swimsuit and in the water. In a 180 degrees change of scenery, CJ traveled to Alaska to document the Aurora Peak which accrued in 2013. The next peak is going to be at around 2022, a good 8 years from now.

Going out of his comfort zone, CJ captured the most wonderful northern aurora photos including one that amazingly resembles a Phoenix rising from Ashes.

The change from sunny Hawaii did not go smoothly for CJ, and was quite a shock to his body. CJ tells Yahoo:

We drove straight up to Fairbanks all the way up the Dalton Highway or ‘Ice Road’ as made popular on the show ‘Ice road truckers’ to Dead Horse.
This is as far as you can drive without being a member of the Prudhoe Bay work force – we were just 10 miles from the top of the world.
Coming from Hawaii the trip was a total shock to my system – I’m so not used to the cold that I had to purchase the best of the best cold weather gear.
We would shoot through the night in various locations with the temperature dropping below below -30F.
I was suited up to summit Everest just to stand less than 100 meters from the car. At times stepping in water to return to the car with my shoes frozen in blocks of ice. I would just think of my hot lava ocean swims to keep me warm in the coldest of nights. 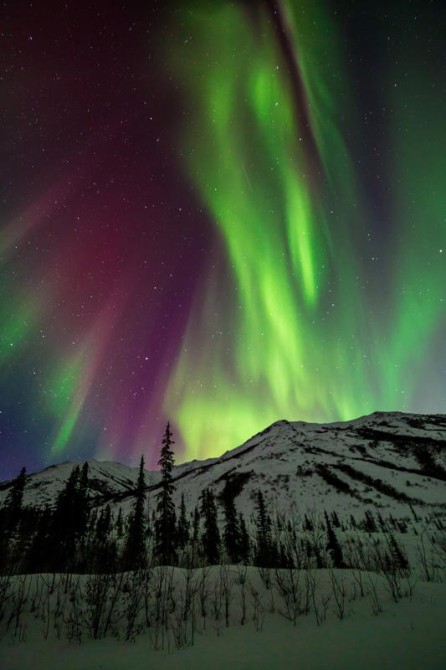 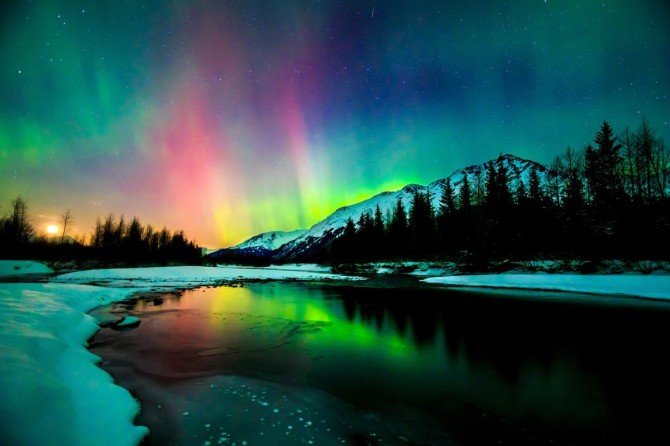 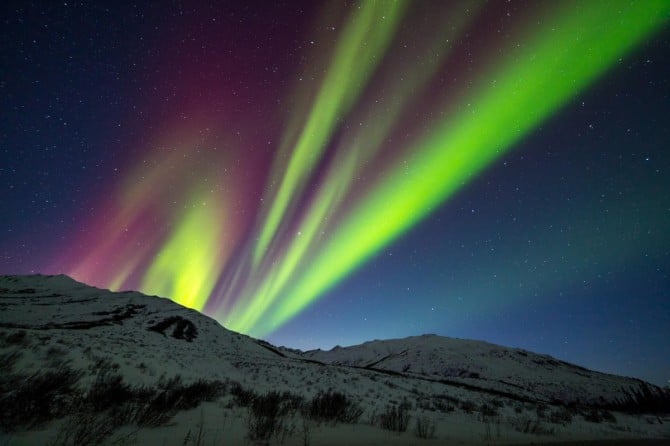 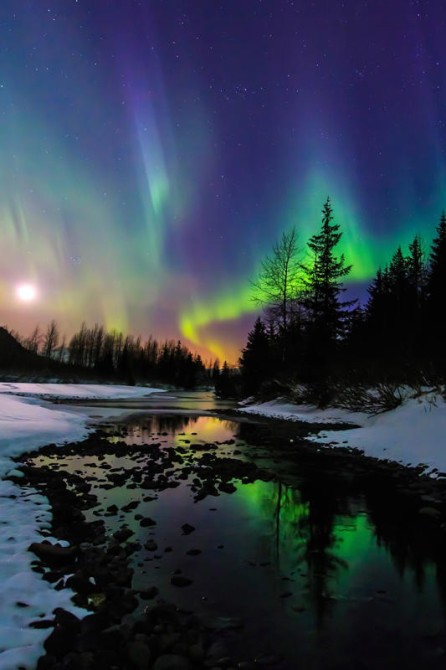 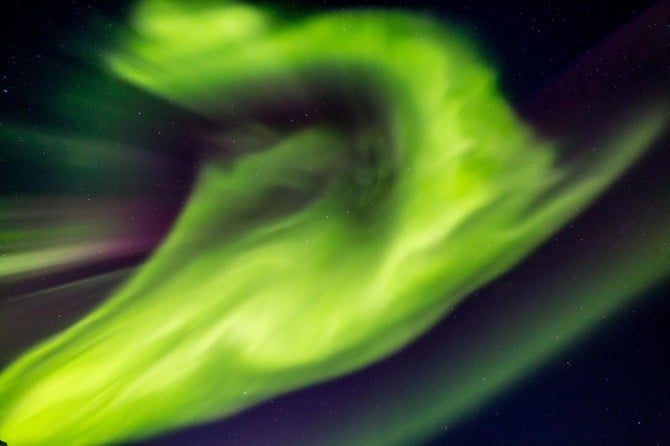 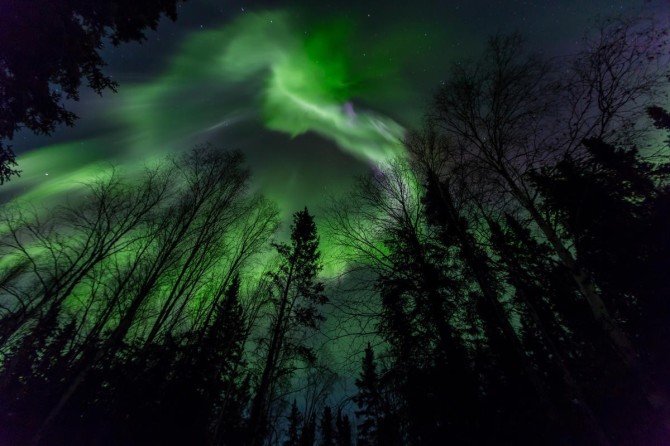 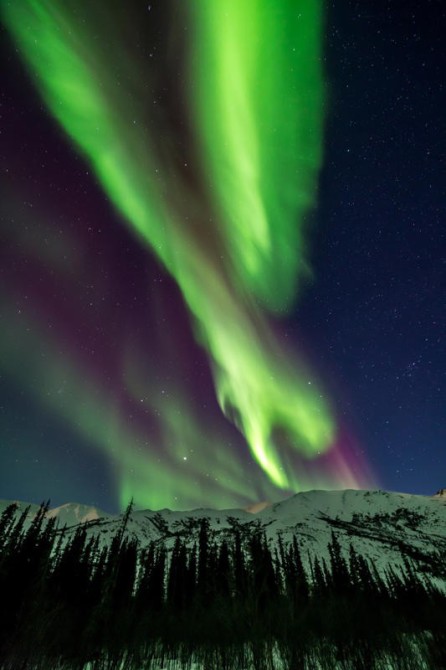 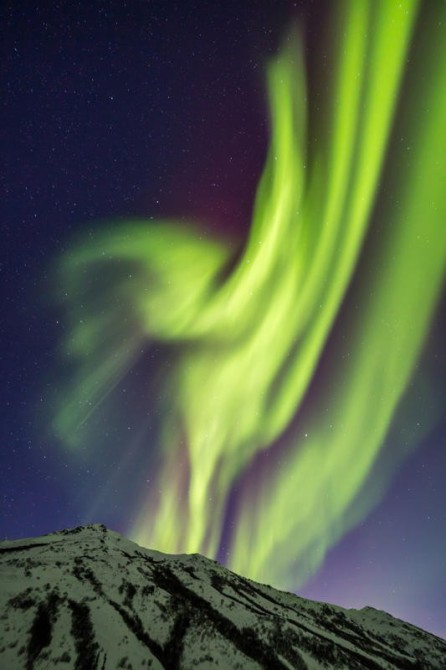 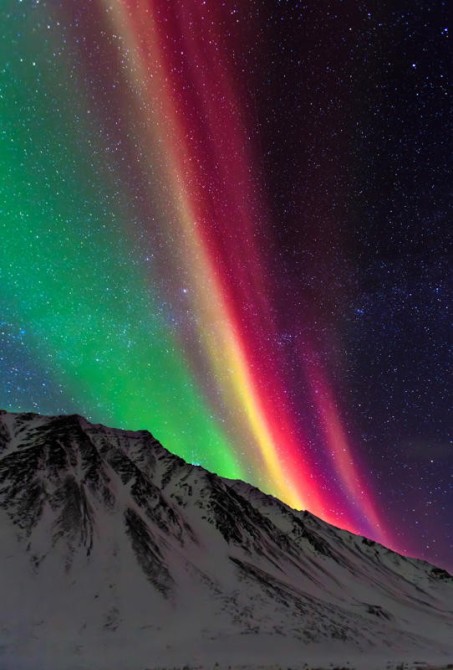 Photographer captures the aurora from his plane seat