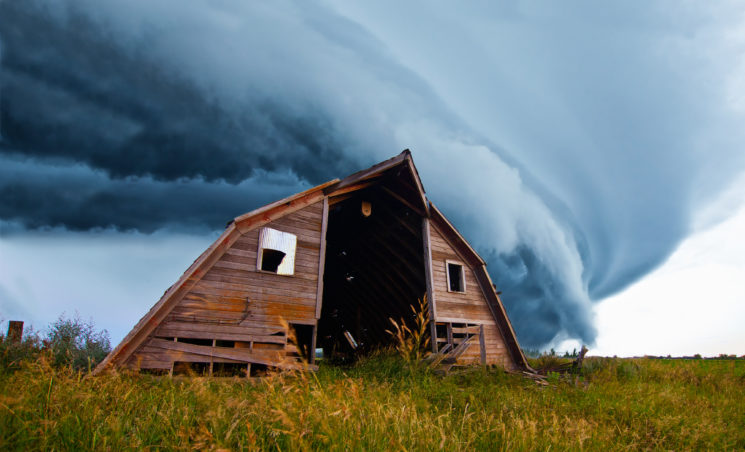 Photographer Aaron Groen recently came under fire from the photography community. After he shared a photo of a tornado, many praised him for the amazing image that must have been scary to take. However, some photographers claim that the photo is “clearly fake” and “obvious composite” and the whole story quickly blew up.

Aaron shared the photo titled Hold On on his Facebook page. He responded to some of his followers’ comments, saying that the photographed the tornado in South Dakota. “I go out everytime it storms within about 100 mile radius of where I live. Which is almost daily here,” he wrote to one fan. He responded to a few users that “even just going thru the raw files for this gave [him] that scared uncomfortable feeling.” 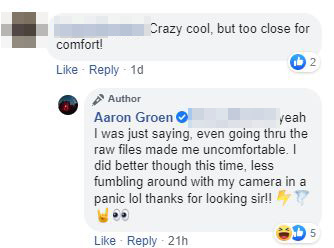 However, some people started calling Aaron out for “faking” the image. Or in other words, for sharing a composite without being honest and transparent about it. Some of them claim that he deleted negative comments from the post. I only found one at the moment of writing this.

Other photographers and storm chasers then turned to their own Facebook profiles. They shared Aaron’s image, accusing him that it’s “fake” and “obvious composite.” PetaPixel even obtained a triptych that shows a similar storm in other Aaron’s images. 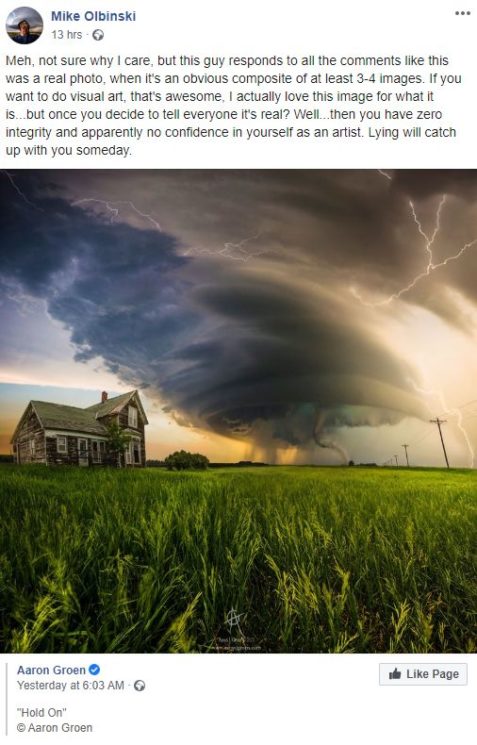 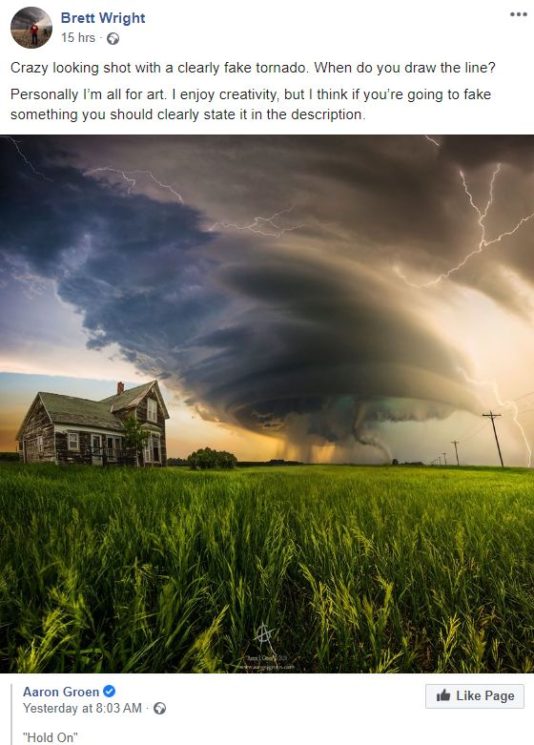 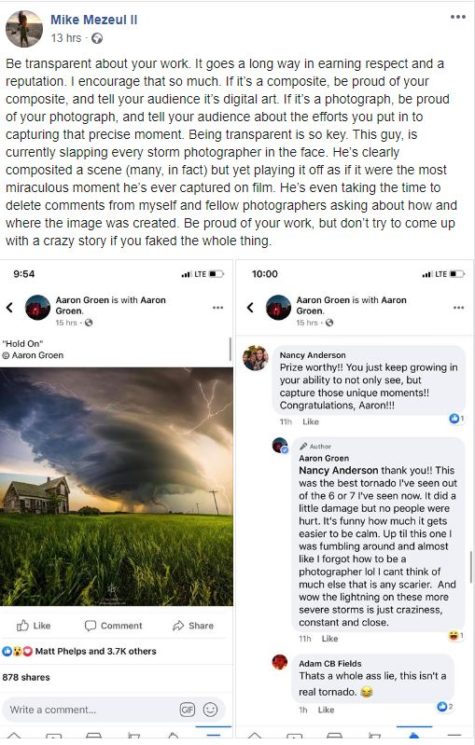 This whole story reminds me of “the Peter Lik case” from two years ago. He was also called out over sharing a composite without being transparent about it. Eventually, Peter Lik’s team confirmed the photo indeed hadn’t been taken as a single frame.

It’s not up to me to judge. If this photo was shot at a single frame, it’s epic. If it’s digital art, it’s a well-done piece of digital art. To be honest, I don’t have anything against composites. It’s quite the opposite, actually – I love seeing good composite work. But I just think we should always be clear and transparent about it. As Mike Mezeul II puts it: “If it’s a composite, be proud of your composite, and tell your audience it’s digital art. If it’s a photograph, be proud of your photograph, and tell your audience about the efforts you put in to capturing that precise moment. Being transparent is so key.”

We will reach out to Aaron and try to learn more about the controversial image. We’ll update the article if we hear back.

What do you think? Is this a composite or a single fame photo?

Photographer Bashed For Flash Dragging At A Concert, Photos Are Sweet

« This DIY charging station runs from a single USB charger and only costs $35 to make
Pixii, the $3,000 Leica-like with no LCD and no memory card, is finally here »