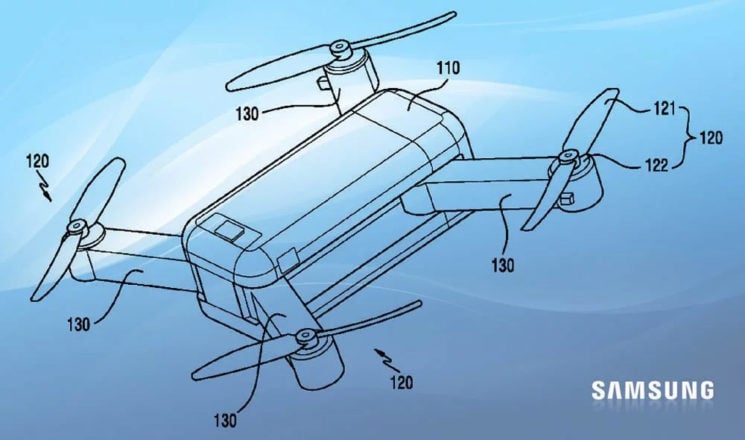 South Korean electronic giants Samsung may be entering into the drone market, according to a patent published by the US Patents & Trademark Office. According to GizmoChina, though, it’s not just any drone. It’s a “transformable drone”. Exactly how that’s different from a “folding drone”, I’m not so sure, but that’s what GizmoChina call it.

Reports suggest that this will essentially be the drone version of the Samsung Gear 360. So, sure, you might get some functionality with any phone. But you’ll only get the full capabilities with a Samsung. Still, with the number of Samsung phones out there in the world, that’s still a huge potential market. 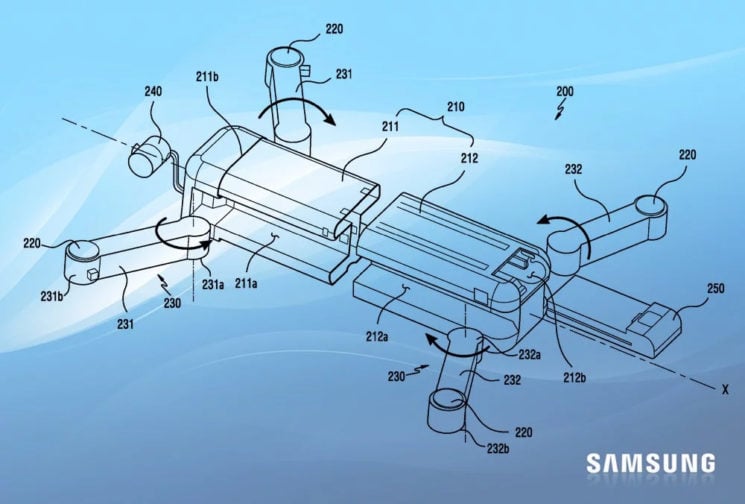 I’m still not entirely clear on the difference between a “transformable drone”, which GizmoChina says is “something that no drone-maker has done so far”, and a folding drone. Oh, wait, here we go…

So, it’s a folding drone. It will apparently come with folding arms, lots of “specific sensors”, camera, gyros, barometer, compass, ultrasonic, temperature, light and ultraviolet sensors. And besides that it’ll have all of the usual features we’d likely expect from a drone. Wireless control from a phone, tablet or PC, for example.

This is the first move into drones for a huge electronics company that the world might’ve expected to get in on sooner. With a name like Samsung, DJI could about to face some very stiff competition.

Of course, it’s not the first move that Samsung’s made into unfamiliar territory and then disappeared from the market. Remember Samsung’s mirrorless cameras?

We may see history repeat itself. Only time will tell.