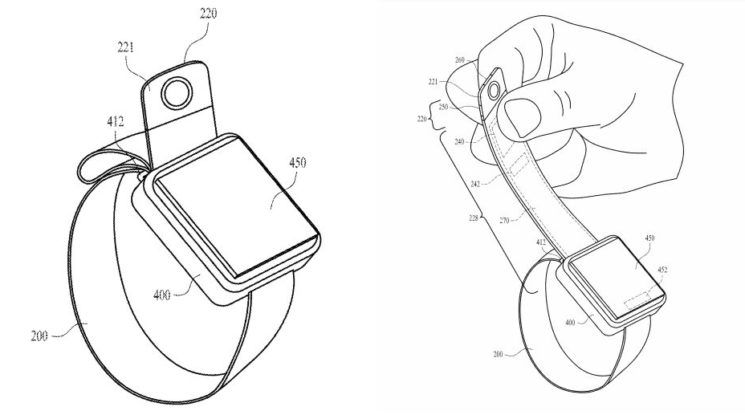 Smartwatches with cameras in wristbands aren’t entirely new. However, the ones we’ve seen so far require you to contort your wrist if you want to point them in different directions. It seems that Apple is trying to solve this problem. The company has recently patented a smartwatch with an adjustable camera built right into the wristband, which allows you to easily position it any way you like.

The concept displayed in the patent shows that the camera could be at the end of a loop band, which would allow you to point it anywhere with ease. There’s also a possibility for the camera to be on both sides of the band. This means that you would even be able to shoot 360-degree photos. When it comes to controlling the camera, the patent proposes several different ways. You can pinch the band, press a button on it, or tap the smartwatch screen.

For now, this concept is merely a patent. There are some limitations to the execution of this idea, such as battery life and the required space for the optics and sensor. All that means that there’s no guarantee we’ll ever see this smartwatch on the market. The idea sure sounds interesting, and we’ll see if and when it will actually come to life.