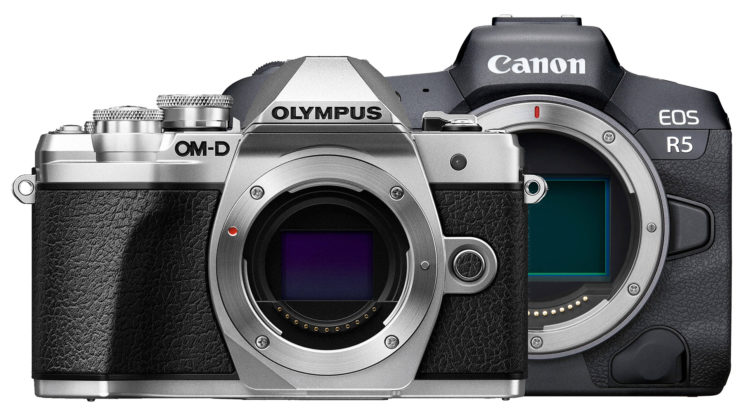 The camera market is an interesting thing, especially when it comes to sales. Depending on how we look at the data, it can show very different results. Two reports confused me at first, with one declaring Olympus as King in the Japanese mirrorless market, holding four of the top ten spots on sales while another says that Canon’s EOS R5 was outselling every other interchangeable lens camera available.

Well, it turns out they’re both right. For the first six months of 2020, one report shows that Olympus holds the Number 1, 2, 6 and 10 spots on mirrorless camera sales collated from Japanese retailers. The other is a little more recent, covering the first two weeks of this month, showing that the EOS R5 has been outselling every other mirrorless camera currently available.

The first report by BCN Retail collates sales data from Japanese retailers and covers the period of the first six months of 2020. Given such apparently strong sales, it does makes one wonder why Olympus has been struggling so much that they decided to sell the imaging division to JIP.

BCN Retail doesn’t state exactly how many sales each of the kits above have had, although I’m curious how this ranking would look if colour were taken out of the equation. The OM-D E-M10, PEN E-PL9, A6400 and EOS Kiss M (EOS M50) all feature twice in different colour combinations. So, it’s essentially six different cameras.

I’d also be curious to find out who the next four in line would be if colour weren’t a factor. And I really wonder how Olympus will place in the last six months of the year once that report comes out.

In the more recent list by CAPA, we’re only looking at August 1st to August 15th, 2020. The most very recent camera sales. Interestingly, only two of the cameras from the above list also remain on this list of most recent sales, although the Canon EOS R5 takes the lead, despite a lot of complaints about its video performance.

CAPA’s list also doesn’t distinguish camera colour, lumping each model into its own listing regardless. And as you’ve probably noticed yourself, this list also appears to be all interchangeable lens cameras, including DSLRs, not just mirrorless. It’s nice to see that there are still a couple of them on the list, although, surprisingly not the Canon EOS 1DX Mark III.