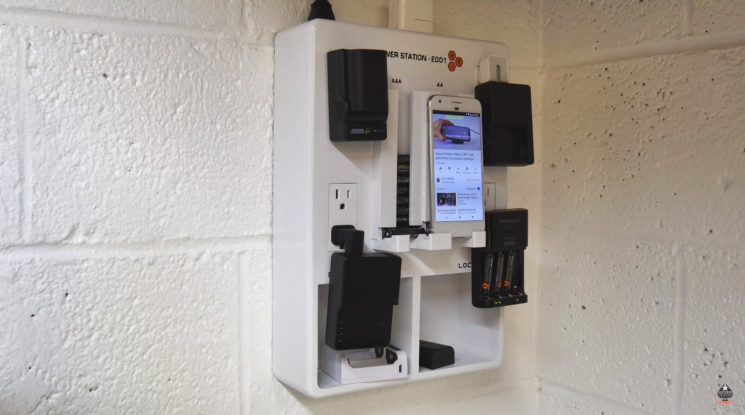 Organizing all sorts of batteries and chargers is always a big problem among photographers. We’ve seen quite a few crafty people tackle this problem by creating their own charging stations. However, none of them could ever be as remarkable as the Nostromo-inspired version that Eric Strebel built. In this video he shows you exactly how he did it.

The charging station features regular sockets for charging gimbal and camera batteries. But it also has storage for AA and AAA batteries, as well as a phone/tablet holder and charger. It’s pretty neat especially that it looks like it truly belongs to the Nostromo spaceship with its sleek design. Apart from that, it even has futuristic vinyl labels to complete the sci-fi appearance.

Building the charging station definitely requires some skills and proper tools. Nonetheless, it’s certainly a great project to tackle if you have a workshop. The station comprises mostly of MDF, or medium density fiberboard commonly found in furniture. Although it’s a relatively easy material to work with, it can also be hazardous to health. MDF emits small amounts of dangerous chemical formaldehyde when you’re working with it. So, to be safe, wear a mask while sawing pieces of it (as Strebel warns). Nevertheless, it should be safe once it’s painted and installed. 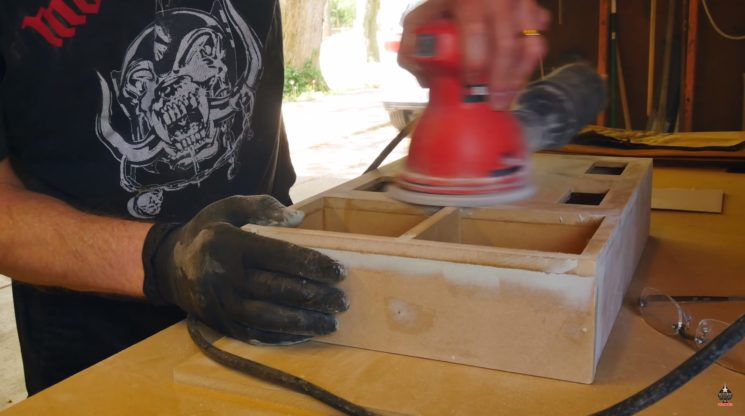 Once Strebel finished cutting the pieces of MDF, he glued and air nailed them together. He also drilled holes where he later on installed decora outlets and connected them to an old power server connector. He then smoothed out the box with Bondo and sanded the corners. After that, he sprayed it with primer which he recommends is essential because MDF tends to soak up the paint. 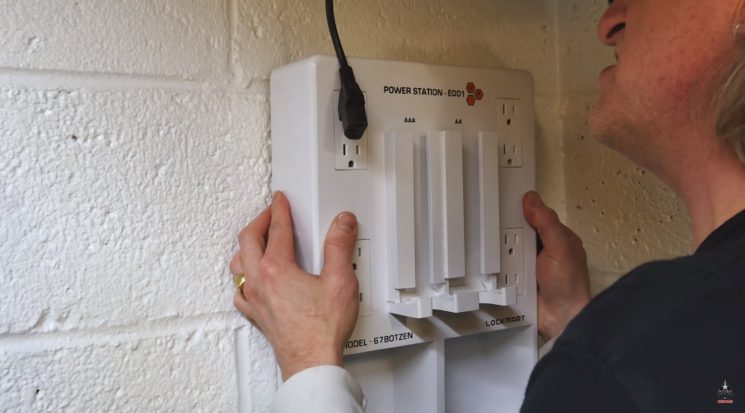 I was quite impressed with how the charging station looked when Strebel finished it. Of course, since he’s an industrial designer, you can expect his work to be that good. Too bad I don’t have what it takes to build something like it. If he’s thinking of mass producing it, though, I’ll be the first in line.

So, what do you think of Strebel’s sci-fi charger?

Create an Epic DIY Battery Charging Station For Your Gear