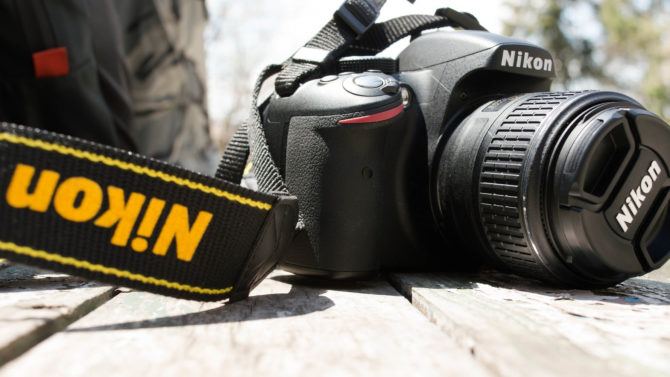 Nikon have released the financial results for the Image Products Business for the first quarter of the year. The report mentions that sales have dropped 8.9%, although net income has increased 176.2% over the same period last year.

Another report by Credence Research suggests that this may be the beginning of a trend. They cite smartphones and tablets as the biggest threat to both fixed lens and interchangeable lens cameras.

Credence believe that digital cameras will continue to prop the market up for the next few years. What exactly they class as a “fixed lens camera” isn’t clear from the summary. Is it just larger sensor cameras like the Fuji X100T? Or do they include all cameras that don’t function as something else like phones? Does it include 360° VR and action cameras? Both of those are definitely on the rise. 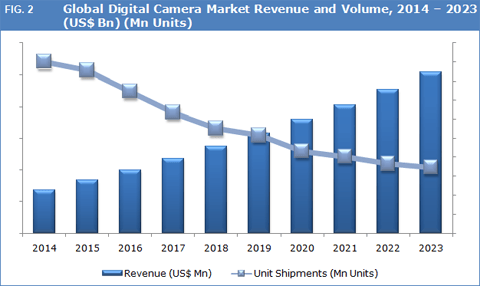 If sales are going down, it does make one wonder where all the extra money will be coming from. I can’t see too many people ditching their DSLRs or mirrorless in favour of cellphones and tablets. But those DSLR and mirrorless users might be the few that remain in the above graph.

It could simply mean that the lower end of the market is being phased out. When was the last time you actually bought a point & shoot or bridge camera? I quit looking at them when I got an iPhone 4S several years ago. These days, a point & shoot would have to be pretty impressive to tear me away from my iPhone SE.

With sales going down, and revenue so high, it does make you wonder how expensive the cameras will get. Perhaps they just expect more people to jump straight from their phone to a Nikon D5 (or whatever the current high end models are at the time).

I don’t think it’s too unreasonable to assume that camera buyers, whether mirrorless or DSLR, are becoming more discerning. They’re buying higher end gear sooner in the hopes of growing into it. Or, they just don’t want to have to replace something entry level after a couple of years and waste money.

If you want to read the full report, and have $4,325 burning a hole in your pocket, you can get it here.

How do you see camera sales going in the future? Let us know your thoughts in the comments.

Can you spot doctored images? This study suggests you can’t