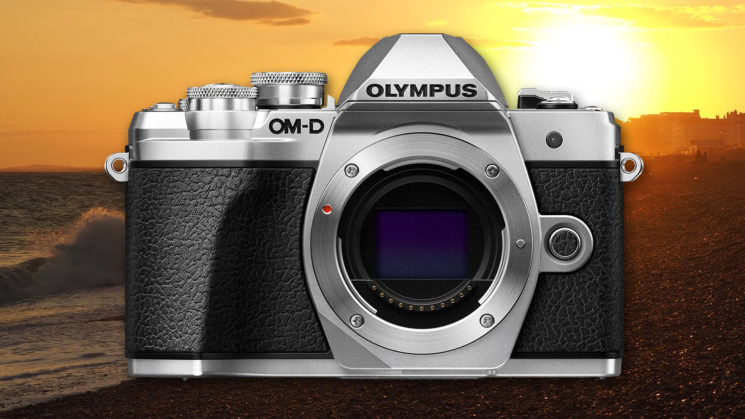 The Olympus OM-D E-M10 Mark II was pretty much everything anybody could want in an entry level mirrorless camera. It’s fairly inexpensive, small, feels like quality in your hands, offers a great feature set, and produces great images. While the newly announced Mark III might not seem that different, it has received a couple of pretty significant upgrades.

Gavin says that anybody who’s been used to shooting the Mark II should feel right at home with the Mark III. The in-body image stabilisation work as well as ever, and with the 14-42mm kit lens, it’s a great walkaround solution.

But let’s look at the overall stills specs… 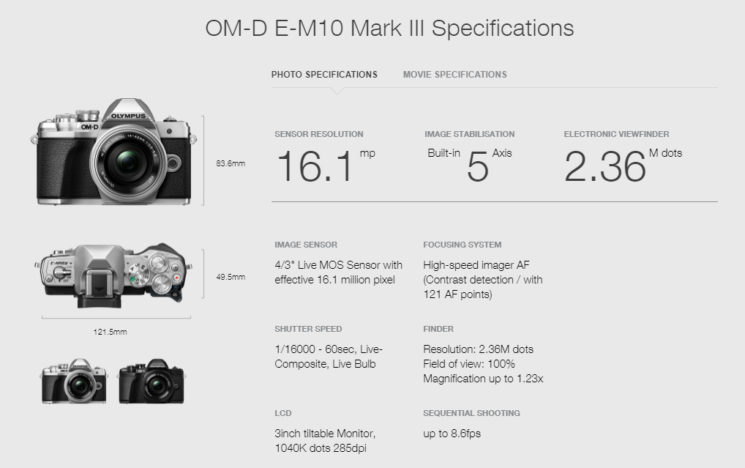 The continuous shooting speed has added an extra 0.1fps and the LCD’s a hair higher resolution. Other than the 121 point AF system, everything else is largely the same. There’s all the usual features we’d expect in a modern camera. Wi-Fi, touch sensitive tilting LCD, etc. And we know they probably work quite well, because they worked quite well in the Mark II.

The video specs also look quite good for a camera at this price bracket. The addition of 4K video will likely attract a number of customers wanting to shoot something a little higher resolution. Especially when so many other manufacturers seem to stick with 1080p in their recent entry level body releases. Of course, it’s much easier to implement with the smaller Micro Four Thirds sensor. 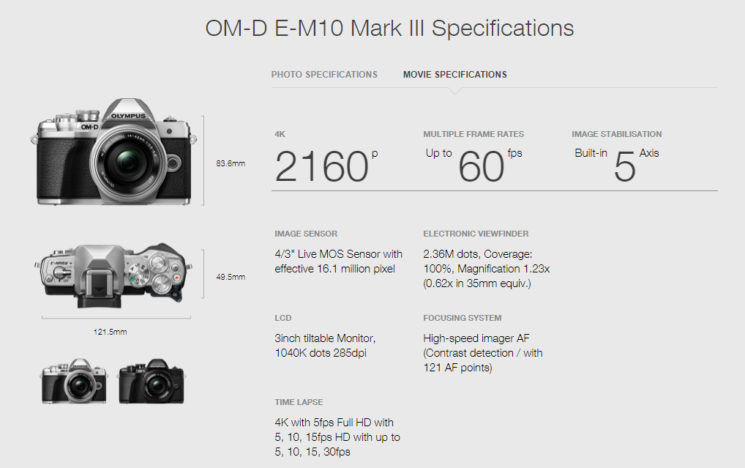 The overall specs on the Olympus site are a bit misleading. It says 2160p (4K UHD), and frame rates up to 60fps. But, that 60fps is only available when shooting 1080p. At UHD resolution, you get 24, 25 or 30 frames per second at approximately 102Mbps bitrate. Video recording lasts up to 29 minutes per clip, as we’ve come to expect. The in-body image stabilisation is also available while shooting video to help keep your shots smooth and stable.

You can check out the full specs over on the Olympus website. The Olympus OM-D E-M10 Mark III is available in two different colours (black or silver) and with or without a lens.

There’s also a couple of “Body Jackets” being released along with the camera. These are available in black and brown.

The camera, kit and body jacket options are all available to pre-order now at the links above. I haven’t seen word on an official release date yet, but I would expect it to start shipping in the next few weeks with pre-orders being available.

For the price, it doesn’t look like too bad of a camera, though, overall. If you’re looking to take the step towards shooting photos with a camera instead of your phone, it seems a good option. Of course, the Mark II was also a good option.