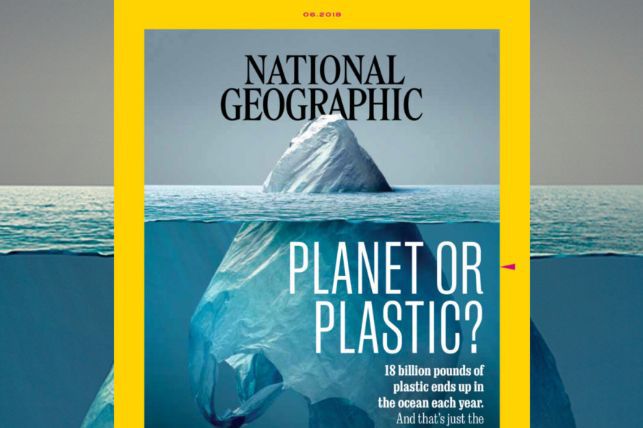 As a kid who grew up with a shelf filled with yellow spines, I can attest to the rhythm and general predictability of a National Geographic cover. With few exceptions (most notably those holographic covers from the 1980s), cover photography from the 1970s, 80s and 90s followed a familiar pattern of a far away place, strange creature, or “exotic” face in saturated color. We were armchair explorers living vicariously through the eyes of those famous photographers – Indiana Joneses with a camera.

In the mid-2000s, the editors started experimenting with studio photography and illustration – perhaps a tacit acknowledgement that the visual language of magazine covers had evolved. A few issues started to appear indistinguishable from something you might find on the cover of TIME. Conceptual illustration was rare, and when used, it lacked ingenuity and subtlety. Case in point: the September 2013 cover of the Statue of Liberty underwater to illustrate sea level rise. 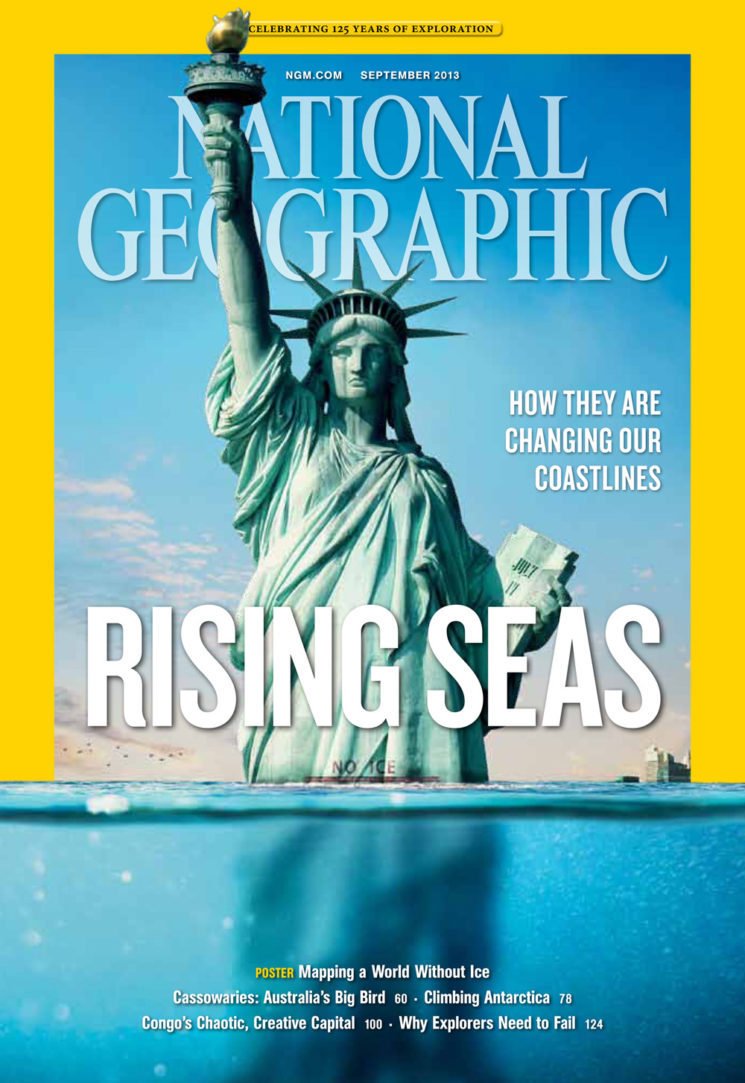 But the June 2018 cover is brilliant. 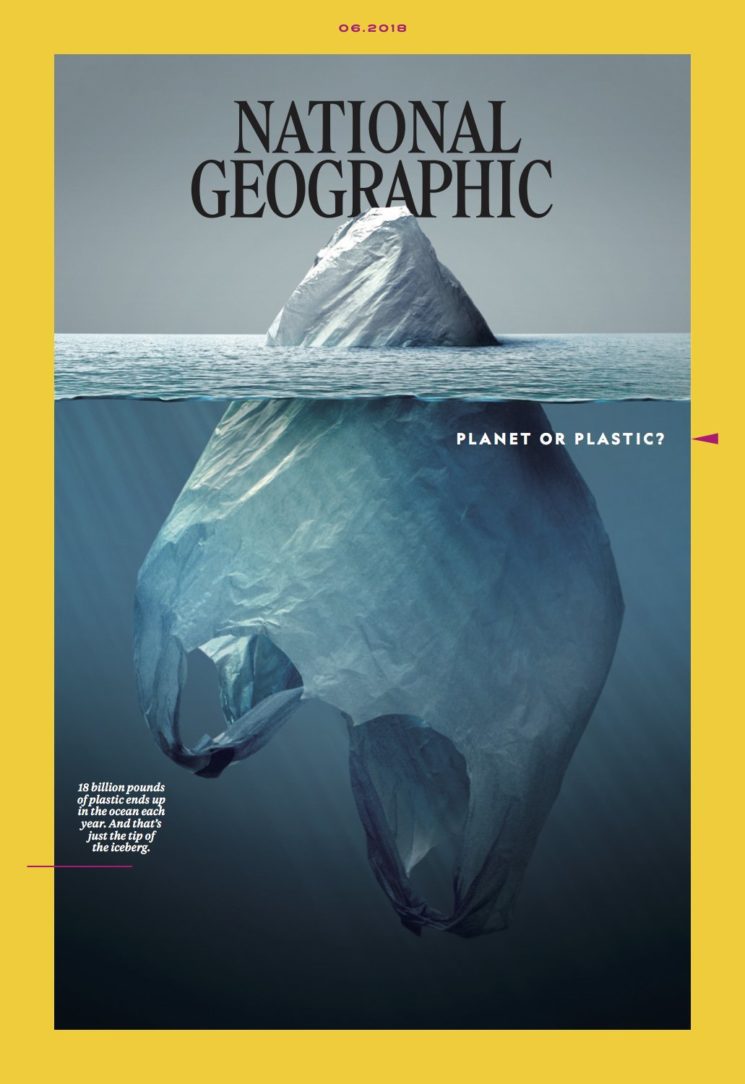 The photo illustration echoes Ralph A. Clevenger’s famous 1998 composite of an iceberg.

The image was created by Jorge Gamboa of Mexico and won 1st Place in the “Political or Social Posters” category of the Bienal del Cartel Bolivia 2017, aka BICeBé. As we confront the enormous environmental and health cost around single use plastic, the “tip of the iceberg” concept couldn’t have been more apropos.

The image had been widely circulated on social media since its creation, but the use on National Geographic’s cover helps to launch their “Planet or Plastic?” initiative – a multi-year to raise awareness of “the global plastic crisis and reducing the amount of single-use plastic that is polluting our world’s oceans.”

“Pick up” (aka stock photography) is an atypical choice for a National Geographic cover and traditionalists might scoff at the use of a photo illustration, but considering the topic, this cover could hardly be executed more effectively.

Barbie is now a photojournalist, and she works for National Geographic