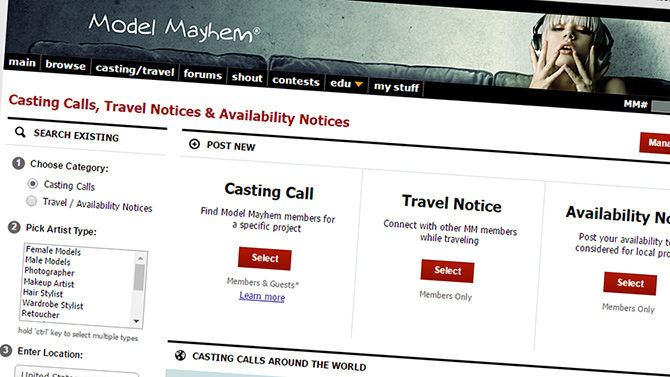 The case of Jane Doe No. 14 v. Internet Brands, Inc. is one that many were following with great interest, and Internet giants like eBay and Facebook told the court that the lawsuit would have a “chilling effect” on the Internet.

While what happened to Doe was tragic, she felt that Model Mayhem were responsible for not warning her of the dangers from other members on the website.

Internet Brands purchased Model Mayhem from founders Donald and Taylor Waitt in August 2010. The Waitts sued Internet Brands for not paying them, to which Internet Brands responded by claiming that the Waitts had failed to disclose an ongoing criminal investigation into Lavont Flanders.

As part of Doe’s action against Model Mayhem, filed in 2012, she alleges that in February 2011, two men used the site to lure her to a fake audition. Upon arrival, she was drugged, and then raped with the acts recorded on video.

Lavont Flanders, along with Emerson Callum, were convicted of sex trafficking in Miami, and in February 2012 they were sentenced to 12 consecutive life terms in prison.

She claimed that the owners of Model Mayhem knew of the criminal activity, and failed to warn her or other users of the site, and now holds them liable.

The case was dismissed in August 2012 in a California District Court, on the grounds that Internet Brands were immune from prosecution under the Communications Decenct Act, 47 U.S.C. Section 230.

No provider or user of an interactive computer service shall be treated as the publisher or speaker of any information provided by another information content provider.

Basically, they’re not responsible for anything their users post or do as a consequence of using their service. This is in the same vein online classifieds sites, and forums aren’t responsible for users who fall victim to a scam.

In September 2014, the Ninth Circuit Court of Appeals concluded that the Communications Decency Act did not bar Doe’s claim, and remanded the case to the district court for further proceedings. In early 2015, the panel withdrew its opinion and agreed to rehear the case.

The court made a clear distinction between Doe’s failure to warn claim, and Section 230 of the CDA that provides liability immunity for website owners for content posted by it users. Doe’s negligent failure to warn claim did not seek to hold Internet Brands liable as the “publisher or speaker” of any information provided by a user, and therefore falls outside of Section 230.

Fast forward to now, and the panel again held that Doe’s case could proceed, with a new filing having taken place on 31st May, 2016.

Put simply, she’s not blaming them for what the pair did either on or off the site. She’s saying they should’ve warned their users that such people are using their site to find victims.

Again, what happened to this lady was absolutely tragic and nobody should ever have to go through anything like it, but to hold Model Mayhem responsible for not warning her that bad people use the Internet seems somewhat silly.

Regardless of what you may think of Model Mayhem, the best they could possibly have done at the time was to say “Hey, be careful out there”. Which is simple common sense when it comes to meeting people in person for the first time after having only ever spoken to them online.

They couldn’t exactly call out members who hadn’t been proven and convicted in court as guilty, even if the suspicions had ultimately been true.

That being said, Model Mayhem have started taking steps to help protect their users with the roll out of “Verified Credits“, at the expense of hindering newer users hoping to get their first shoot.

Now that the case is firing back up, it will be interesting to see how things progress. Sure, it could be argued that websites have a responsibility to protect their users, but one could equally argue that adults should be responsible for their own choices, and the research they do or don’t put into making them.

What are your thoughts on the case? Let us know in the comments.

« Instamuseum turns your Instagram account into a virtual reality 3D gallery
Want to shoot 3D photos and video with your phone for $35? Well, soon you can… maybe »