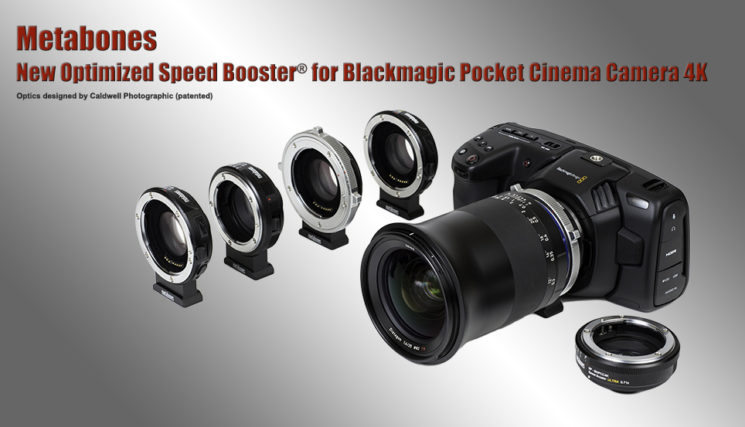 Metabones Speed Boosters and focal length reducing lens adapters from other brands have become very popular over the last few years as more people take to smaller sensor formats like APS-C and Micro Four Thirds for shooting both stills and video. There are a number of them out there now, although Metabones continues to be held in the highest regard. Now, Metabones has announced a new series of seven Speed Booster adapters specifically designed for using various non-Micro Four Thirds lenses with the Blackmagic Pocket Cinema Camera 4K.

There are seven adapters in total, with each offering either a 0.71x or 0.64x magnification, giving you back some of that wider field of view you’d see on a larger sensor and a little more brightness (hence the name). While you can use Metabones’ standard Micro Four Thirds Speed Booster adapters, these are optimised for use with the Pocket 4K, specifically to get around the “filter stack thickness” issue of Blackmagic cameras, which they say is substantially thinner than that of standard Micro Four Thirds camera 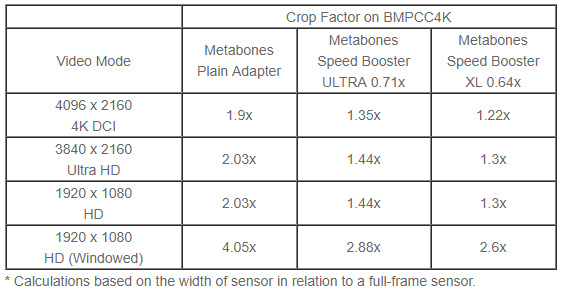 Metabones says that the thickness of the camera’s filter stack is important to the overall optical design, and re-designing the optics in the new adapters ensures that lenses see the same high performance as the standard versions on other MFT cameras like the Panasonic GH5. As well as optics, the rings themselves have seen a little design change, featuring a longer tripod mount to match the height of the Pocket 4K camera, allowing for easy mounting of both the camera and Speed Booster to a long tripod plate.

There are four flavours available, for Canon EF, Canon EF CINE, Nikon G and ARRI PL. The Nikon and both Canon Speed Boosters come in 0.64x and 0.71x magnification options, while the ARRI PL is only available as a 0.71x. And Metabones specifically warns that these cannot be attached to any MFT cameras except for the Pocket 4K.

The new BMPCC4K Speed Booster adapters are available to buy now from the Metabones store, no doubt to much joy from many Pocket 4K owners, and should be hitting the usual retailers soon.