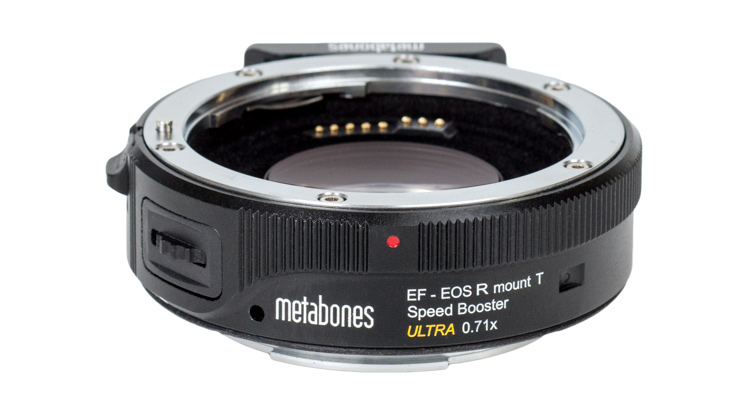 It might seem strange to produce a speed booster that converts full-frame lenses to full-frame. But with the Canon EOS R and EOS RP mirrorless cameras, when you’re shooting 4K video, you’re not exactly using the entire full-frame view of the sensor. The Canon EOS R has about a 1.75x crop factor, and the EOS RP has a 1.64x crop factor (similar to APS-C).

The new Metabones EF-RF Speed Booster ULTRA 0.71x, however, helps to reverse this problem. It widens the view when EF lenses are used on the EOS R and EOS RP to 1.24x and 1.15x respectively when shooting 4K video.

Unlike many other speed boosters, such as those for Canon EF to Sony APS-C E Mount and Micro Four Thirds mounts, these aren’t designed for shooting stills. With both the EOS R and EOS RP, when you’re using full-frame Canon EF lenses with the standard EF to RF adapter, you see the full-frame field of view. But when shooting video, you do not. And that’s specifically what this adapter is intended for. 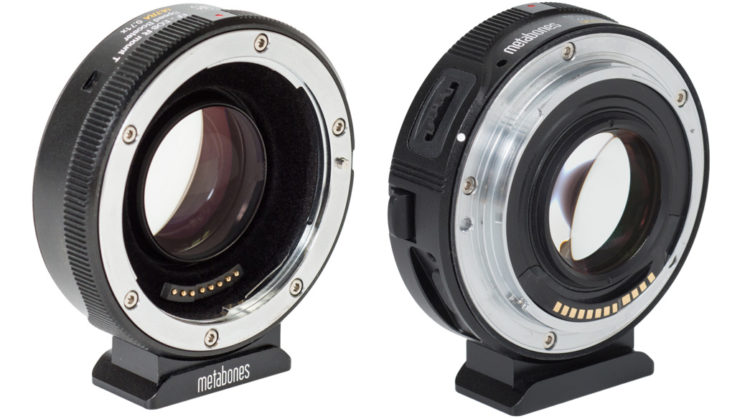 As well as widening the field of view, you also gain about a stop of light coming in through the lens, as the wider field of view is now packed down into a smaller area of the sensor. Its optical makeup comprises 5 elements in 4 groups and supports autofocus, dual-pixel autofocus and video autofocus.

Although you’re still not quite seeing the entire full-frame field of view, it’s certainly much wider than it would otherwise be – even with native RF mount lenses, which also crop down when shooting 4K. Metabones says it adjusts the focal length and aperture in the EXIF data, too – although there are some exceptions with faster than f/1.4 lenses (see Note 3 on the product page).

As well as autofocus and EXIF adjustments, you also get support for Image Stabilisation, and there’s a built-in multifunction control wheel for adjusting ISO, shutter speed, aperture control or depth of field preview and an LED indicator to show communication status. Inside it’s flocked to reduce internal reflection, and the Arca Swiss, Markins and Photo Clam compatible tripod foot is removable.

This would’ve been an awesome product a year ago. But now? I’m not so sure. With the EOS R5 on the way, and possibly a 6D-like EOS R6, the former of which will utilise the entire sensor for 4K and higher resolution video and the latter expected to offer full-frame 4K, is this adapter quickly going to become a redundant product?

The Metabones EF-RF Speed Booster ULTRA 0.71x is available to buy now for $479.