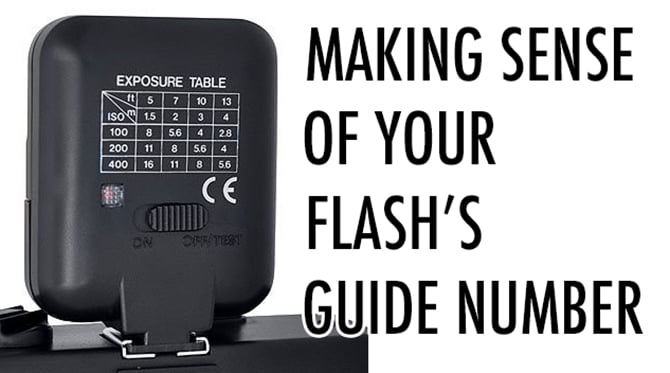 If you’ve been reading my posts here at DIY Photography for a while, you probably already know that I generally don’t spend too much time on some of the more technical aspects of photography. I’ve covered legal issues, written some fun reviews, and put some myths to rest, but I pretty much spend most of my time here howling at the moon. Okay– maybe not literally howling at the moon, but the opportunity to share whatever random thoughts have been bouncing around in my head a couple of times each week is a privilege I don’t take lightly– even when I’m ranting. I’ve decided that today’s going to be a little bit different. Today we’re geeking out and deciphering one of the greatest photographic mysteries of all time– your flash’s guide number.

When it comes to flash specs, it doesn’t get much more confusing than the guide number (GN). Why is it so confusing? There are several reasons, actually, but the biggest reason of all is that the GN was never supposed to be a rating of flash output. It was, however, used to set the correct aperture for proper flash exposure at a certain distance. With me so far? Good. Let’s assume that you are placing a flash with a GN of 80 10 feet from your subject. Since 80÷10=8, you would dial in an aperture of f/8 for proper flash exposure. Obviously “proper” means different things to different people, but you can see how the GN gives the photographer a starting point when it comes to setting exposure values. The same flash at 20 feet, for example, would use an aperture of f/4 (80÷20=4).

I suppose the argument can be made that automatic flash and TTL metering have rendered guide numbers almost obsolete. In the early days of electronic flash, there was no such thing as TTL metering. Everything was manual. As a result, most units had a dial like the one pictured below or a small chart which the photographer could use to make a quick determination of the proper f-stop for the distance they were shooting. It was at this point that guide numbers became almost synonymous with flash power. Regardless, though, of whether you are using your speedlights in TTL or Manual mode, GN is simply no longer the factor that it once was. Except for when it still is. 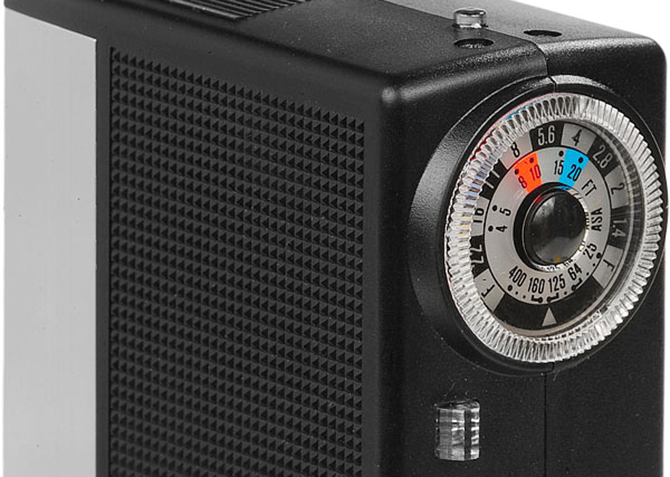 Some speedlights– including the Nikon SB-800 units that I like to use on location– have a GN mode. It’s basically a distance-priority manual flash mode. Based on ISO and aperture values selected by the photographer, the flash controls the light output based on distance to the subject. In some ways, it’s a reverse guide number mode. Rather than tell the flash how much power to kick out, we give the flash the information it needs to make that determination for us.

What About Lens Coverage?

If you really want to make your head spin, go to the manufacturer’s website and check out the technical specs for your flash. Take a look at the lens coverage information. I honestly believe that special people are hired to make this as confusing as humanly possible. The bottom line is this– when we are talking about lens coverage, we want to make sure that our flash is powerful enough to cover the lens’ angle of view. In the graphic below, we see the angle of view for three common focal lengths. I’m pretty sure that most of us don’t really think about this when buying a new flash, but knowing with certainty that your new investment will be capable of properly lighting the field of view should warrant at least passing consideration. 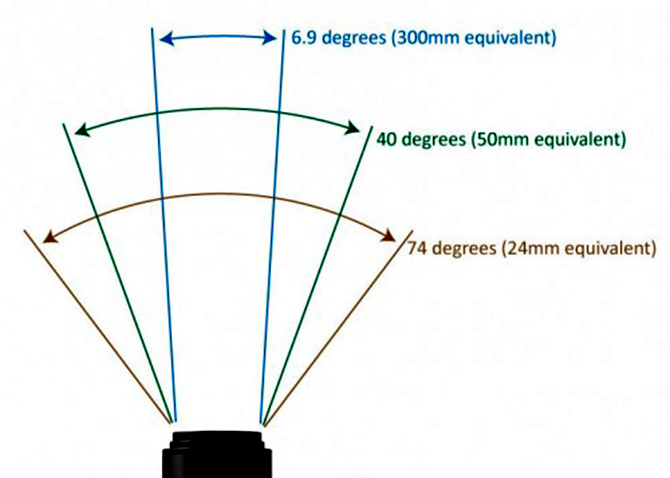 Remember a minute ago when I said that the guide number really has nothing to do with establishing flash power? While it’s true, I think it’s important to point out that when considered together, guide numbers and lens coverage can at least form a solid basis of comparison between two different flashes. If we go back to our GN 80 flash from the example above, we’ll find that a GN 80 flash that covers a 24mm lens angle of view is more powerful than a GN 80 flash that only covers a 50mm lens. Covering the wider angle simply requires more power.

Keep in mind that all of this assumes you are using a bare flash. The effective range– and therefore the guide number– of any flash will be affected by the use of diffusers, soft boxes, or any other type of flash modifier, as well as whether the flash head is zoomed out or not. Also, remember that guide numbers are usually calculated based on a full-frame (35mm equivalent) sensor. Values will skew somewhat on a crop sensor camera.

So, What’s the Point?

So much of what we do as photographers has its roots in film photography. Most of our concepts made smooth transitions when photographers came to grips with the notion that digital was here to stay. The Almighty Guide Number, however, was not one of them. The math and science behind it still rings true, but advances in flash technology seem to render it unnecessary. From my perspective,  as long as flash manufacturers continue to put guide numbers at the very top of the list of specs, I think it’s important that we understand how the concept works and how it affects our photography.

This video shows how a sense of taste can inspire photography

This video will help you make sense of HEX color codes