The Hartmann mask and Scheiner Disk are simple devices for making focusing a lens easier. They require that you target is a point of light, such as a star or distant planet, therefore are no good for day-to-day use.

A Scheiner Disk is a mask with two holes, whereas a Hartman mask has many holes (typically three).

The mask is like a lens cap with holes in. The holes are positioned in such a way that when out of focus, they cause multiple diffraction images as shown in the first image. As the lens is focused they merge into a single point, and then beyond focus, they separate again. 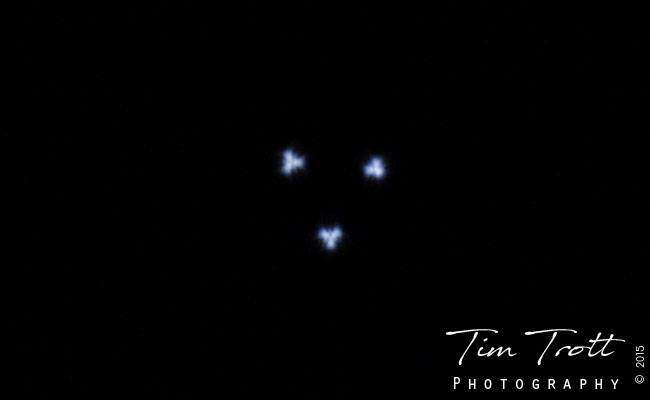 Hartmann out of focus 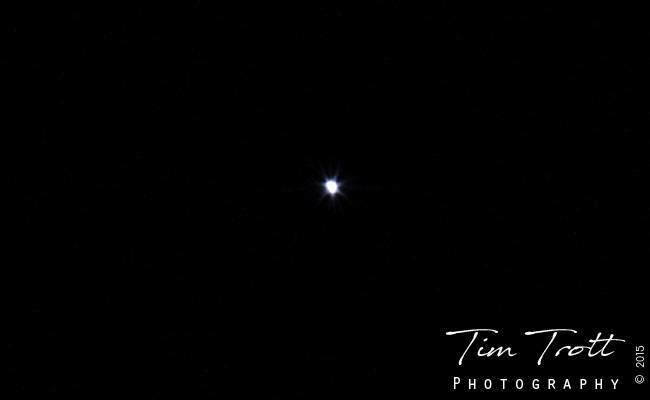 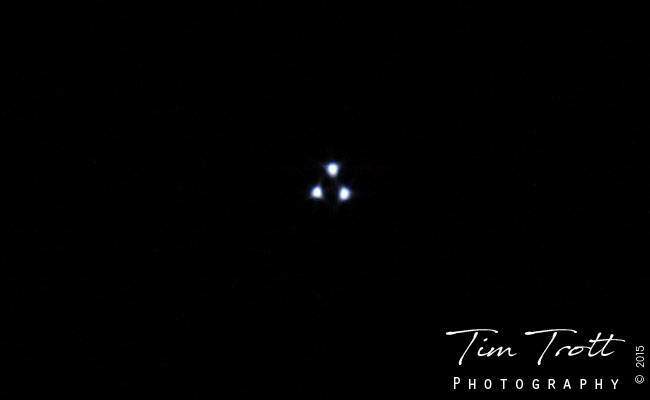 I haven’t been in astronomy very long, but a Hartmann mask is one of the most useful accessories that I have used. It makes focusing so much easier and sharp images can be had in seconds. What makes it even better is that you can make one for free!

My mask is constructed from an old Amazon box. I tracked down the printed template with sticky tape and I cut out around the perimeter, leaving an approx 2cm gap around the edge. This is to allow for the rim to be created. 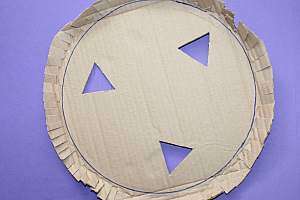 Next I cut out the three triangles with a Stanley knife, and then cut slits into the 2cm border and fold them up. I taped these up with Duck Tape to allow the mask to slot over the telescope aperture. 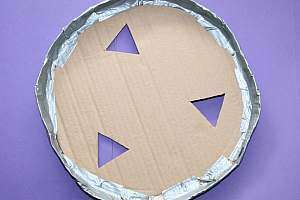 I spray painted the back matte black to avoid any reflections caused by the shiny Duck tape which may create interference which may affect focusing. 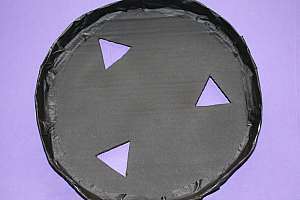 Finally I used some 3M double sided tape to stick foam pads to the inside edge to keep the mask in place on the telescope. 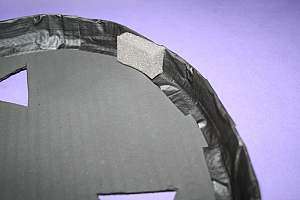 You could have a mixture of circles for light gathering and triangles for diffraction. I imagine this would create an interesting pattern and I will try it some time.

Tim Trott is a web developer, photographer and an amateur astronomer from Bristol, now living in Glasgow. You can find more about him and his work on his website, and also follow him on Instagram, Flickr, Twitter and his YouTube channel. This article was also published here and shared with permission.