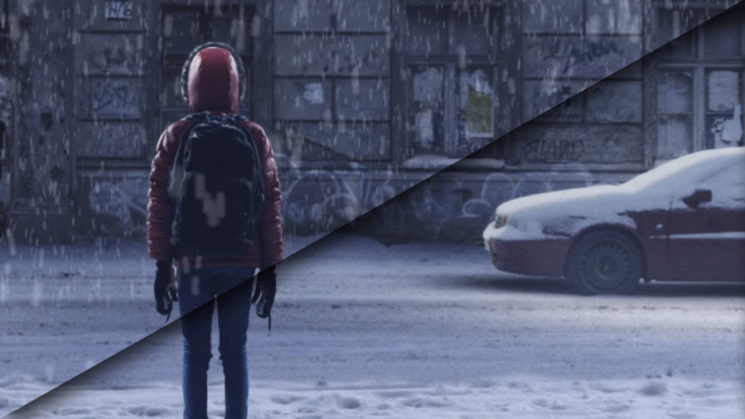 Well, ’tis the season. Although some of us might be living in a winter wonderland, that’s not all of us. So, perhaps our videos need a little artificial assistance to give them some of that “Christmas spirit”. Well, this short video from Adobe shows us how we can add foreground and background snow to our scenes in just over a minute using Adobe After Effects. 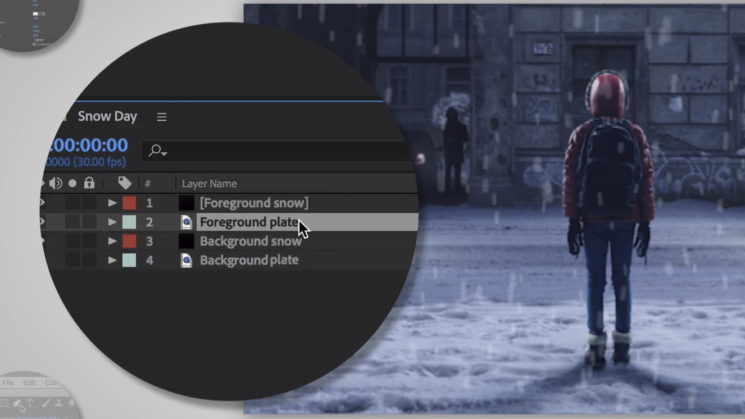 The two black solid layers should be set to Screen blending mode with the CC Snowfall effect applied. The “Background snow” layer should have a lot of small snow particles while the “Foreground snow” layer gets fewer, larger snow particles. The “Foreground plate” layer is the duplicate of our footage, and this we mask around the subject that we wish to be in front of the background snow. This results in layers that look something like this. 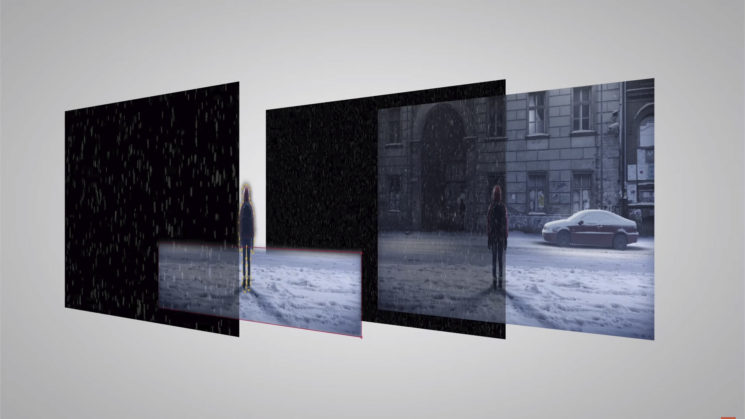 The example shown in the video is based on a still image, which is then animated with the addition of the snow. It does make for an interesting cinemagraph style shot. But you can apply this to actual moving video, too, it just requires a little more work.

For a start your mask would need to be animated to account for both a moving subject and possibly moving camera. This means you’d also need to animate the snow moving to match the camera, too. And I think that to really sell it, you wouldn’t just want to have the snow falling straight down, either. So, you’d want some kind of “air turbulence” to give it a more natural and organic movement.

But, at that point, you’d probably be better off just creating your own snow with a particle simulation using the CC Particle World effect.

It’s still a very neat and quick technique for making wintery cinemagraphs, though!

« 5 tips for shooting portraits in harsh midday sun
$35,000 worth of gear stolen from The Camera Store »