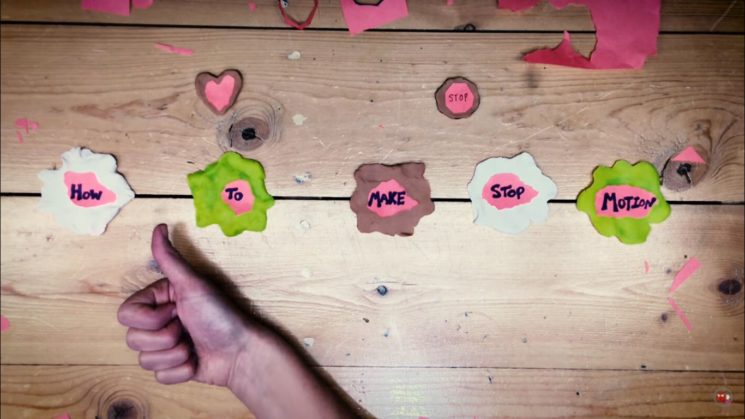 So, you’ve seen plenty of splendid stop-motion videos, and you’ve finally decided to make your own. Rob Nelson of the Rob & Jonas duo will show you where to start and how to make your very first stop-motion video. You don’t need fancy gear and a lot of money to start. If you have a smartphone, it’s basically free. You need some props, a few hours of your time and the willingness to do it, that’s all.

As I mentioned, making a stop-motion video will take up some of your time. Rob writes that it will probably take you around 3 hours for the first one, which doesn’t sound too bad at all.

Rob mentions four categories of stop-motion, which could help you get to know the genre and decide what to make:

Alexander Unger, one of the artists Rob features in the video, uses a DSLR and Dragonframe software to create his animations. The software costs around $300, which can be a bit too much for just playing and having fun with stop-motion. But if you ever plan to make a bigger project, maybe it’s also not a bad solution.

Anyway, since we’re dealing with a virtually free way to create a stop-motion video, let’s get back to it.

First, think about what you want to make, and I suggest that you start with something simple. Rob uses Stop Motion Studio app, which captures one picture at a time onto your timeline. You can pause it at any time and review the frames, delete the shots and so on. It’s free for download, so you can get it straight away and try it out. I downloaded it, and it’s very intuitive.

Rob shares some basic concepts and things to consider before and during creating your stop-motion:

I’ve always been into watching stop-motion videos, but it always seemed too complicated to make them myself. Rob has made it look simple, at least when you just want to play with the technique. So, I’m now into creating my own stop-motion video. If Rob’s tutorial has inspired you to try it as well, feel free to share the results with us. Good luck!