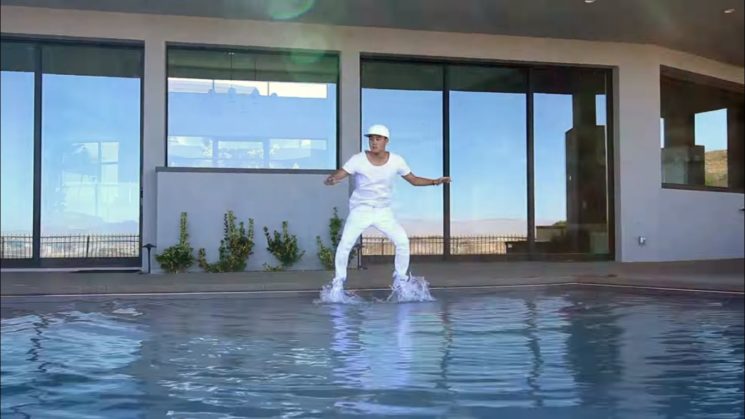 Comedian Ryan Higa says he’s not very good at dancing. So he found a solution how to dance without moving, and the solution is stop motion animation. It took almost a week of standing still and over 4,000 photos to turn Ryan into a dancer who can pull of all sorts of wacky moves, and even walk on water. The stop motion video he ended up with is pretty awesome, and he also shared the BTS video to show you how it was all done.

Ryan had a crew working with him on creating this video. Guys dressed entirely in black were dance coaches who helped him take the dance positions. In the BTS video, you can see how some of the most incredible moves were pulled off. My favorite part is shooting the effects in the swimming pool. They look epic in the final video and totally hilarious and fun behind the scenes.

The BTS video also shows how much time and effort it takes to animate only a few seconds of the video. But in the end, I’d say it was all worth it. Ryan and the team made a really amusing and complex stop motion animation and I’m sure you’ll have fun watching it.