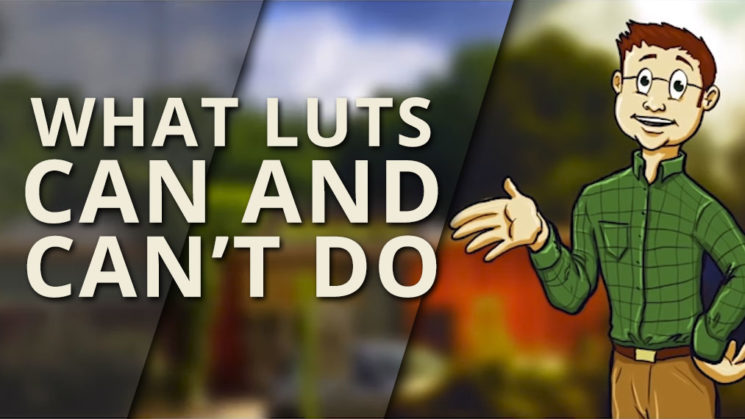 LUTs, or Look-Up Tables, were relatively unheard of until a few years ago. Now they’re everywhere. It’s like everybody has a LUT pack available for download. But, just as with Lightroom presets, LUTs are not a magic bullet. They can’t make a bad shot look amazing, and they can’t relight your scene.

This video from Casey Faris is a follow-up to an April Fool prank he posted at the beginning of this month. The prank was about the new Pegasus “Magic LUT”. It was an amusing video, but quite a few people fell for some of the things mentioned early on in the video. This time, he breaks LUTs right down to cover exactly what they can and can’t do.

LUTs are basically a table (hence the name), which maps one set of colours to another. In the video, Casey illustrates this with an imaginary machine that changes the colour of cats. Feed the machine a cat of a given colour and it spits out a cat of a different, specific colour. a LUT is essentially a collection of lots of these machines. Eventually, you get to a point where you’ve covered all possible colours of input cat. So, it’s like that. Except, without the cats. 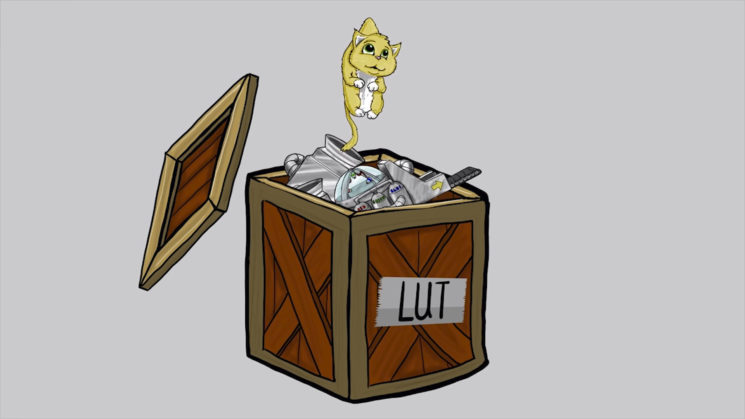 There are two main different types of LUTs. Corrective LUTs and creative LUTs.

Corrective LUTs are for turning the various Log format footage from Sony, DJI, Canon, etc. into a more standard look. They bring back the basic contrast and colour to give you a “correct” looking image. They let you get consistency between multiple cameras. Want to shoot with Sony S-Log, Blackmagic CinemaDNG and a DJI drone? No problem. Corrective LUTs bring them all to a single standard.

Creative LUTs typically go on top of the corrective ones, although they can include correction for specific cameras, too. These are used to apply creative colour grades to your footage. Once you’ve edited all your Sony S-Log, Blackmagic CinemaDNG and drone footage and applied the corrective LUT, the creative LUT will let you adjust the colours in them all equally to give you the final look you want.

Casey goes into some detail about how LUTs are used in Premiere Pro. But LUTs can be used in many video editing applications these days. These include Adobe Premiere, DaVinci Resolve and there’s a plugin for FCP X, too. Even Adobe Photoshop will let you load and create LUT files. But, again, all these two types of LUT do is map one set of colours to another. They’re not going to make a boring shot more interesting, and they can’t pull back blown highlights. All they can do is enhance what you’ve already shot.

So, if you’ve been confused about LUTs and what they can do, Casey’s video is well worth a watch.

And if you missed the original Pegasus prank video, here you go.

« Do you really need to safely remove your drives?
DxO to release updates to Nik collection in June despite going into receivership »