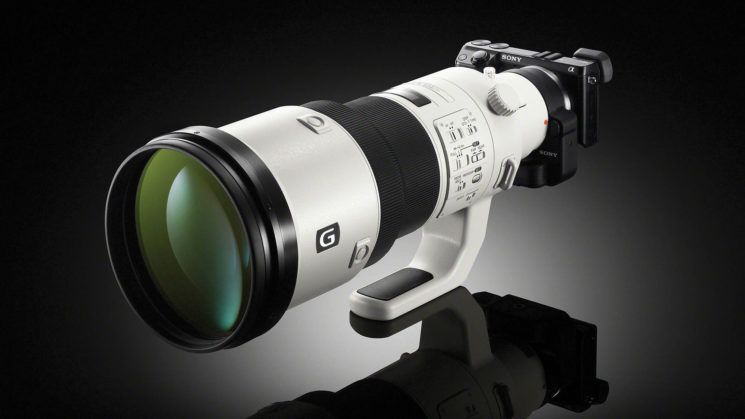 When the new Sony A9 announcement came, a fair few people were confused. It shoots up to 20fps with no shutter blackout. It has an apparently amazing autofocus system. It’s clearly aimed at wildlife, sports and action photographers. But it did raise the comment “Ok, Sony, Awesome. But where’s the long fast glass to go with it?”

Well, according to Sony Alpha Rumors, It looks like Sony may be ready answer that question soon. SAR say that they’ve received a couple of solid tips that Sony are developing a new 400mm lens, which would be ideally suited to a camera like the A9. But, there is a slight conflict in their sources. While both agree a 400mm is in the works, they can’t seem to decide if it’ll be f/2.8 or f/4.

The lens in the top photo is Sony’s current A mount 500mm f/4 G lens. This connects to their mirrorless bodies using an adapter like the Sony LA-EA4. The rumoured 400mm, however, is expected to have a native FE mount.

SAR trust their first source, but that source doubts the information. Their second source, which came a few weeks ago also mentioned a 400mm FE, but that it would be f/4. But it’s also possible that they could be developing both, as Canon have done. Whether it’s f/2.8 or f/4, though, it’ll be a welcome addition to any A9 sports or wildlife shooter’s kit. It probably won’t be cheap, though. Sony’s lenses are often at least as expensive as their Nikon & Canon counterparts.

As this is still a rumour, a price has not been mentioned yet, but the above should give you some idea. But, the types of people buying this kind of lens know it won’t be cheap. SAR suggests that a 400mm prime lens might be launched by the end of the year.