Even if you’ve never heard about Hamburg based studio, The Marmalade, there is a good chance you are familiar with their work. They are the studio responsible for many of the fascinating High Speed / Slow Mo footage in many commercials including Lipton Ice tea, Pepsi, Daimler, Dove and many, many others.

The studio specializes in creating incredible, slo-mo footage and they have perfected this into science. 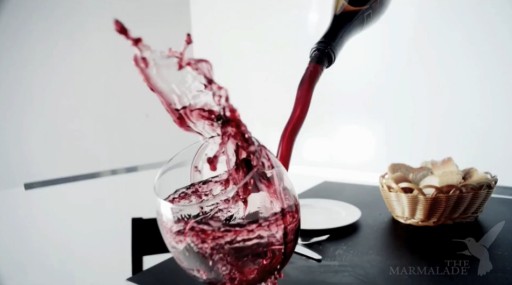 Their main difference from other slow-mo footage is that they are using a robot called spike to control the motion and focus of any standard camera. That enable the team to precisely repeat moves that would not otherwise be possible.

Spike’s extended arm has a reach of 1.6 meters. The robotic arm itself weighs 250kg. the base onto which the arm is fastened weighs about 300kg.

Here is how the team describes their robot building motivation:

Our customers want the unseen. They require a unique image for their brand that no one’s created before. That’s where we start.

We’re always striving to push the boundaries further and further, and that is who Spike was born.

High Speed shots has always been static. We wanted to set them in motion, something that was impossible up to now.

We said to ourselves, there must be a solution. We need software you could handle cinematically, something that would be able to move. It must be able to create more than just a nice image here and then a nice picture there. It needs to look good between those images as well it has to be programmable very precisely.

Here is a look into how the studio operates

[THE MARMALADE Identity via Von Wong]

P.S. if you have an entire day to waste, I dare you to check their projects gallery. You will not be able to stop.

How To Build A 22 Gallon High Speed Photography Studio