LED technology is currently developing at a rapid rate and in this article we look at how you can utilize the latest LED technology to light your images until the photographic lighting industry catches up. See how for under £20 you can make a portable, rechargeable light that can produce results like this in a totally dark room: 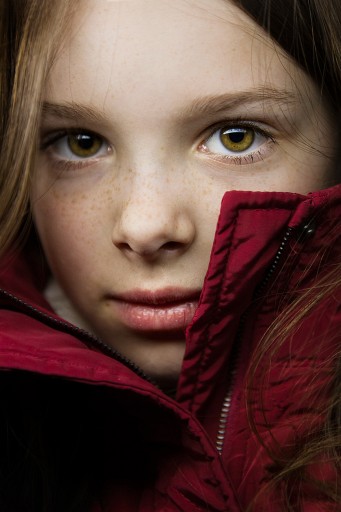 LED’s are light emitting diodes and they are very efficient at converting power into light. Sure, they’ve been around for a while and are now utilized in a range of Photographic lights and torches.

However, manufacturer CREE are currently leading the LED lighting revolution and their distinctive yellow XM-L LED is now widely available in a range of budget flashlights on Amazon and their brightness is game changing!

I recently purchased a Ultrafire torch from Amazon with two rechargeable batteries and charger for about £17.

Sure, one of the batteries is poor and it doesn’t pump out the claimed 900 lumen, but this thing is brutally bright and has real potential. 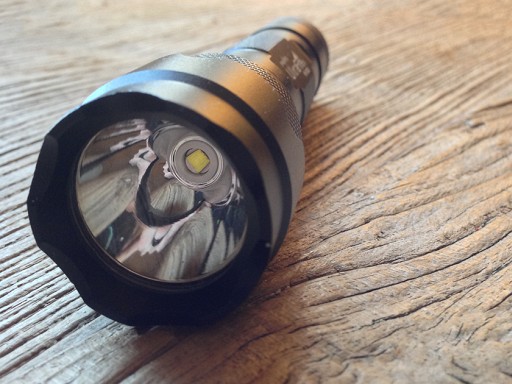 Let’s be clear…from a photography perspective, it’s too bright and harsh to shine directly at anything or anybody. So, you need to use a lighting modifier to diffuse it or use it in conjunction with a reflector.

If you’re a regular Lightism subscriber, you’ll recall I recently made a light from plumbers pipe and glowsticks for another article. Well, if you constructed one yourself what you’ve already made is an exact fit for the LED Flashlight, so you need to do, well, nothing!

Tip: Test the pipe with the torch before you buy it as some varieties are rather pink once lit!

Step 1: Measure 11” from either end of the 32” length of pipe and cut halfway through the pipe with a saw.

Step 2: Now cut the pipe down its width from the end nearest your cut, effectively removing a slice of pipe.

Step 3: Pop the flashlight snugly into the new opening. You can either simply hold it in place to use it now or fix it into place with the tie wraps. 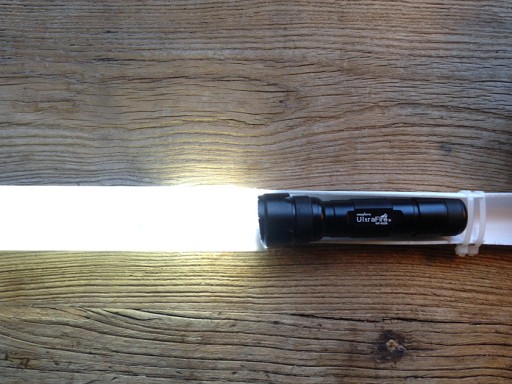 Step 4: The end cap is the same diameter as the pipe, so if you cut four small slices out if cap be forced into the pipe. (see picture below)

Before fitting it to the pipe, screw up a ball of tinfoil and place it in the end far of pipe to act as a reflector (I tried various things including mirrors) and force on end cap. 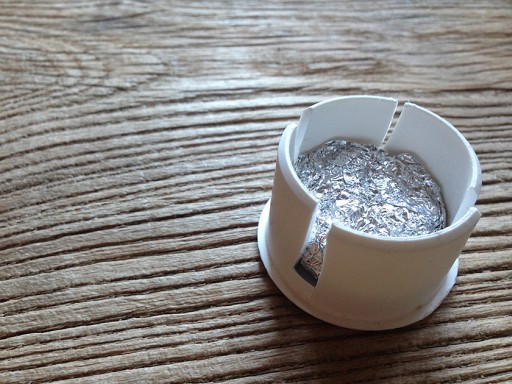 Step 5: You can also fit a length of thick black tape to the rear of the pipe to reflect the light forward. 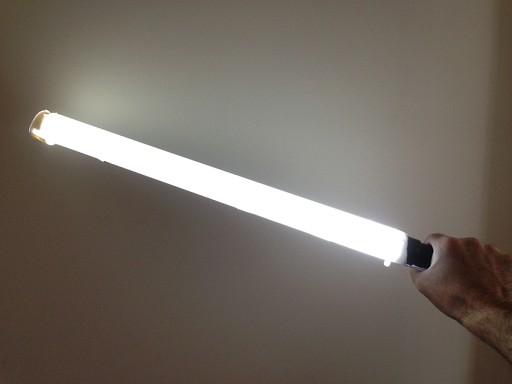 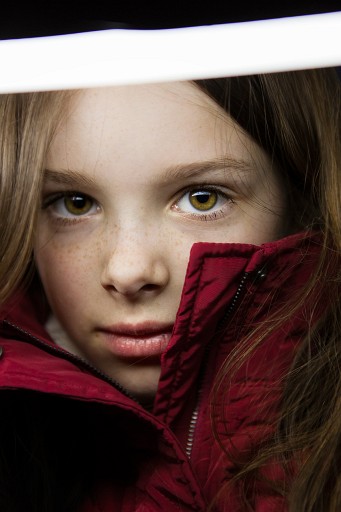 To save you the effort, I will show you a couple of fool proof setups in my forth coming 30 second portraits series, so subscribe or like Lightism on Facebook to keep up to date.

Simon Ellingworth is a professional photographer and the author of Lightism – a blog dedicated to helping people take better photos with whatever camera they have. This article was originally published here.