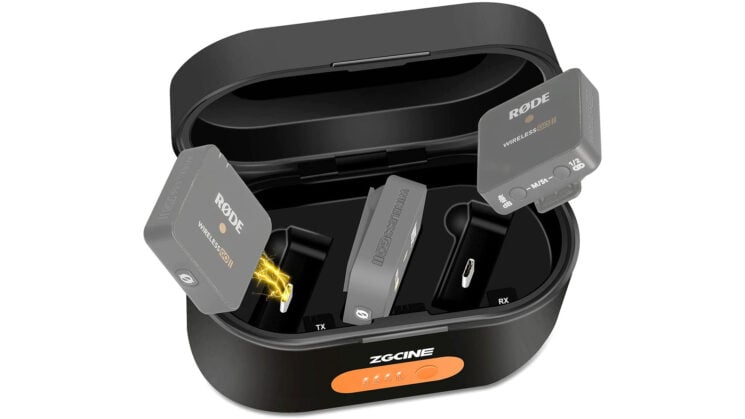 I’ve been doing a lot of research on little wireless microphones recently. Since Rode released the initial Rode Wireless GO (review here), there have been a whole plethora of similar microphones hit the market like the Hollyland Lark 150, Godox Movelink M2 (review here), Gudsen Mirfak WE10 Pro and plenty of others besides. Rode’s even gotten back into the game with the Wireless GO II.

One advantage that some of the competitors have over the Wireless GO II, though, is that they come with a case that charges the units so you don’t have to deal with cables. Rode hasn’t (yet) created such a case but while researching, we discovered a charging case for the Wireless GO II made by ZGCine that’s had some very good reviews. 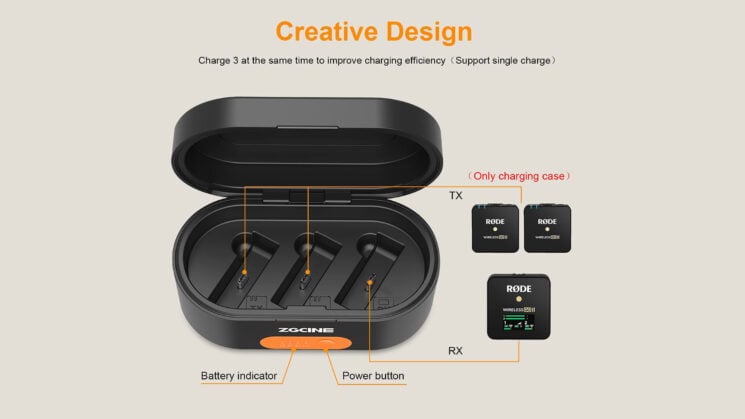 The case essentially has three Type-C USB plugs inside it and when you insert your transmitters and receiver into the unit, the plugs slot into the Type-C sockets on the side of each device. So, you only need a single Type-C cable to charge all three. And best of all, it also contains a built-in 3,400mAh battery which they say provides up to 7 full unit charges.

Out of the microphones I’ve seen that do come with charging cases, most of them don’t include a built-in battery that holds its own charge to let you recharge the units. They’re mostly just passthrough and still require you to plug into a USB charger or a power bank. So, this is a very nice feature and especially handy if you’re spending a few days away filming on location without power.

It even has a USB output so that you can use it as an actual power bank itself if you need to charge your phone or other devices. And having a nice hard case like this will also help to protect your transmitters and receiver better than a soft pouch will, too.

The ZGCine charging case for the Rode Wireless GO II is available to buy now for $49.99.