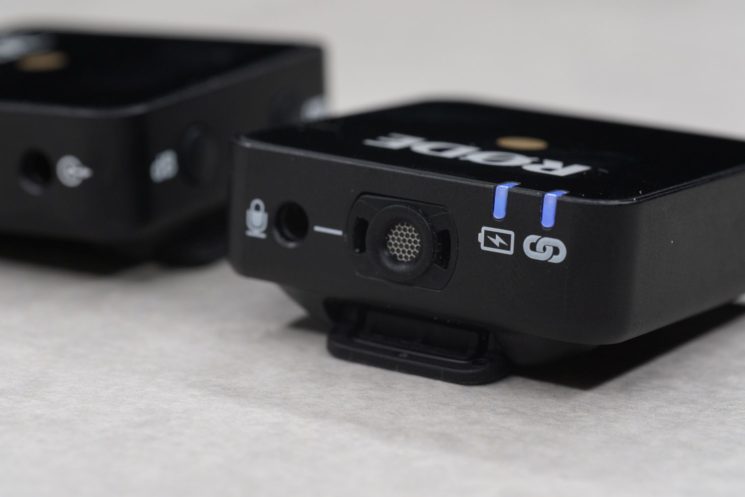 I remember the first time I bought a wireless lav system. It was a lot of money, but I finally bit the bullet and bought my first wireless Sennheiser G2 system. There I was, $600 down, but as happy as a clam. At the time, you couldn’t get a (decent) wireless body-packs for less than $450. My eyes were always set on Sennheiser though. Fast-forward half a decade later, and we have a bunch of wireless options. The prices have been going down and good quality has become more affordable. At $200.00, the Rode Wireless GO is one of the cheapest, most discreet, featured pack wireless systems on the market.

Why a wireless lav?

Today, running wireless audio is almost a given. However, in most cases where you need sound, you can get away with using a boom or a long lav cable. Sometimes you can even have the microphone in the frame. Of course, there are situations where no wired solutions will do. You just need the wireless system. Think of things like documentary work, or shooting a lecture, or even a talent that is just too far. Wireless transmitters and receivers were born to solve a few issues. I’m sure when the first wireless lav came out, angry boom-men were thanking the audio-gods.

Wireless microphones provide a great solution for recording sound safely and discreetly. Usually, a small lav mic is hidden away either with a clip or taped under the shirt. This means the microphone is hidden. If you’re shooting anything where you don’t want to the microphone to be seen, going wireless is a great option.

Another benefit of lav mics is that they are omnidirectional. Omnidirectional means that the microphone picks up the same gain for sound coming from every direction. So when you have a lav mic in your shirt (pointing up at your mouth) you get relatively the same level of sound no matter where your head turns. In contrast, a shotgun mic is a very directional microphone. It tries to only pick up things that are directly in front of it. So, if you turn your head, the sound changes. 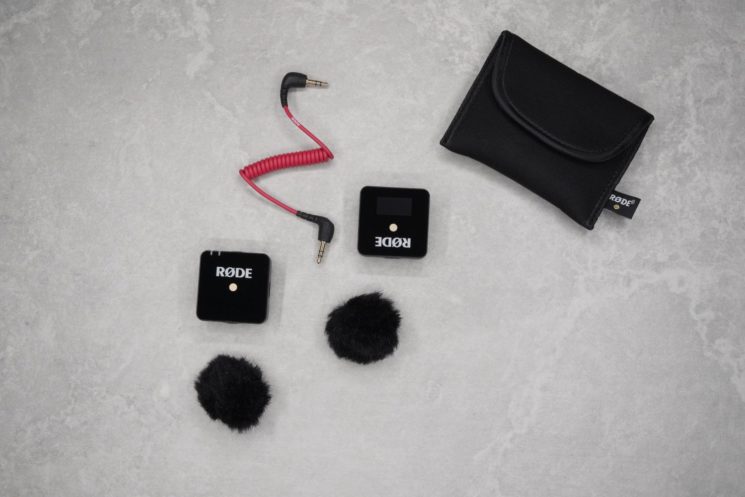 With the kit, you’ll get: 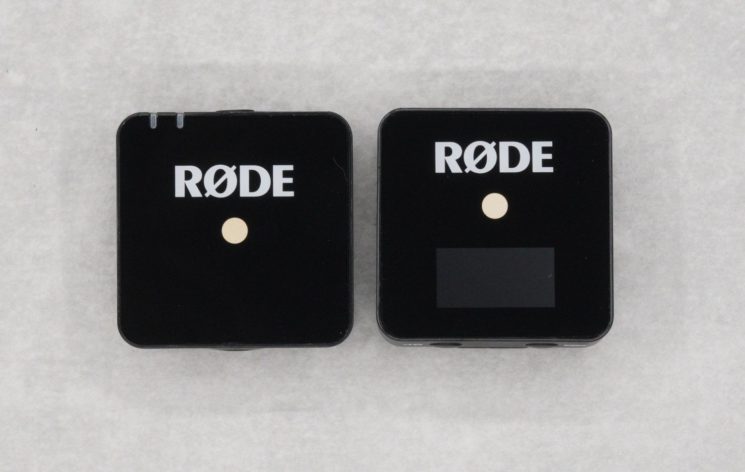 The Rode Wireless Go is tiny. I mean like, really, really, really small. In fact, I am still such a sucker for Sennheiser that I’ve been eyeing their XSW System. The only problems are: 1. at $350.00, I might just want to shell out the extra $250 for a back up to my G4. And 2. they’re not that much smaller than my G4 that it makes a difference. But man! The Rode Wireless Go is the perfect size. It takes absolutely no space in the bag. It measures just 45 x 45 x 20mm (1.7 x 1.8 x 0.7″). Even though the RODE is already smaller than the Sennheiser XSW, it does feature clips on the microphone and receiver, which makes my life easier. The cool thing about it is that the clip on the receiver doubles as a hot shoe mount and the transmitter has a built-in microphone. So really, its as small as it gets. 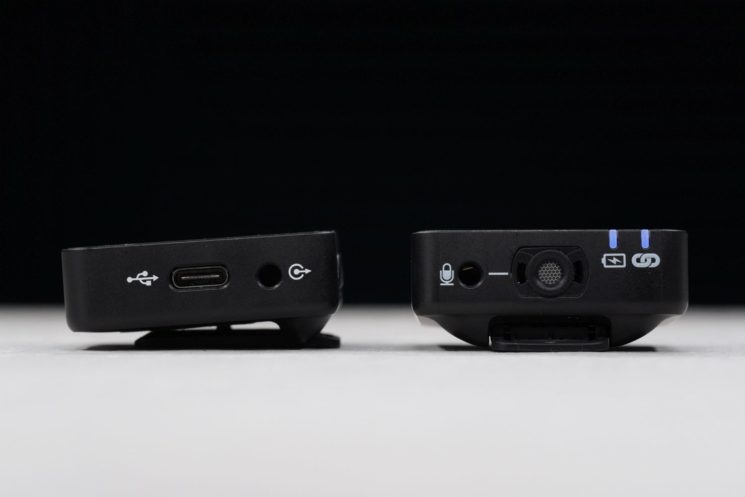 The Wireless Go has an impressive 6-hour battery life. Both the receiver and transmitter completely charge in about two hours. (they even included two USB-C cables). If for some reason, you’re still nervous about battery life, a lipstick charger would charge this thing for close to an eternity. 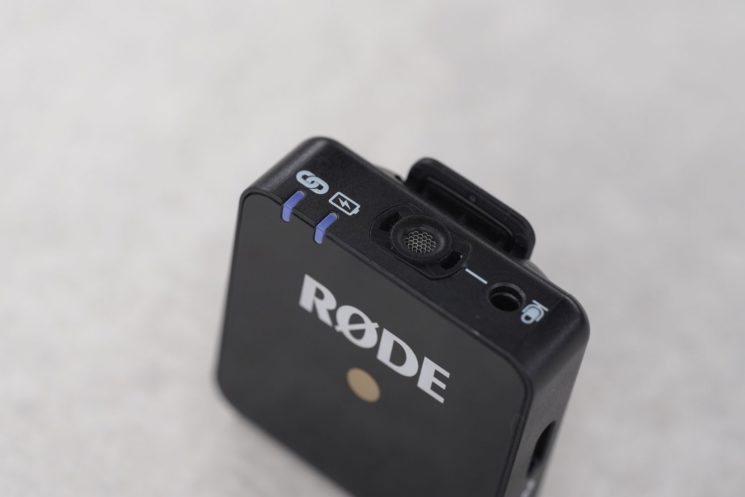 The Rode Wireless Go isn’t just a wireless mic and receiver set. The microphone side has a 3.5mm microphone jack. You can use this jack with any microphone, essentially giving wireless power to any microphone you already have. I plugged in my Countryman B3 into the microphone port to create myself an unbeatable professional sound. You don’t need to connect a microphone to the transmitter to make it work. The sound from the transmitter is fine? It’s definitely a step up in sound from recording with your camera. However, being somewhat of an audiophile, the sound feels congested. It feels like there’s some overlap from different frequencies. Again though, it’s way better than your cameras sound. If you are looking to step up your game but don’t feel like spending too much, I highly recommend the MT830mW by Audio Technica.

The receiver has a little screen which is surprisingly bright and gives you a lot of useful information.  You can see the power levels on both the receiver and the transmitter. You can also see the audio levels and if you’re close to clipping. Having an audio-levels display means you don’t have to monitor the audio through the camera. And on top of all that, it also displays the signal strength and dB levels. 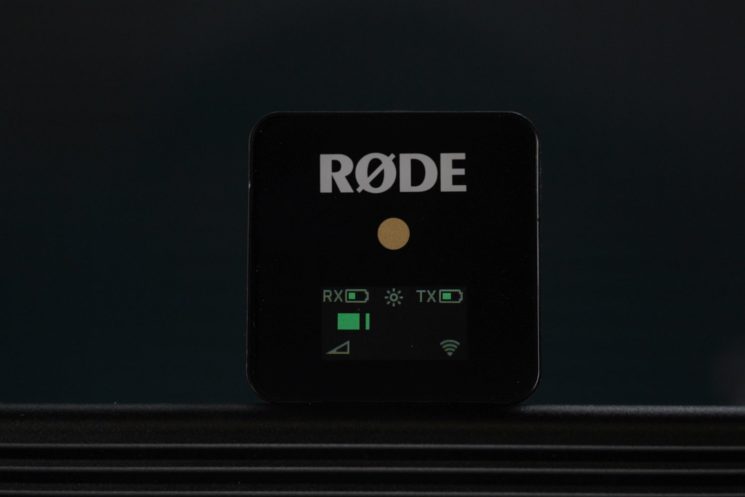 You have two buttons on the receiver. Rode has included manual gain adjustment (to some extent). You can press the gain button on the receiver three times to move between three different levels. The perfectionist in me would love to have a little more control, but honestly, I’m just happy there is any control at all! There is a link button in the event that the transmitter and receiver get disconnected. Set up is basically automatic though, so I haven’t even used that button. 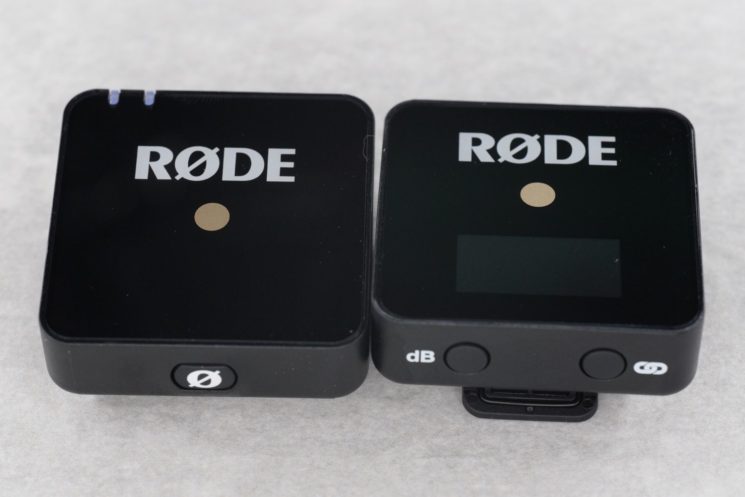 They’re small, they’re cheap, they’re wireless, they’re good – done deal? Well… Almost. I really mean it when I say that for $200 it’s a steal. It’s not perfect though, here is what you should take into account. My warmest non-stuck-up recommendation is to buy a separate microphone for this setup. Clipping the transmitter directly on to someone’s shirt is just a tad fancier than crocs. The microphone comes with a dead-cat. I don’t know if I would rather have the sounds of wind or see someone with this mic clipped on with the dead cat. It’s ugly.

Let’s talk about the wireless option. Yes, they are wireless, they are also 2.4ghz. This means you can only get 70m of range (230ft). The only way you can get 70m though is if you’re shooting in the Moabi desert with a direct line of sight… with everyone’s 2.4ghz devices off.  Then maybe you could get 70m. In practice, you’re looking at getting about 10m before you start to hear dips in quality. In fact, in high saturated places, like conventions, you might not be able to use them even at 1 meter. I would recommend using this system at close range and without going through walls or obstructions. This is not a bad thing for the price, it is just something you need to be aware of in terms of good places to use this setup.

On the other hand, it’s worth mentioning that 2.4ghz is a much friendlier frequency around the world. If you travel a lot, you might have run into an issue when carrying low-frequency transmitters. The frequency of the Wireless Go is almost universally accepted. 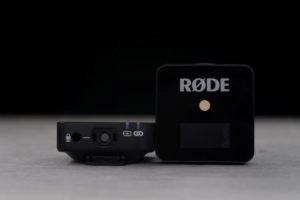 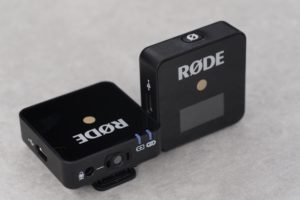 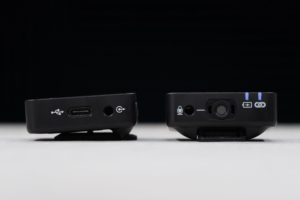 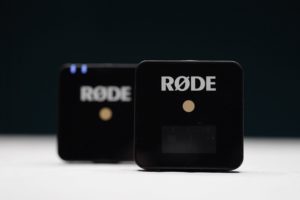 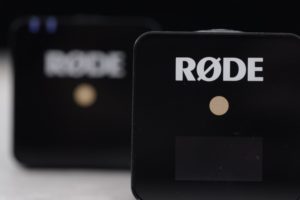 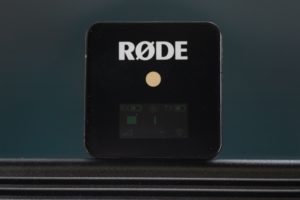 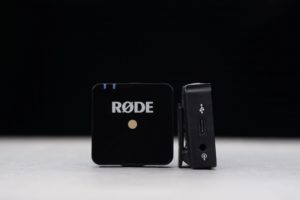 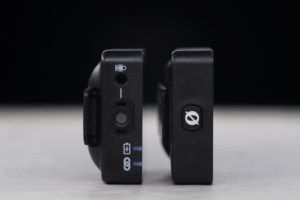 My anecdote in the intro is a highlight of my career. If you look closely though, you’ll notice I specifically said “My first wireless G2 system”. My first wireless mic was a brand I prefer to leave un-named, but man, what a piece of useless plastic. Terrible transmission quality, the microphone had horrible sound, it was bulky, and used a 9v battery. Oh, did I mention that other first kit cost me $220. ON SALE! This was the cheapest thing I could afford at the time and I absolutely needed it for a project.

A sound guru once told me, “Sound should be invisible, it should just be good. Because when it’s bad it’s the first thing we notice. We can watch a Hollywood feature on an iPhone, but if the sound is not there, you’re just shutting it off.” Sound is probably the most overlooked aspect for filmmakers. I really believe that sound has become so affordable in today’s market that there is no excuse for not having a great sound. The Wireless Mic Go is a great option for your wireless needs whether it’s for convenience or necessity.

At $200 dollars, the RODE Wireless Go should move from the nice-to-have list to the useful tools list.