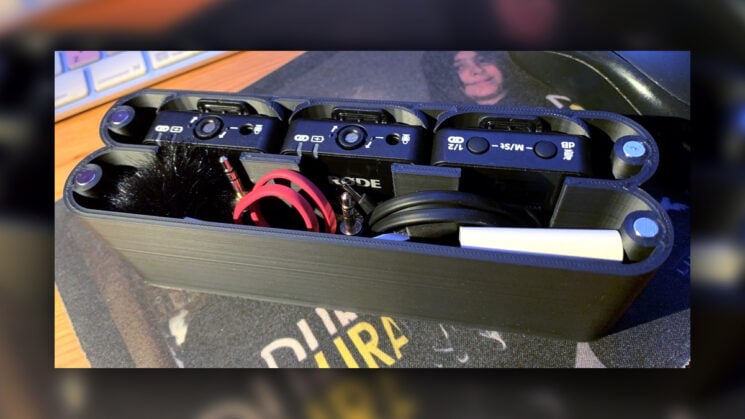 The Rode Wireless GO II has become ubiquitous amongst YouTubers and filmmakers alike. Despite the massive amount of competitors on the market now, it still seems to be the most prevalent. But there’s one big complaint that many people have about the Wireless GO II. Unlike almost all of the competing microphone systems, Rode’s doesn’t come with a case to store all the bits in.

There are, of course, some third-party options out there, but Thingiverse user motoriley decided to develop his own solution. It’s a 3D-printed case with a magnetic lid holding the receiver, both transmitters, and associated cables – and possibly even a wired lav or two. It’ll even fit the original Rode Wireless GO, too, for those who haven’t upgraded yet. 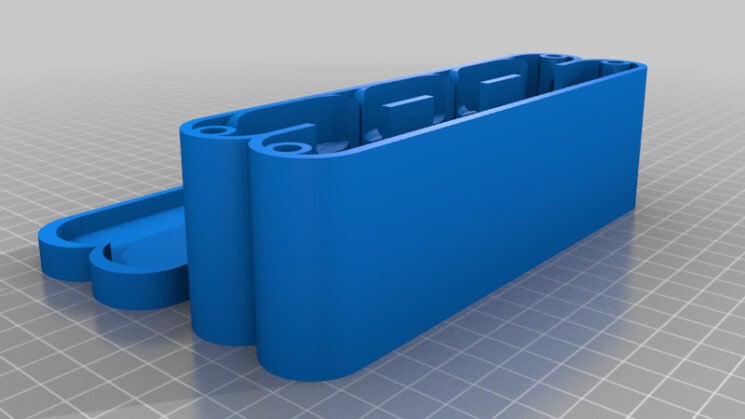 This case doesn’t come with charging options, like some of the third-party ones. That also means, however, that it’s not plagued by the problems of many microphone cases that also charge. Once all devices are charged, many charging cases will actually go into a drain mode and suck juice out of the microphone receiver and transmitters. Then they spot that they’re dead and start recharging them again. Ultimately, if left unattended, this cycle means that the batteries inside the units themselves, as well as the battery in the charger, all die. So, you need to plug it all in to charge everything back up again.

No such issue with this one. You could modify it to add USB-C sockets and connectors to charge your devices inside from a USB power bank if you wish. But I don’t recall the last time I ever needed to charge my Wireless GO II system partway through a shoot if I started off the day with a fully charged receiver and transmitters.

I think this one is certainly going onto my list of stuff to print – and soon, too. The only question is what colour do I print it in?

You can download the designs on Thingiverse to print your own.

« Irix has released another 150mm T3.0 cine lens but this one’s not a macro lens
This guy built his own AI-powered robot camera operator to follow him around and you can too »