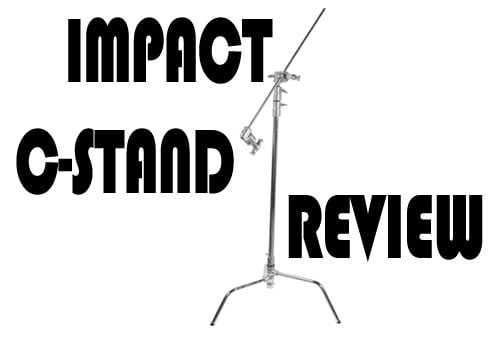 B&H put the “sent” in century a couple months ago when they mailed me the Impact Master Century C Stand Kit to review.

I’ve been making films in Hollywood for nearly twenty years so I’ve not only used more than my fair share of C (C is for Century) stands, but I’ve also (imagine a hilarious cinematic montage of C stand related violence) tripped over them, received monster finger pinches, and worst of all dropped them more than once on various extremities. Yet despite the abusive relationship I LOVE a well made C stand.

Why? C stands are not exactly portable. Yes, you can move them from one place to another, but they are huge and weigh a ton. But their weakness is also their strength. A well made C stand stays where you put it and can reach for the stars. If you’ve got a huge soft box, movie light, monoblock, etc. that you don’t want taking a dive, C stands are the way to go. Just make sure you sand bag them for safety.

But is the Impact Master Century C Stand Kit a well made C stand?

You bet! Not only is it the nicest looking C stand I’ve ever used, it is equal in quality to the best of them, but with one advantage that gives it the lead. C stands don’t fold up like traditional light stands. They have three legs that swing around to lay flat, but many C stands just use a tightening knob to keep them where you put them. The Impact Master Century C Stand Kit has a very sexy spring loaded mechanism that keeps the legs folded when you want them out of the way and locked when the big fella is in action mode. Very clever and handy. 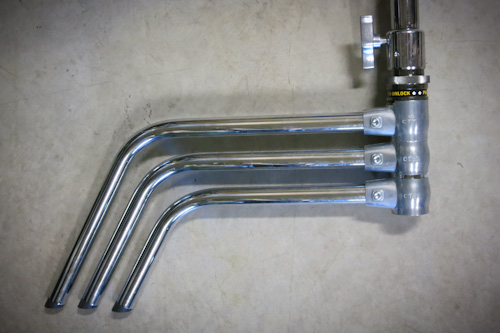 Whats In The Box

The kit comes with a 42” grip arm and two shiny grip heads. If don’t know how to use these addons, don’t fear they can be used in about a million ways and a quick Google search will open your eyes to a whole new world. In the shot time that I had the kit I used the grip arm to:

That’s aside the regular things you can do with a super heavy light stand. 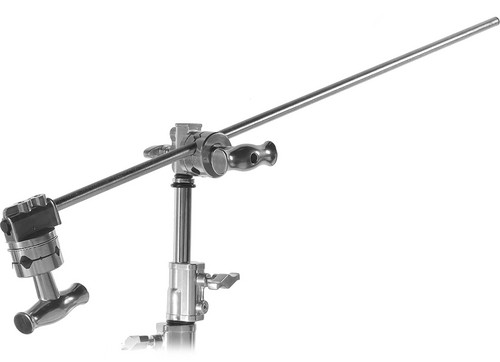 One word of caution though, C-Stands, just like light stands (and this one is no different) will tip over if their center of gravity is stretched beyond their legs, or if shoved with enough force. If you’re putting anything heavy on it, make sure you use sand bags. 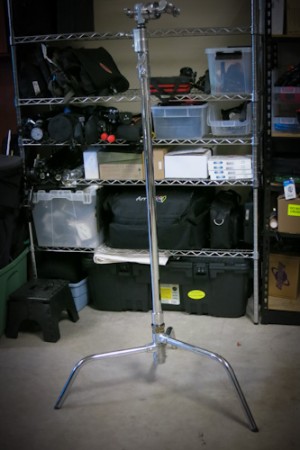 At less than $130 its usefulness and quality to cost ratio is excellent. If you don’t already have at least one C stand, what are you waiting for? Go check it out!

This Impact Master Century C Stand Kit features a detachable “turtle” base that is easily removed to facilitate transportation. It is durable, and designed to quickly collapse flat for easy transport and storage. The leg design provides a very low center of gravity, and makes it easy to bury in the soil or sand, or accept sandbags for extra stability. This kit includes a 42″ grip arm and 2.5″ grip head. It is chrome finished

Impact sandbags come in a variety of shapes and weights. They are used for securing the bases of light stands and set walls. This Impact Saddle Sandbag – 15 lb (Black Cordura) saddle style sandbag has two wings, to allow draping over light stand legs. Each side of the bag has a hand strap for easy handling and hanging on hooks

Zeke Kamm is a filmmaker and the inventor of the wildly successful Aviator Travel Jib.