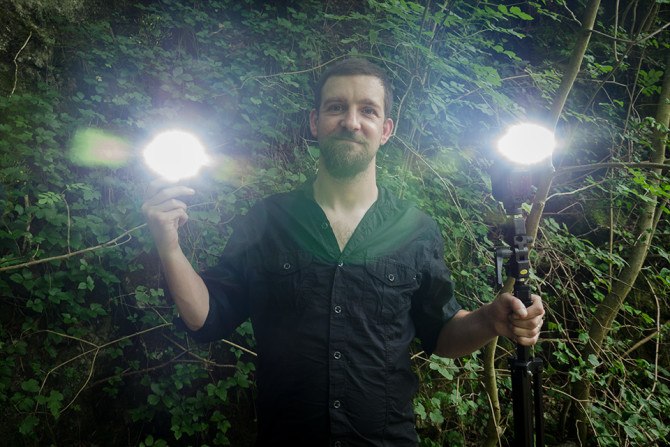 People often ask me about the flash equipment I currently use, and what I would do differently if I were to start over today.

I also often see “What should I buy?!?!” posts on photography groups on Facebook, and the simple truth is, we don’t know.  We have no idea what you need. We only know what we need.

This two part series of posts is a way for me to provide some insight into how and why I buy new equipment, and hopefully it will help you to look at your gear choices more objectively, so that you buy new gear because you need to, and not because “so-and-so said I should get this”.

In this first part, I’m going to go over my current gear and explain some of the issues I feel I’m having, what walls I’m hitting, as well as the stuff that I’m absolutely not getting rid of (and why).

I’ve been wanting to switch my flashes around for a while now.  It’s not that I’m particularly unhappy with my current equipment.  For the most part it does exactly what I need, but I just feel like I need to streamline things a little as flash technology has developed.

Do I stick with what I’ve got for a while longer?  Sell up, buy into Nikon’s new tech, and wait to see what other compatible gear comes out in the future?  Or switch to a completely different 3rd party flash system?

I’ve acquired and gotten rid of a bunch of stuff over the years, but at the moment my main lighting kit consists of four Nikon SB-900s and four Yongnuo YN560-III speedlights, which I use primarily on location. 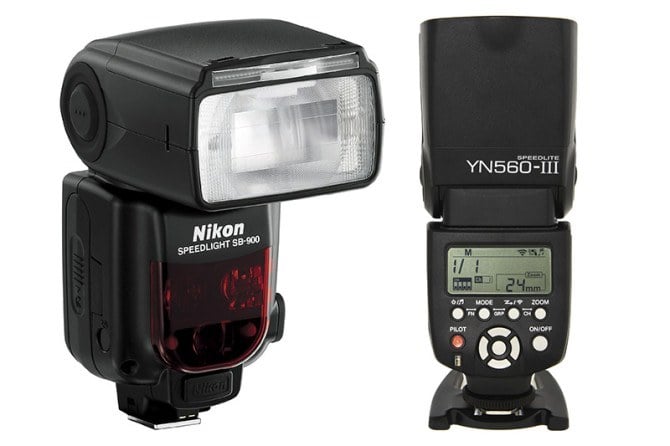 I’ve been using SB-900s since about 2009 when I started shooting D300s bodies.  When Nikon’s CLS/AWL system won’t cut it (which is pretty much only when the flash is out of line of sight around a corner or inside a modifier), I use Yongnuo RF-602 radio triggers.

I have a dozen RF-602 receivers and four transmitters (2 Nikon mount, and 2 Canon mount, as I shoot both systems).  Yongnuo have revised their transmitter design on this system since I initially picked these up in 2010. 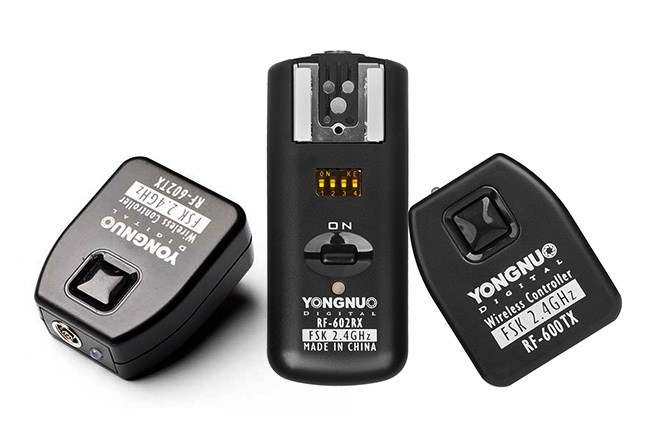 The Yongnuo YN560-III flashes I picked up a couple of years ago as Yongnuo had finally released a flash with built in RF-602 (and RF-603) compatible receiver.  I could finally put a flash inside a modifier, and not have to worry about flimsy connections between flashes and receivers and light stands.

As long as I don’t need to use High Speed Sync, they’re great.  I just need to turn them on, set the power level, and they’re ready to go.  They’re also almost as powerful as the SB-900s.

When shooting in the studio, I also occasionally use a Bowens Ringflash with 110º diffuser and Duo 2400 pack (now replaced in the Bowens lineup by the Creo 2400), although I don’t get the chance to use this anywhere near as often as I would like. 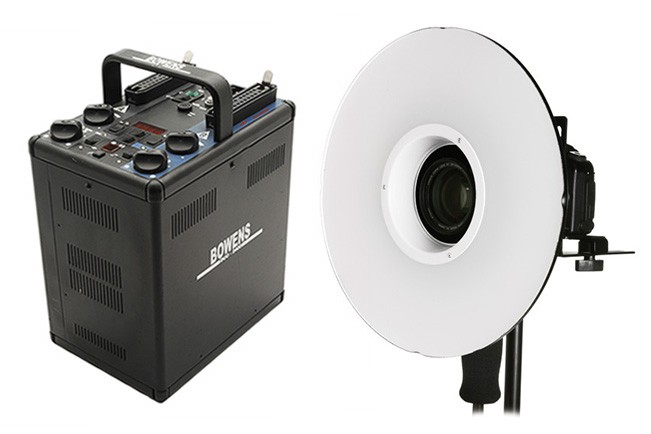 Finally, I have three old Courtenay strobes that I picked up in a big job lot with a bunch of darkroom gear last year.

For the most part, the speedlights can manage about 90% of what I need to do, both inside the studio and on location, and most of the rest is covered in the studio by the ringflash and some borrowed or rented Bowens studio strobes.

The Ringflash speaks for itself, really.  It’s powerful, it’s sexy, and if I got rid of it, it wouldn’t be cost effective if I ever wanted to replace it (which I eventually would).  So, it’s with me until either it dies, or I do.

The RF-602 triggers I’m holding onto purely because I have the original RF-602TX with the PC Sync socket, and here’s where you find out why that was important.

As well as modern DSLRs with fancy hotshoes, I also shoot film with a Mamiya C330 Pro F, a Nikkormat FTn, a couple of Nikkormat FT-3s, and a few other older 35mm SLRs.

These cameras only have a PC Sync socket for communication with flash units, and if I want to utilise flash when shooting with those cameras, then a transmitter with a PC Sync socket is my only way of firing them wirelessly.

I also already have several cables for the RF-602 receivers with Nikon’s 10 pin connector plug on the end, which means I can use them as remote triggers for my DSLRs (and my Nikon N90s 35mm SLR). 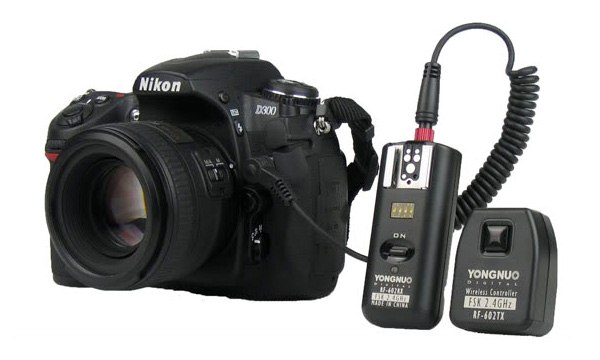 Occasionally, I’ll have a DSLR sat on a tripod at the back of a set or shooting wide on location for behind the scenes shots.  With these, I can have a transmitter in my pocket, and fire off that camera whenever I like.

Also, I sometimes shoot multicam timelapse.  Having three or four cameras pointing at the same scene from different angles with RF-602 receivers connected to each of them, means that I can fire them all simultaneously from a single trigger mounted in the hotshoe of another camera controlled by a Yongnuo MC-36R intervalometer.

Plus the RF-602 triggers aren’t exactly expensive even when they’re new, so 6 year old used ones will probably be worth next to nothing, and practically giving them away when they’re still so useful just seems like a waste.

The only major limitation I find with my current flash setup is the power, or a lack thereof.  Speedlights can overpower the sun, but only under a fairly limited set of conditions.

Because Speedlights don’t have anywhere near the power of big strobes, high speed sync is a constant balancing act between composition, flash distance to subject, recycle time, battery life, flashes going into “overheat protection mode”, and what modifiers I can use.

If I want bare hard light, I can usually do some full length seated portraits with just a single SB-900 and high speed sync in very bright conditions.

This was shot just after noon with the sun high in the sky slightly behind my subject, with a bare SB-900 from about 10ft away. 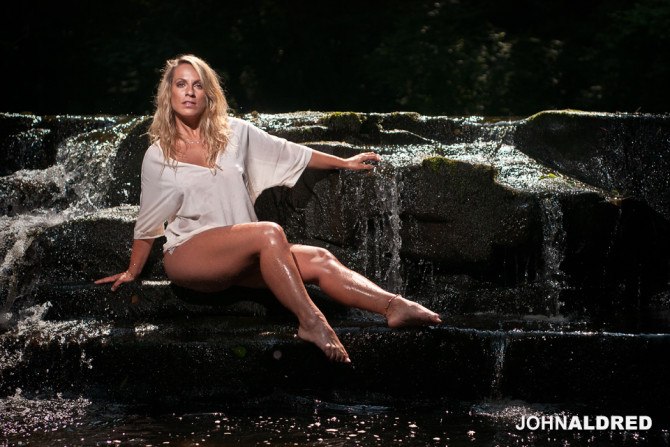 But, if I want to put that SB-900 inside a 2ft softbox and shoot high speed sync, I’m pretty much limited to headshots with the front of the softbox sitting about 3ft away from my subject. 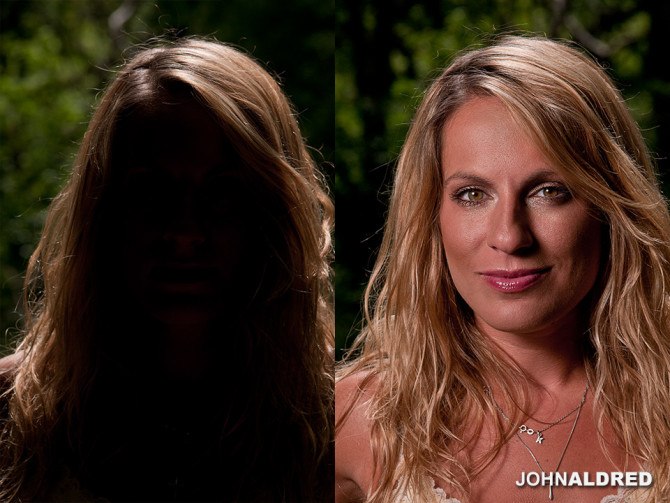 Sometimes, I’m able to put several speedlights inside a big modifier or behind a sheet of diffusion material acting as a single light source and get a couple of extra stops of light. 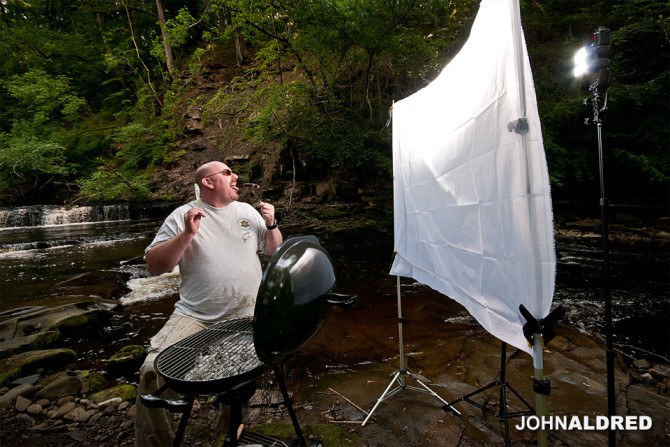 But, often, I cannot.  So, more power is the answer.  I want to be able to use a 4ft octabox from 6 or 8 feet away at f/8 on location in bright sunlight with no access to mains power.

One of my other big annoyances has always been radio triggers, which is partly why I originally picked up the Yongnuo YN560-III flashes.

Built in radio receivers meant I didn’t have to worry about that extra point of physical failure mounting a receiver between a flash and a bracket, or having to deal with flash heads that no longer lined up properly with modifiers on stands.

With the YN560-III having both RF-602 and RF-603 receivers built in, I was sorted and, in a pinch, if I need to gang up multiple lights to make larger light sources, I could always put RF-602 receivers on the SB-900s, and fire all 8 flashes at once.

The only problem there was that I really only need to gang multiple speedlights together when shooting high speed sync, which neither the YN560-III nor the RF-602 system support.  If I can stay below sync speed, I often just don’t need that much power.

So, the YN560-III have basically been getting used when Nikon’s optical AWL/CLS system won’t work due to line of sight issues, or I want to put a speedlight somewhere potentially risky (like on a stand in the middle of a river), and for when I’m teaching.

I feel like I’m duplicating equipment there, where I shouldn’t need to.

I like the convenience of Nikon’s AWL/CLS system and controlling everything from the hotshoe, but I also like the reliability of radio triggers, and the much lower cost risk when my speedlights reside in precarious positions on location.

I really wouldn’t be all that broken up about getting rid of them.

I need to reduce the number of speedlights in my arsenal, because half of them are typically being wasted on any given shoot.  I may keep half of them, or I may get rid of all of them and buy into a new system.

I need portable lights that are more powerful than speedlights, but which also feature High Speed Sync Capabilities.

I need them to be relatively inexpensive so that I don’t have to worry about them so much when using them in risky locations where they may fall to their death without warning.

I need remote control of all flash units from the hotshoe.  Again, it’s a workflow efficiency thing.

AA batteries are the bane of my existence.

I’m not including the Bowens Ringflash in those requirements, as the pack will be close to where I’m shooting anyway, as the camera mounts onto the flash head itself.  I’ll also not be using it on location away from mains power, or be using it with high speed sync.

So, there you have it.  That’s my current flash gear.

Would I buy the same again if I had it to do over?

Sure.  With the options available at the time of each purchase, I still feel they were the best choices for my needs.

If I had to buy it over again now, would I still go with the same gear?

Quite probably I wouldn’t, new options are out now which can help to streamline my flash workflow, while still giving me exactly what I need.

What would I recommend that you buy?

I’ve no idea.  Your needs and requirements, not mine, are going to determine what equipment you should buy.

In Part 2, you’ll see what I’m thinking of replacing it all with and my reasoning behind it, which will hopefully help you to put a little more thought into some of your own purchases.

Why I got rid of my photography gear