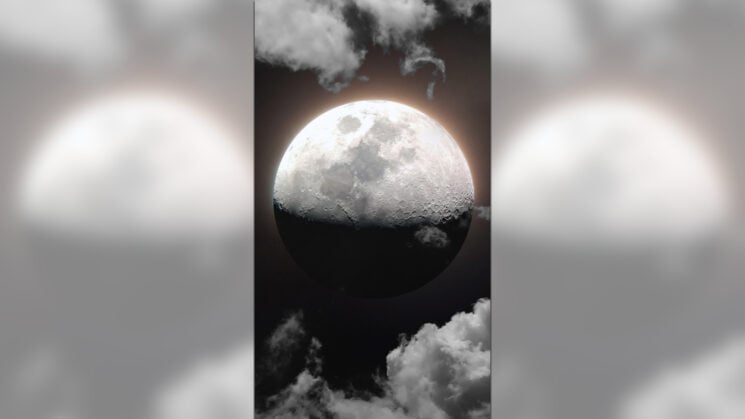 My 2020 had very few moments of pure happiness, and one of them was when I saw the moon through a telescope for the first time. Sadly, to this day, I never managed to photograph it, neither with my phone nor my camera.

But it’s far from impossible. In fact, you can take magnificent moon shots even if you only use your phone. An 18-year-old photographer Vijay Suddala proves it with his magnificent photo that I immediately wanted to learn more about. He kindly granted my wish and shared some details of his image so both you and I can start shooting the moon with our phones.

To take this photo, and many of his magnificent moon shots, Vijay used a pretty basic setup: a Samsung Galaxy M21 attached to an Orion SkyScanner 100mm telescope with a smartphone adapter. This telescope was only about $150 when Vijay bought it, so it’s not too big of an investment. You can buy similar telescope in the same price range, or even cheaper. You can even go to your local observatory and use their telescope for photos (which is something I will try to do soon). All in all, you really don’t need tons of money to get started, and that’s the main point.

Vijay shared the entire shooting process with DIYP, so now that you’re ready, here’s how to pull it off:

Step 2: point your telescope at the moon and take pictures, making sure they’re not overexposed. Vijay uses ProCamX mobile app to change ISO and shutter speed of his phone camera, but you can use the app that you like best. Some phones also have these options natively.

Step 3: Vijay used a little bit of optical zoom, around 2x or 1.5x. He first took three separate shots, capturing the upper part, middle part, and lower part of the composition. “Because my scope’s a fast reflector (f/4), the images are blurred around the edges. So centering every part of the moon will make the whole image sharp,” he explains. of course, make sure that the images partly overlap because you’ll stitch them later. Finally, capture the fourth image, which will be an overexposed photo of the moon.

Step 4: once you get the single shots of the various parts of the moon, it’s stitching time. Vijay used software called Microsoft ICE, but you can also do the stitching in Photoshop.

Step 5: moving on to the editing of your stitched image. “First thing I do is apply auto color, noise reduction, and unsharp mask until I feel the sharpness is sufficient or good looking,” Vijay says. “You can adjust the black areas of the moon with curves adjustment.”

Step 6: Vijay made his final image by compositing the full moon from the stitch and that overexposed image. Using elliptical marque tool, he cut the moon into a perfect circle and toned down the edges by applying a bit of gaussian blur.

Step 7: you should align the overexposed photo of the moon layer with that of the layer above. This will give a nice glow to the Moon.

Step 8: if you want to add clouds to your composite, Vijay suggests taking photos of the clouds during daytime and convert them into black and white. He used Snapseed for this purpose, which is also my favorite editing app. “You can adjust the curves to turn the sky into black color. Upload the two layers, one with the moon and the other with the clouds and change the blending mode to “lighten” in Photoshop. This will produce a nice blend between the layer with the Moon and the clouds layer.” However, it’s possible that the clouds can be visible in that overexposed moon image, if they’re in the sky at the moment of shooting. I still have to test that myself, I admit.

“HDR composites of the Moon that I create are more ‘artistic’ in nature and never real,” Vijay explains. “Of course, the Moon, clouds and the glow are real but the view in the photo can never be seen with the naked eye.

Even though I was pretty blown away by this composite, especially since everything was shot with a smartphone, Vijay points out to some flaws in his photo. “The unlit part of the Moon, which is completely pitch black in my photo, shouldn’t be that way. The unlit part of the Moon can never be darker than the surrounding color of the sky.” He tells DIYP. “I boosted the contrast of the full moon that I added behind, to the point that it lost its details.” If you decide to give it a shot, Vijay says that you can avoid this by being careful with the brightness and contrast settings.

Another flaw Vijay mentions is that the clouds should have an orange glow, too, which would make them appear more realistic. What I must add here is that I highly appreciate the ability to be self-critical and strive for progress with every next shot – especially in someone that young. I also appreciate that Vijay didn’t pretend that this wasn’t a composite – unlike some other, way more experienced photographers.

Vijay tells me that he got interested in space and astronomy ever since he was a kid. But it was only recently, when he bought his first telescope, that he started taking photos of the moon. He tells DIYP that he chose the Moon simply because it looks so beautiful in the sky. “The wide range of color tones in the clouds when they storm past across the Moon, the shadows of the mountains cast on the lunar surface, the craters, the details of the lunar features on the terminator, look striking to the eye when peeked through a telescope,” he says. “That’s what inspires me to look at the Moon.” I can totally understand the feeling.

As a conclusion, Vijay tells us that he hopes to inspire people with his work to start smartphone astrophotography with budget telescopes, but also learn more about image compositing. “Purists hate this idea of merging images, but I don’t think there’s anything wrong in merging different photos to produce beautiful images,” Vijay says. “It can only inspire more people to involve in astrophotography and it doesn’t ruin the prestige of astrophotography.”

Vijay’s message to anyone getting into astrophotography is to “set aside the opinion of the purists for a while, do what you want to, and keep experimenting.” Amen to that! Check out more of Vijay’s work on Instagram, fall in love with his moon shots, and hopefully, try taking and stitching some photos yourself. 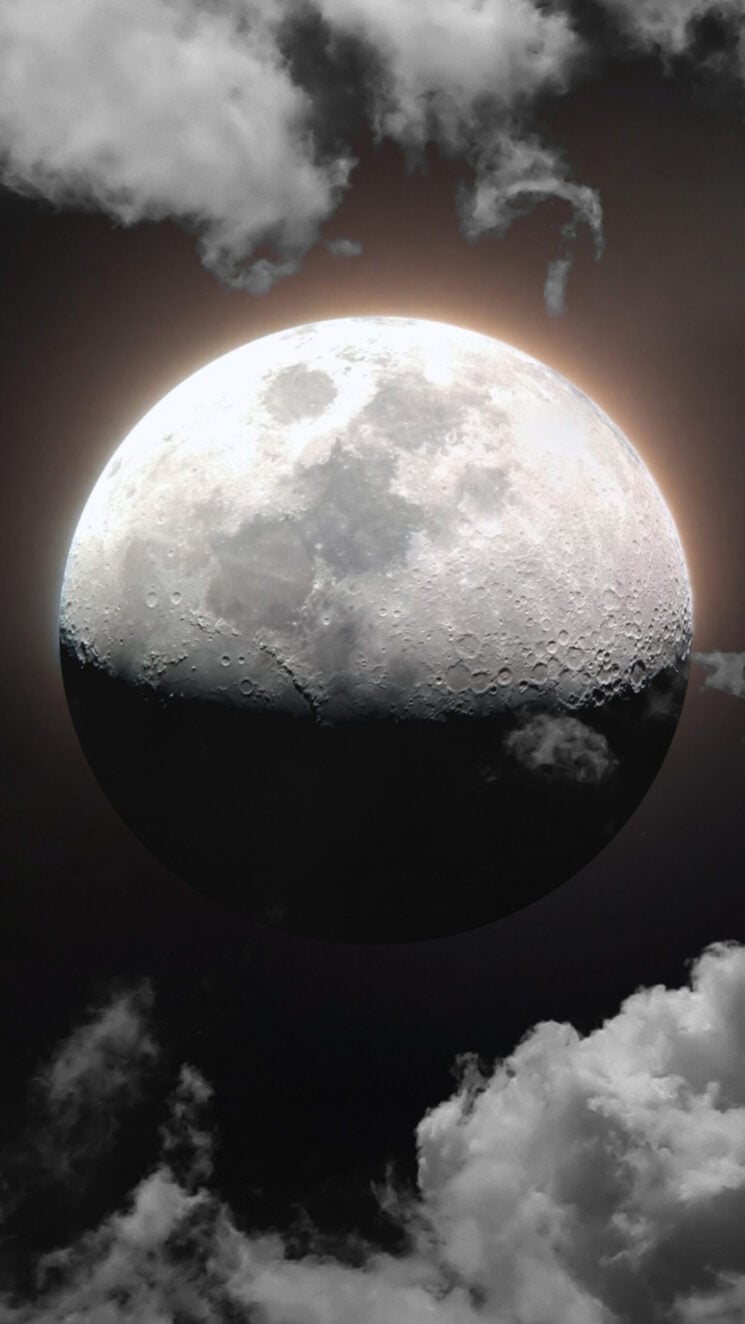