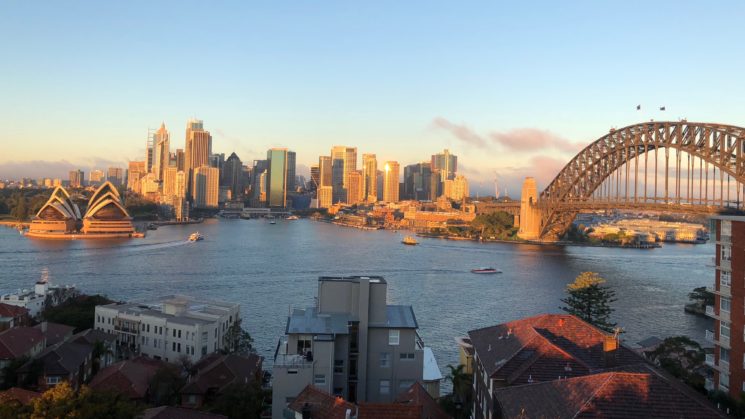 I’ve had a job that I’ve done for the last few years in Sydney.  Whilst it’s challenging and full-on, it’s a lot of fun and pushes me and my team to be better. We have to shoot, edit and deliver 6 videos in a single day.

The client is a retail industry award called the Joe Berry Award. People under 35 who work in the retail industry in Australia are given a task. Write an essay that relates to the future of the retail industry in Australia. From the many, many applications, six finalists are selected. These six finalists then get to present their proposals to a room full of managers and CEOs from some of the largest retail companies in Australia. Kind of a TED for Retail day. It’s a really big deal just to get the chance to present to these people in the first place. Then, the winner is announced at an awards ceremony that night.

Where I and my team come in is that we have to create an intro/highlights clip for each of the finalists. That is then played that night at the awards dinner to introduce them on stage. We also need to create a highlights clip of the whole event, but that’s easy as we don’t have to do that one on the day. It just means it’s a long day as once we’ve completed the shoot and edit of all the intro videos. Then we have to get to the dinner venue (across the Sydney Harbour bridge in rush hour traffic) and shoot the awards dinner too.

As you’d imagine, shooting a 15-minute “interview” and then getting b-roll and editing it all in about an hour is a bit of challenge. Shooting is not that hard, you could without too much trouble shoot six short interviews and b-roll in a single day. Especially if they are in the same location. But then editing them each into a complete clip at the same time does add some pressure.

Luckily, we know this job is coming every year. We also know the names of the people we are going to be interviewing, so there is quite a bit we can do before the shoot. This preparation saves us some time on the day.

The first obvious stuff to pre-build is to create the import folders that I’m going to copy the media into. I also create a Carbon Copy Cloner script so that my footage and Library files are automatically backed up onto a second external drive every 20 minutes. You’d hate to get halfway through the day and lose everything you’ve shot and edited due to a hard drive failure.

To prepare FCPX as much as I can, I create in and out titles for each nominee. I also find a music track for each. I use these graphics and music to pre-build the projects in FCPX, so on the day I just need to select the project and start adding media to it to start cutting.

To add a little bit more pressure to the day, this year, the client asked us to live stream the presentations as well. So, to prepare for that, we pre-built transparent titles to use as overlays during the live stream. We also, of course, tested, tested and tested again the live stream to try and make sure we didn’t have any nasty surprises on the day. More on that later.

Finally, we worked with the client to make sure that we had the schedule of the shoot as planned out as possible. We needed to know who had to be where and when. In a job with as many moving parts and time pressures as this, communication is key. You want to do your best to make sure that everyone knows as soon as possible exactly what they need to do and when.

This may seem obvious, but something I always do when working with a crew is to create a call sheet. This covers where people need to be and when, what they need to bring with them, contact details and a run-through of the day. In an ideal situation, you’d get this out to your crew at least a week before the shoot. 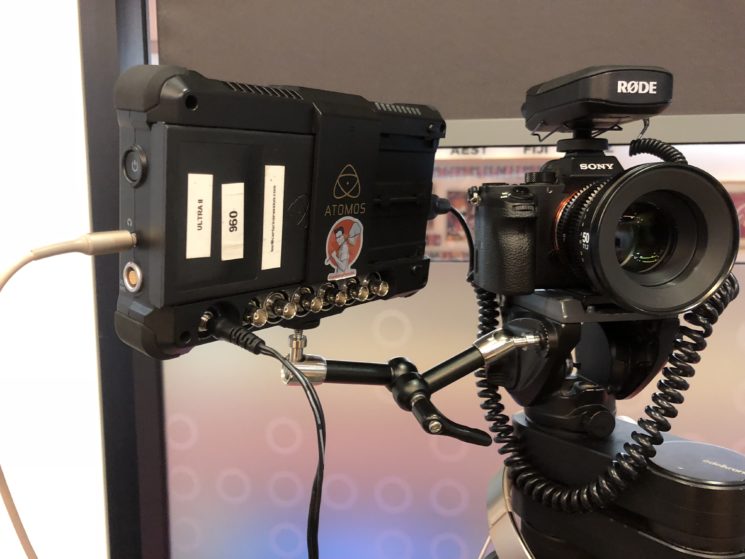 Normally, I would never shoot an interview with just one camera, but since we didn’t have a lot of time to edit and these interviews are direct to camera, we only use the one camera for the interviews. I decided to go with the A7sII recording onto an Atomos shogun for the interviews. Though I recorded internally on the camera too, just incase. I had the audio coming in via the Rode Filmmaker kit. I’ve got two of these and the second one was set up on the Fs5 in the big meeting room for the live stream. This way, we could mic up each person and as they finished their interview and went to present, we’d just change the mic wireless packs and we didn’t have to take their mics off.

At the same time, my two crew members were setting up in the big meeting room for the presentations. We shot the live stream on the Fs5 which was going into my Macbook Pro via the Elgato Camlink. The Camlink is a great little device. It looks like a USB stick, which allows you to connect any HDMI source to your computer and your computer will see it as an available camera up to 1080.

It was at this point that we hit our first hiccup of the day. I had been trying to get access to the internet via the IT department of the office where the presentations where happening. I’d been told that it shouldn’t be a problem but unfortunately, IT had some issues and they couldn’t connect us. But this is why we have contingency plans! We hot-spotted to my iPad and streamed the whole day from that. It wasn’t the best connection, but it held up the whole day. Problem-solving at its finest thank you very much! 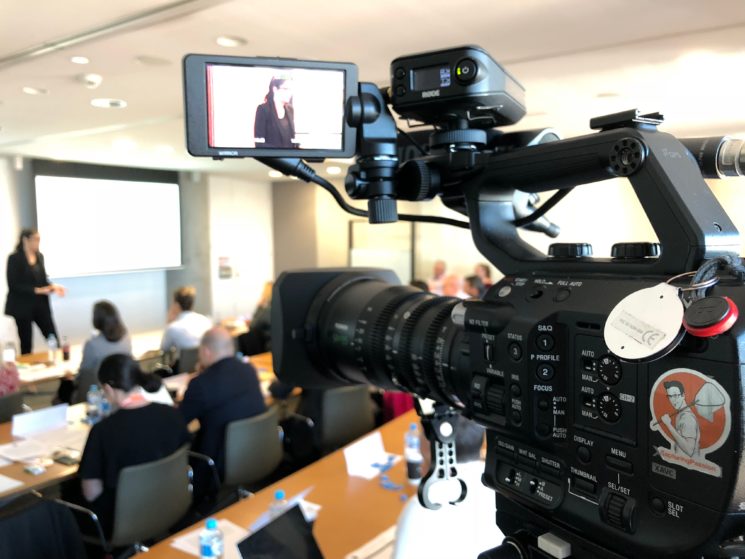 The interviews all went smoothly; the editing went pretty well too. I was able to almost get each clip edited without b-roll before the next interview. The reason why I didn’t have b-roll is that I had to wait for each presentation to end before my crew member who was shooting the b-roll could run over and hand it to me to add to the edit.

After the last presentation, I just had to do three quick five-minute interviews with four of the judges to use in the final highlights reel, and then I finished the edits at about 17:15. This gave about 45 minutes to get across the Sydney harbour bridge to get to the venue for the awards dinner, hand over the completed clips to media team looking after the room and catch about 10 minutes of down time before shooting the awards dinner.

It’s a long day, it’s a tough day, but also a very rewarding day. It challenges me and my team. I have to really be at the top of my editing game and my crew has some real challenges in shooting – heck, you try and shoot six presentations in the same room for six hours and make the b-roll for each presentation a little bit different and still interesting and then tell me it’s not a challenge. But I believe that pushing yourself like that makes you better at what you do, and luckily my crew believes the same.

How do you push yourself?

Here are links to some of the clips.

Some of the individual clips