Taran Van Hemert is one of the editors at Linus Tech Tips. With the number of videos he pumps out every week, it’s a pretty safe bet to say he knows what he’s talking about when it comes to Adobe Premiere Pro. He’s even posted a 4+ hour tutorial going through his entire workflow. Taran doesn’t put out videos on his own channel very often, but when he does, they’re filled with some fantastic knowledge.

In this video, he discusses the topic of spill suppression and fuzzy edges when working with green screen footage. Unlike the previously mentioned Premiere Pro workflow video, this one’s only a couple of minutes long. So, it’s quick and easy to digest. And the technique can be applied in other editing applications, too.

Taran has tried a lot of techniques to try to eliminate green spill from keyed out footage, and a lot of the plugins and tools available for chroma keying are supposed to take care of it automatically, although they often don’t. Taran finally discovered a method using the Hue vs Hue sliders within Lumetri in Premiere Pro.

I’ll leave actual explanation to Taran, as he has visual aids to demonstrate, but the Hue vs Hue adjustment is available in other editing applications like DaVinci Resolve, and it’s a fantastic way to be able to quickly and easily take care of colour casts and spill. 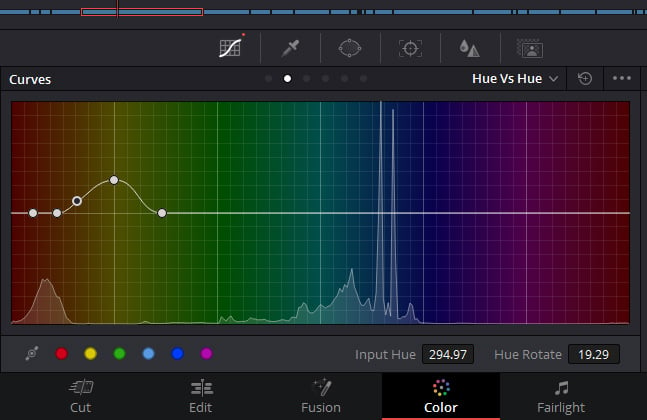 Taran’s extra tip involves cleaning up the fuzzy edges of the green footage when there’s motion blur in the shot – which can often be exaggerated after applying the above technique. This can be a tricky one and often leads to your composited shots looking quite obvious. But Taran’s solution requires just using a second Ultra Key in order to clean up the edges from the previous key.

There a couple more tiny tips at the end, including ways to make your life easier using the Master Timeline (a feature that Resolve also has) and a slight bug with the Ultra Key feature (sign the petition!).

A slightly less ranty video than usual from Taran, but he still manages to work a couple of quick ones in there.

5 Tips for lighting a green screen for a clean key

« How much do you really need to worry about damaging your camera’s sensor?
This guy built a DIY cablecam using a cheap radio controlled car »