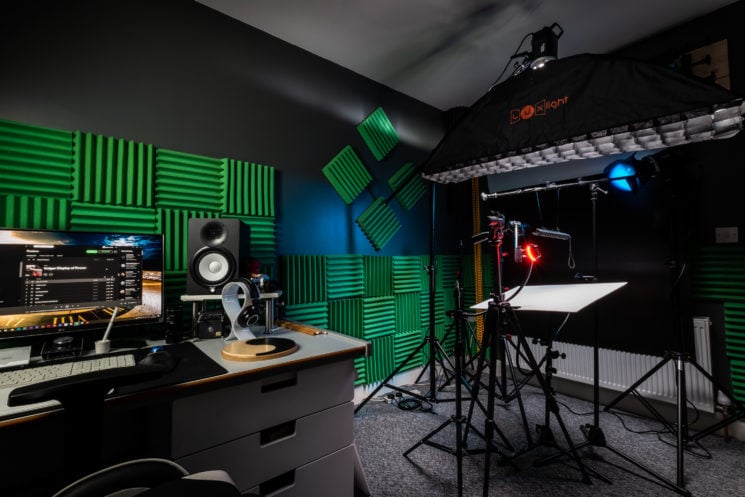 I wanted to shoot a conceptual photo using long exposure to show the SD card flying out of my camera and into the Gnarbox*. I used the cool Spiffy Gear Lumee RGB light to achieve this.

Here is a quick breakthrough on how the show was made including the BTS, lighting, and gear used.

Well, aside from the Gnarbox, the Lexar card and the camera in the frame, I used the following gear to actually shoot the photo: 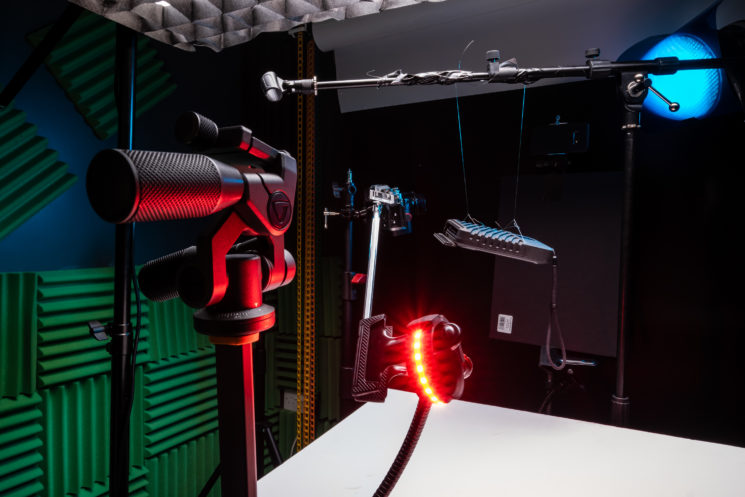 I wanted the frame to show the SD card “flying” from the SD card slot on the camera and into the Gnarbox SD card reader. (I mean, this is the point of using a Gnarbox, quickly offloading / backing up your cards). For this I needed two separate lighting sets. One set to light the camera, card, and Gnarbox and one light to create the woosh that sends the card from the camera.

I create the shot by making a long six seconds exposure in a dark room. The objects in the photo were lit with a pop from the strobes. The traveling card was lit by wrapping the Lumiee LED on a small clamp and light painting the trails of light.

I then removed the fishing wires in Photoshop. 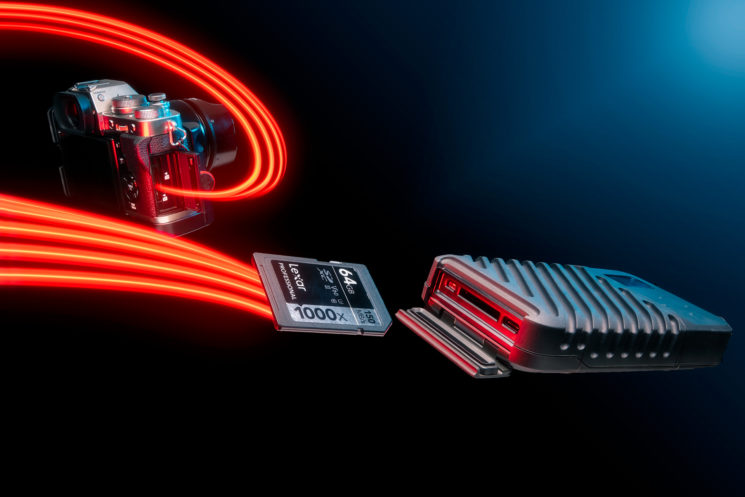 * A shameless Gnarbox plug: I love this Gnarbox: From its durability to its convenience and speed, the GNARBOX is a must for traveling photographers.

Getting Started In High Speed Photography Without Breaking Your Budget