I made a quick trip to South Korea this weekend for an international dance event called Red Bull BC One 2013 World Finals. With top notch performances of musicians and international dancers gracefully defying gravity, I wanted to make sure to try something different with these action shots.

I decided to try out a tilt-shift effect to miniaturize the performers since the arena was such a huge space. Tilt-shift is a mechanism on certain specialized lenses that is used to blur out certain parts of a photograph while leave other parts tack sharp. Used commonly on architecture, the contrast of the focus and blur is meant to resemble the kind of bokeh that is formed when macro shots are taken.

In these indoor shots, these were taken at 1/1000 shutter speed minimum with an f-stop of 1.2 in order to achieve the sharp crispness of movement without the graininess. However, there is no tilt shift lens on the market that can reach that speed. So the only way to create this effect is through Photoshop.

If done correctly, the end result will look like this. 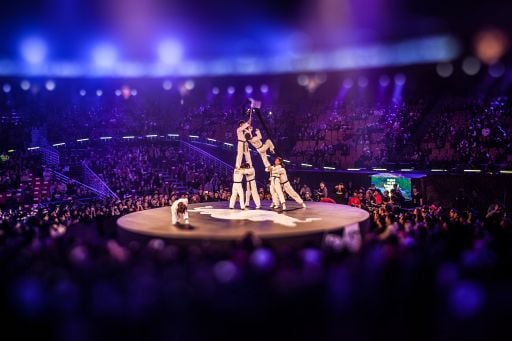 NOTE – this method is done with Adobe Photoshop CS6. There is an alternate way to create the same effect on previous versions but this won’t be discussed in this article.

Here are the instructions

1. Shoot the picture. The higher you are and the farther you are from the subject, the more the effect will be magnified. So try to do those two. 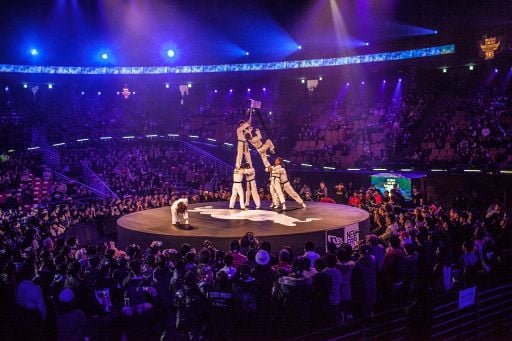 2. Open up the picture on Photoshop and select the Tilt-Shift Filter. 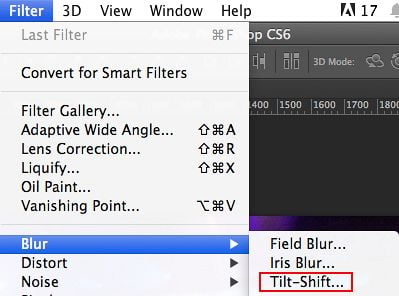 3. Play with the Blur Knob on the right. Personally for me, I push the knob all the way to the right to see how much the distortion direct affects the photograph. 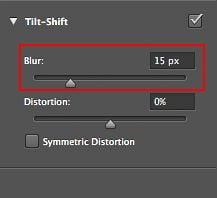 4. Play with the tilt mechanism on the photographs.

a. The solid line (red arrow) is where the distorted area separates from the untouched area. Move this up and down to figure out where you want the photographer to be in and out of focus.

b. The dotted line (yellow arrow) shows how much distortion gradually strengthens away from the center. In general, a gradual fall off looks more realistic. Play around until you feel like the photograph feels right to you.

c. The center pin (green arrow) can move your whole tilt mechanism around.

d. Also in addition, you can tilt the whole mechanism by clicking on the solid line (red arrow). 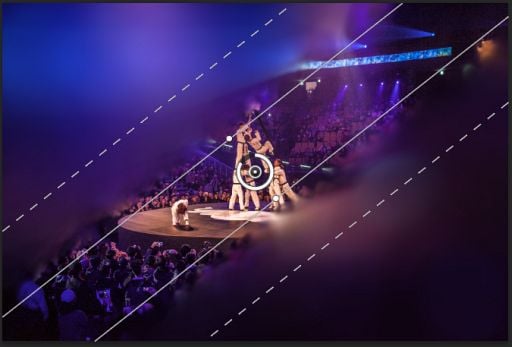 5. Once you like what you have, just simply press enter and voila! You just faked a tilt shift effect on Photoshop. If you don’t like it, just undo and try again from step 2.

Pointers: There are more options such as distortion and bokeh on the tilt-shift effect you can play with. However, this guide is only meant to explain to you the basic instructions. The rest of the effects tweaked and played with to your own taste.

Here are a few more examples from the event. 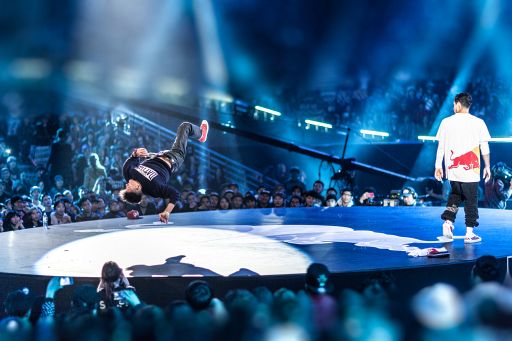 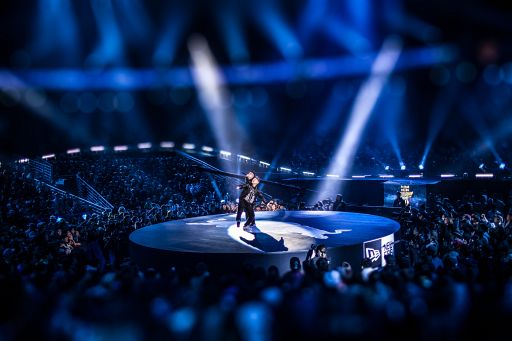 Kien Quan is a New York City based dancer turned photographer who specifically specializes in capturing culture, action, dance, and portraits in the most dynamic way possible. If his photographs stop you from scrolling down a page, then he has done his job. You can reach him on Facebook and Instagram, or view more of his work at Kien Quan Photography.

P.S. Think this is bollocks? See if you can tell a real tilt-shift from a photoshopped one here.

« Gopro Captures Base-Jumper Hitting Rock, Turns Capture Into An Epic Slo-Mo Footage
Ever Wanted To Make A Person Forget They Had Cancer? Check Out This Brilliant Portrait Project »