Not a long way back we shared a cool tutorial on a homemade Travel Jib (kinda like this Portable Mini Jib). But for those times that you need to carry heavier cameras and you want to trade portability for stability you may want to use a crane.

Charlie Mac created this wonderful tutorial for building a the Travel Jib big brother – a camera crane. It is not as portable, but way sturdier and can handle bigger loads. 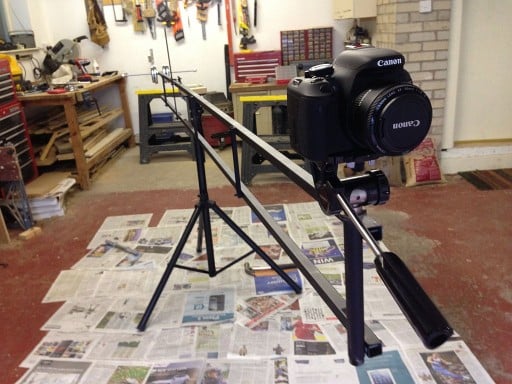 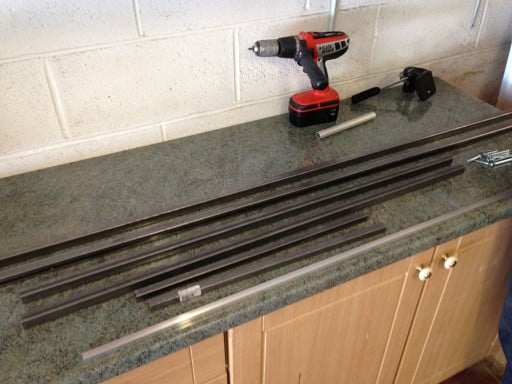 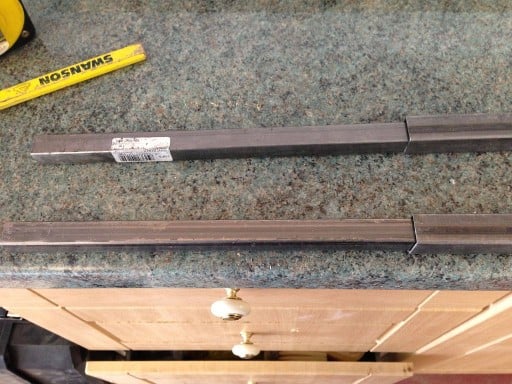 I cut the 1x1m thinner tube in half and bolted one each into the ends of the 1m thicker tube. This would be where the pivot point was and so I classed these two 1m sections as “the handle” 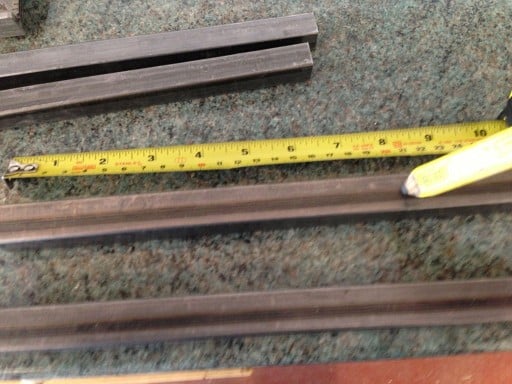 I think I meant to measure out 25cm into the thicker steel tube….oh well, it worked. 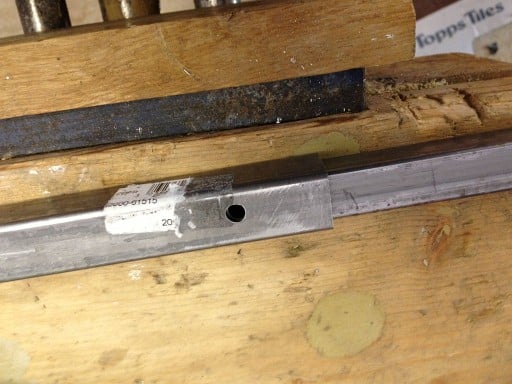 drilling the holes to bolt the thinner steel tube into the thicker one. 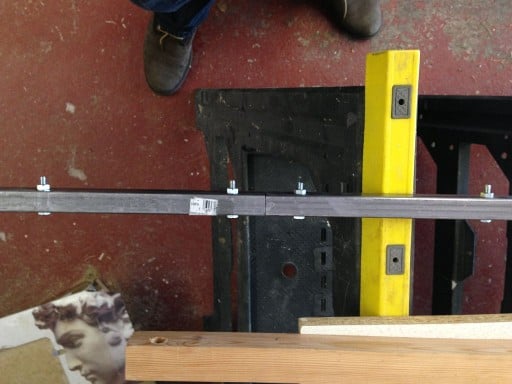 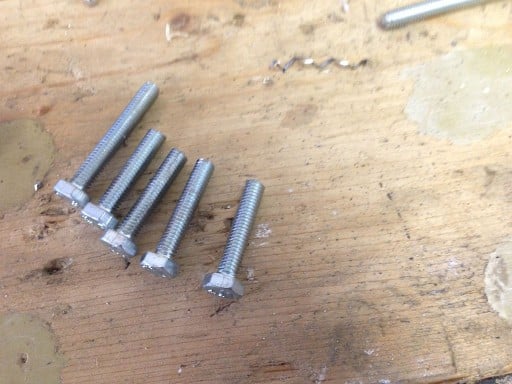 Had to cut down some of my bolts 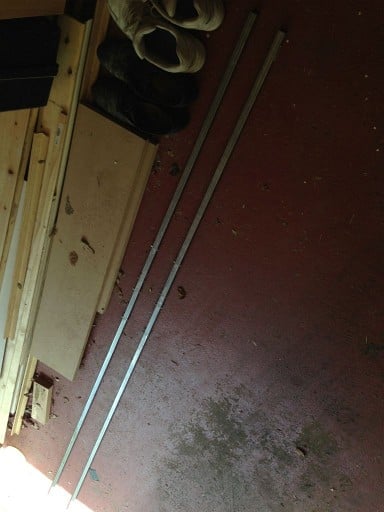 Two completed arms with the handles on the end. Total of 4m 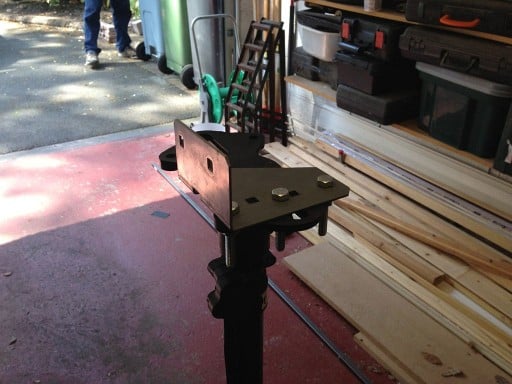 Bought a simple speaker stand and speaker hat from amazon. Wish I’d spent a bit more money here. The stand isn’t that sturdy, and the metal is really weak. Was tightening the hat onto the top of the stand and the damn bolt went straight through! oh well…still holds. 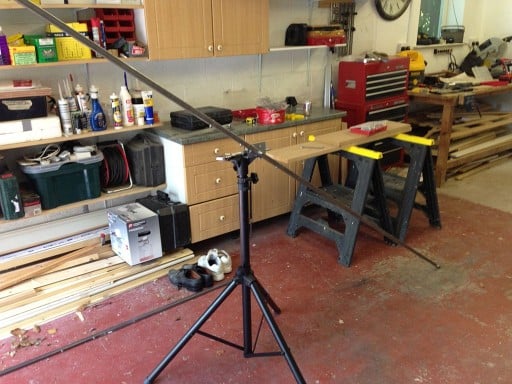 Drilled a hole in the longer thick tube about an inch or two infront of the join between “the handle” and the main arm. This is to be the top arm. 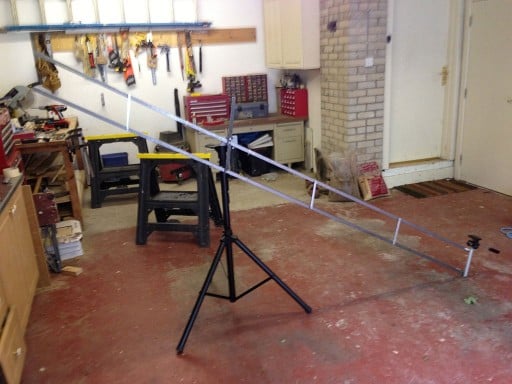 Kept forgetting to take pictures….by now, I have used that 1m aluminium bar and cut it into about 6 inch lengths to use as strutts between the two arms placed about every half meter 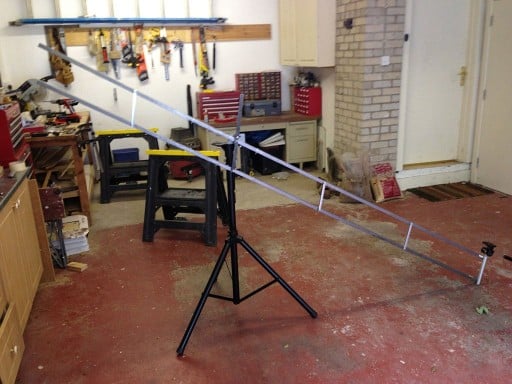 …I then went back to the local hardware store and bought a meter of 20mm wide flat steel bar to create a handle at the pivot point. I have made sure to be able to lock this into place so I can either hold the camera level throughout the movement of the crane, or i can unlock it so i can control the tilt angle of the camera (quite proud of that bit) 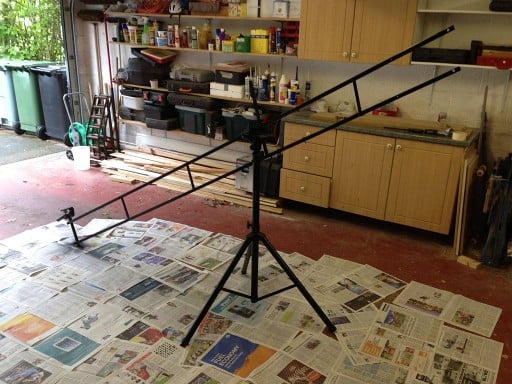 Painted! Simple black spray paint. Wish I had washed it down slightly though as the steel was slightly oily and so the paint didn’t stick as nicely as I was hoping. 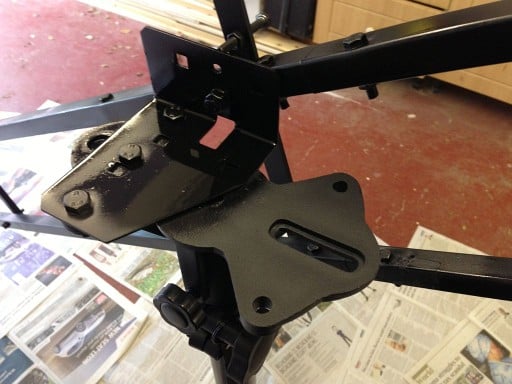 Paint’s still wet…I found this bracket lying around and so just bolted it to the top hat, and then to the top arm. Later on, I added a piece of thick wood between the bracket and the top hat as the plastic was flexing way too much. 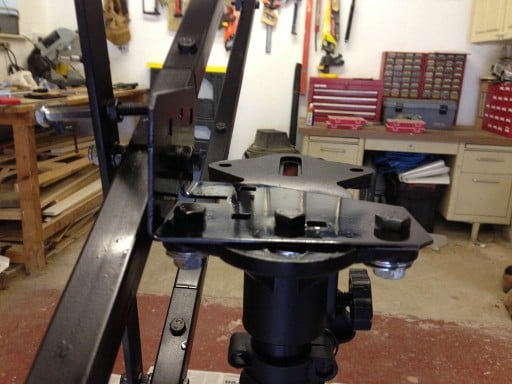 In the top left of the image is the bolt that I use to lock the arm in place to keep the camera level. just need a spanner to tighten it or remove it. 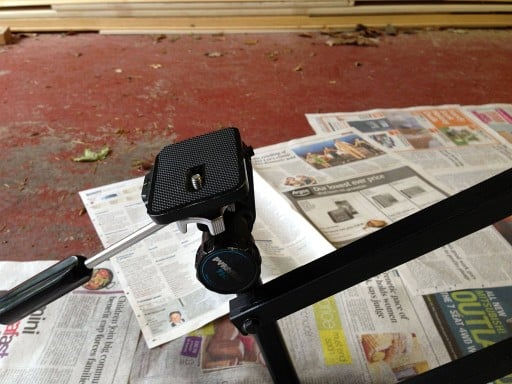 This is the head from an old p.o.s tripod i had lying around. Would cost around 20 quid from amazon though at it’s cheapest. 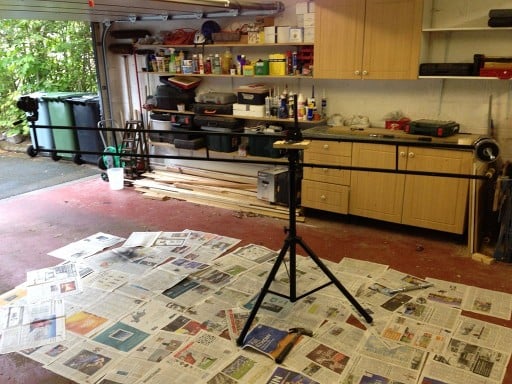 FINISHED!! all balanced with some weights. 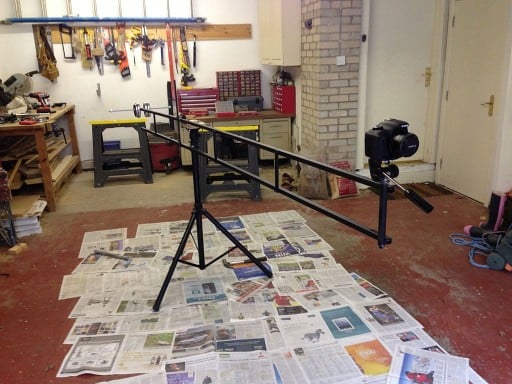 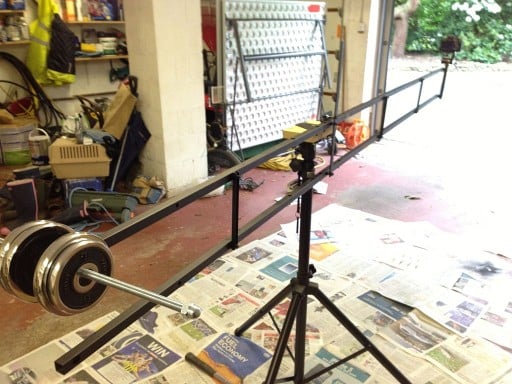 Charlie is going to release a  video tutorial on how the crane was build so keep an eye on his YouTube channel.