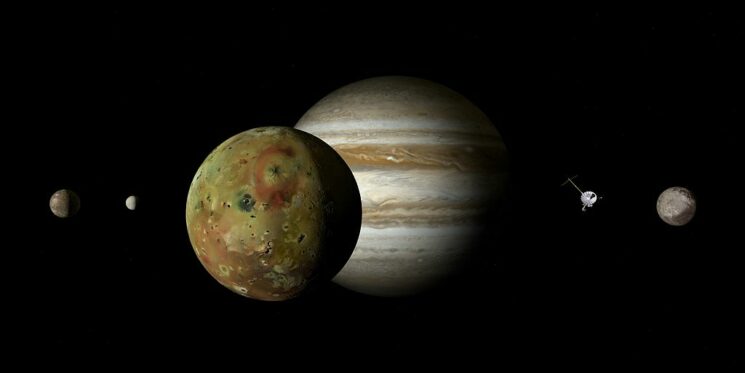 It doesn’t happen every day that a new Jupiter moon gets discovered. And it’s even less common for an amateur astronomer to find one. In fact, this is the first time! Going through the dataset from 2003, Kai Ly discovered a moon around Jupiter that hasn’t been known so far.

David Jewitt and Scott Sheppard from the University of Hawaii led a group that used these 2003 images to discover 23 new moons, including Valetudo, Ersa, and Pandia. All images were captured by the Canada-France-Hawaii Telescope (CFHT). These images are still available online, and Ly reportedly thought that there could be something more. As it turned out – he was right.

“I’m proud to say that this is the first planetary moon discovered by an amateur astronomer!” Ly said, but added that it’s, after all, “just a typical member of the retrograde Carme group.” This is the group of 22 Jovian moons discovered in 1938 by Seth Barnes Nicholson. This family of Jovian satellites “have similar orbits and appearance and are therefore thought to have a common origin,” NASA explains.

Ly’s recent discovery is currently named EJc0061, but it’s still to get an official name. When it does, Space.com explains, it will likely end in the letter “e.” “A name ending in ‘e’ was chosen in accordance with the International Astronomical Union’s policy for designating outer moons with retrograde orbits,” NASA officials stated when explaining Carme’s name. So, since the newly found EJc0061 belongs to the same group, it will likely also get a name ending in “e.”

Only four Jovian moons are visible when you look through a small telescope like mine. But there are 75 more of them that have been discovered. With the one Ly has found, the total number of known Jupiter’s satellites will be 80. As Space.com notes, Jupiter may have “dozens or even hundreds of undiscovered moons orbiting around it.” So, there are plenty more opportunities for astronomers, whether enthusiasts or professionals, to discover new ones.

« Instagram now translates your Stories into more than 90 languages
Hubble is back: Here are two new photos it took »