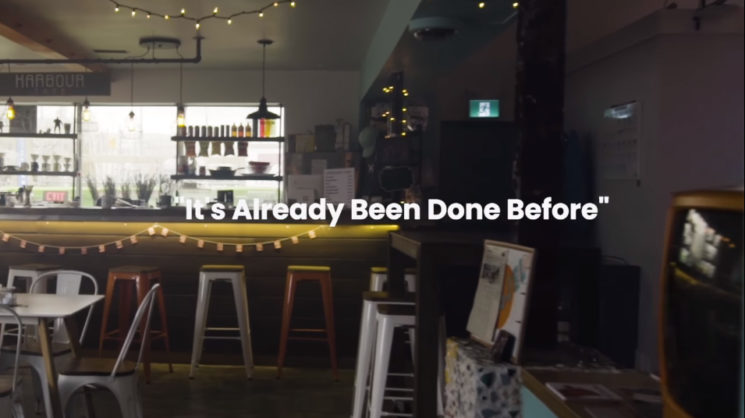 So, you have this great idea, it completely occupies your mind and you can’t wait to start working on it. And then it hits you, or someone tells you: “It’s already been done before.” It’s highly demotivating and I believe it has happened to all of us. Zach Ramelan suggests you take this saying and throw it out the window, and gives you some reasons why you should work on your idea even if it’s already been done before. If you’re looking for some motivation, this video might be the right thing to watch right now.

If you realize that your idea has been done before, think about this: no one would do it the same way as you would. Even if you take an idea that already exists, you’ll build on it, develop it, and add something of your own to it. So, don’t stop at “it’s already been done before.” Instead, start from there and make it a launch point. Look at what has been done and think about how you can improve it.

Then, Zach advises you to think about the people who inspire you, your idols and fellow creators. Someone had probably told them every once in a while that their ideas had already been done before. But, they didn’t let it stop them.

“Ambition is crippled by lack of confidence,” Zach continues. So, be confident. Believe in yourself and your ideas. Easier said than done, I know, but self-confidence is something we constantly need to work on.

I’d like to add something here: just think of all the books that have been turned into screenplays, comics turned into movies and so on. These are all existing ideas but in a completely new form.

Finally, Zach urges you to just start creating when you have an idea, even if you think (or know) it’s already been done before. Don’t get discouraged and don’t wait for someone else do it for you. After all, “procrastination has been done before!”

« From Drab to Dramatic: How to Make Any Space Photo Worthy [NSFW]
How to create soft light in tiny spaces with a single light source »