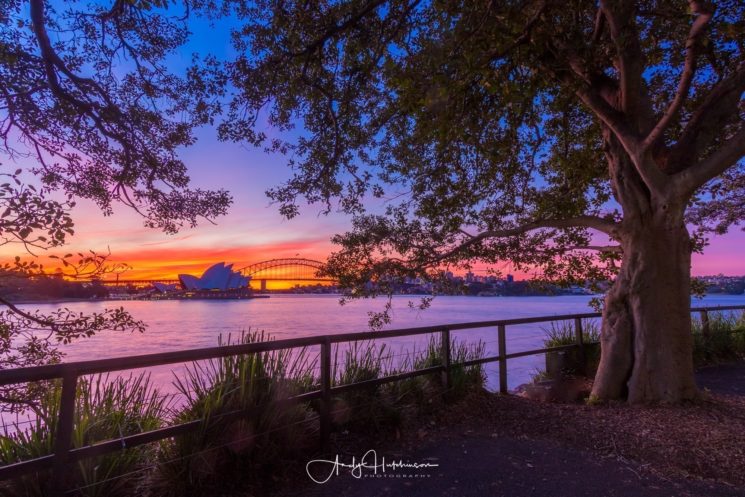 Being a photographer used to be pretty simple. You had a camera, you had a subject you liked photographing and you used to go out with your camera and photograph the subject you liked. And apart from perhaps showing off the occasional print at the local camera club to a group of like-minded tragics – that’s probably about as far as it went.

Then social media arrived and as with so many aspects of this modern connected life of ours, everything changed.

Most people like showing off their hard work. We are encouraged to do so from an early age. From kindergarten when our paintings get hung on the wall and admired at end-of-term parent/teacher meetings through to senior school, where we get assessed on our artistic abilities by examiners; it’s a climate of produce-and-be-praised. So while (good thing) we are taught from an early age to create art, it gets tied up (bad thing) with the need for praise and adulation.

So, of course, it was only natural that a system based entirely around manufactured popularity was going to fit right into our craven need to be praised for our artistic endeavours. From the very get-go, it was obvious that social media was distorting what it meant to create. From the early days of MySpace, through the seismic disruption that was Facebook, to the juddering behemoth that is Instagram – photography changed from a hobby pursued by mild-mannered geeks with bag and tripod fetishes, into a global competition for virtual affection with no end date.

Where once we might have given ourselves a pat on the back for taking a particularly nice photograph and perhaps got a print made for the living room wall, we now find ourselves in the thrall of a worldwide audience of content-devouring critics. Even the most hard-nosed inward-looking photographer would be a bare-faced liar if they told you that they didn’t get a kick out of random citizens of the Internet lavishing praise on their photographs. Enjoying praise for our photographic efforts is akin to pissing in the shower – there are those who admit to it and there are liars. We might kid ourselves that we upload to social media purely to publicise our work and to perhaps earn a few dollars from our images, but truthfully for all but the one per cent, it’s about that dopamine hit of a ‘like’. Everyone wants to be liked.

Taking All the Fun Out of It

I’m a landscape photographer. I’ve dabbled in other areas, such as wildlife photography and street photography, but really for me, it’s about preserving split-seconds of awesomeness out in nature. Whether it’s the way a golden sunrise lights up and changes the vista, or the rugged beauty of a plunging waterfall or, yes, a cliched lone tree on a cliched hillside – for me it’s about seeing and capturing and preserving that moment.

What I have noticed, however, is that while I still like capturing said moments of awesomeness, the subjects that I photograph have been subtly changed over time by the reactions I get to those photographs online. If I take a photograph of a particular scene and it garners a decent number of likes and shares and comments – then, of course, I’m going to be more inclined (even if it’s subconscious) to take similar photographs. Everyone wants to be liked and everyone wants their art to be liked and so when you hit on a winning formula, you fucking well stick to it. Woe betide you if one of your photographs goes viral because you’ll be chasing that dope-like blast of social karma for years. Take a look at the feeds of successful Instagram-photographers and you’ll notice that their photographs all have a very recognisable style, such as high-key or pastel tones. The question you need to ask yourself is, whether they persist with that style because they like it or because it gets them likes – one outcome is truthful and has value and the other is sad.

Whether we are aware of it or not, the moment we start uploading our photography and sharing it publicly, we are abandoning the pure pursuit of a hobby or craft and entering a global competition for Internet love and (largely meaningless) internet points. The question is, do we suck it up, upload our imagery and revel in the dirty rotten nature of it all, or do we, like some millennial Vivian Maiers, just produce a large amount of work to be either forgotten forever or discovered and celebrated when we’re dead and buried? 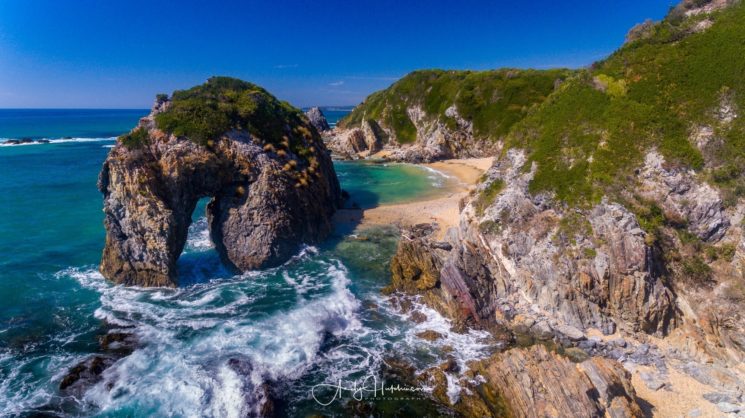 Horsehead Rock is always a safe bet for solid engagement numbers on the Insta. The fact that it’s an amazing location sometimes seems secondary to that fact.

There are echoes of the globalisation of commerce in all of modern photography. Just as the Main Street in every town features the same globally recognisable names, so a creeping homogeneity has taken over the images we are all producing. At its most obvious level, this is evidenced by the Instafamous locations that pop up again and again in our social media timelines. You might never have been to Horseshoe Bend, Torres Del Paine, Trolltunga, Machu Picchu or Gullfoss – but I bet you know the names and I also bet that all five of these locations have popped up in your Instagram feed several times this week. These places score well in Instagram’s and Facebook’s algorithms and photos of them bubble up to the top more often than photographs of less obvious places. And because we all know that these Instafamous locations look stunning and because they have well and truly been ‘discovered’ – we can just visit them, along with all the other folks, and take our near-identical images.

It’s not just the locations depicted by the photographers sharing their images on social media, it’s the style, the composition, the framing, the colour palette and the post-processing. The ubiquitous orange-and-teal look is used by many photographers for their social media posts. It began life in the film industry over a decade ago but was picked up by photographers and applied to both still and travel films. These days it’s absolutely everywhere and I have grown to dislike it – particularly when it is used to create an image so over-filtered that it looks like a print on the wall of an irradiated building in Chernobyl. But these images do well and collect lots of praise from commenters and, of course, accrue those all-important likes, loves and upvotes, so maybe it’s just me.

Photography as a Commodity

Muddying the waters of the global photographic community are the millions of businesses looking to make coin out of it. Whether they’re promoting guest accommodation and trying to attract visitors to stay with them, or tripod companies pitching their wares to gear-obsessed photographers, businesses have been targeting photographers for years now.

By now you’ve probably seen the official designations in photographers Instagram bios. ‘Canon Master’, ‘Team PolarPro’, ‘Team GoPro’ all designate that the photographer in question has been given the seal of approval by a company and gets the free swag. Who doesn’t want free swag? Everyone wants free swag. So the competition is on amongst the influencers and the travelstokers and the army of wannabes who’d love a free lens filter pack and will quite happily make their photos look like some orange and teal soup if that’s what it takes to attain some form of corporate sponsorship deal.
And then there are straight paying jobs. Wield enough legitimate clout on the socials and companies will pay you actual money to go somewhere and photograph something.

Do good photographs come out of official sponsorship deals and straight paying gigs? Sure – but those photographs would never have happened if someone hadn’t been paid to produce them and, if they were produced by someone who wasn’t being paid to make them, maybe they’d have been better. What I do know is that nothing is going to turn a hobby into a competition faster than the promise of dollar bills. Y’all.

The Meaning of Life

Ultimately, the big question we photographers need to ask ourselves is this – what is the point of it all?

What outcome do we see, far off in the distance, when we hang up our cameras for the last time? What goal are we chasing? Is there actually any real reason that we take photographs beyond the transient virtual hug of an Internet upvote? If we stopped throwing our photographs out into the sucking vacuum of the Internet would anyone either notice or care? Would you carry on taking photographs if there were no Internet points available? What, my friends, is the pay-off?

And beyond those questions – would our work be improved by opting out of this maddening global competition? Could we, in this modern era of over-sharing, cope with the knowledge that the only person who would ever see a particular photograph is the person that took it and possibly their cat? If the only outlet for your photographic passion was a ten buck frame from the office supplies shop and pride of place in your back bedroom – would you still take photographs? Hmmmm?

Andy Hutchinson is an English-born landscape photographer who now resides in Australia. He’s been making photographs for over 30 years, although “only seriously in the last ten” exploring South Coast in New South Wales. You can find out more about Andy on his website and follow his work on Facebook and Instagram. This article was also published here and shared with permission.