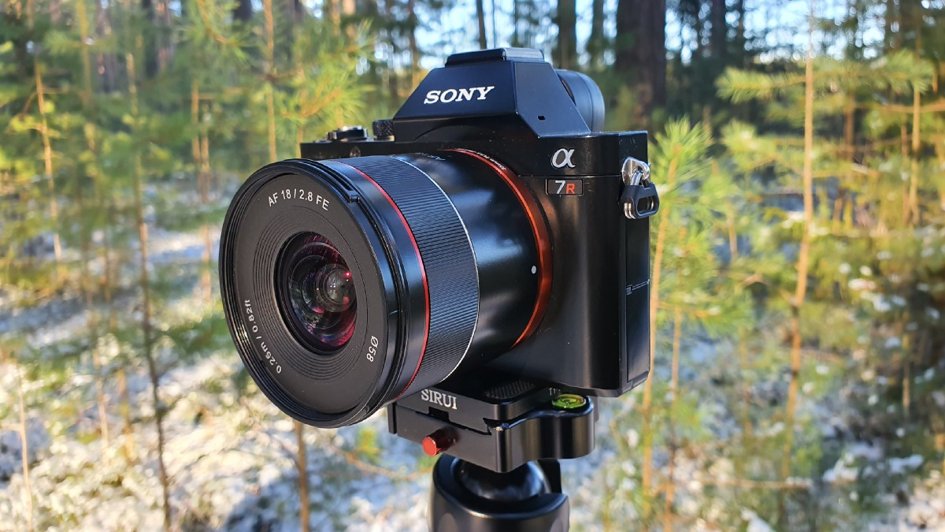 Samyang has won themselves a reputation for manufacturing sharp and budget-friendly lenses. Their first offerings were pure manual, like the now renowned Samyang 14mm f/2.8. A lens that swiftly became a favorite among nightscape photographers. The lens is sharp, lightweight, cheap, and it yields great stars with little to no coma (comet-like distortion). Now comes the newer, autofocus, Samyang AF 18mm f/2.8 FE.

The lens is well built with a mixture of metal and plastic. The latter to reduce weight. At only 145 g, this is a lightweight champion. A petal lens hood is a welcome addition in the box. I highly recommend using the hood when shooting in sunlight. The lens is unfortunately prone to some flare, as we will see in the example images below.

The autofocus is super-silent and surprisingly fast. The manual focus ring is electronic and exceedingly smooth. As a Pentax shooter for many years, it took me a little while to get used to how to operate manual focus on a mirrorless camera. The focusing range is down to 0.25m, or 0.82 feet. That equals a maximum magnification of 0.09x.

Let’s have a closer look at the lens from a landscape photographer’s perspective.

First and foremost, I was keen to find out how the lens performs wide open. Even after darkness had set in I had some light from a half-moon, so all images are shot at iso 1600 and 20 seconds exposure. Vignetting is pronounced at f/2.8, but it’s better at f/4. The level of vignetting is inside the boundaries of what is normal for lenses this wide. (All images: Sony a7r unless otherwise noted.) 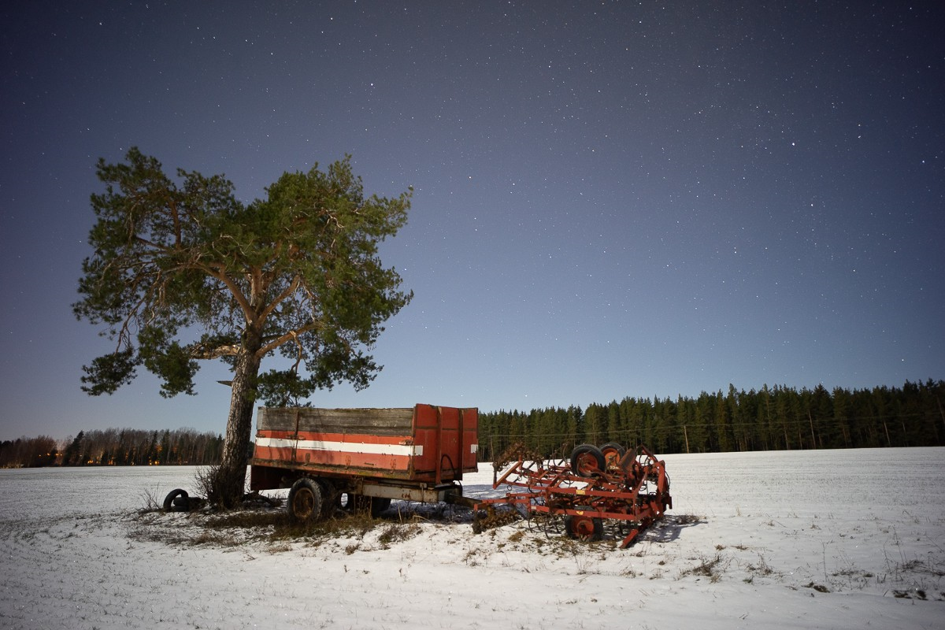 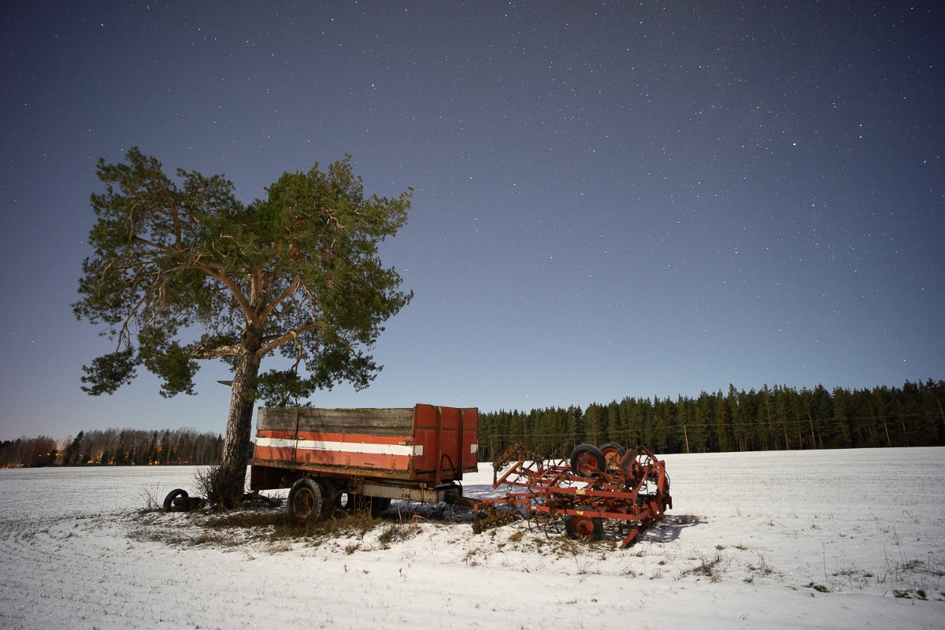 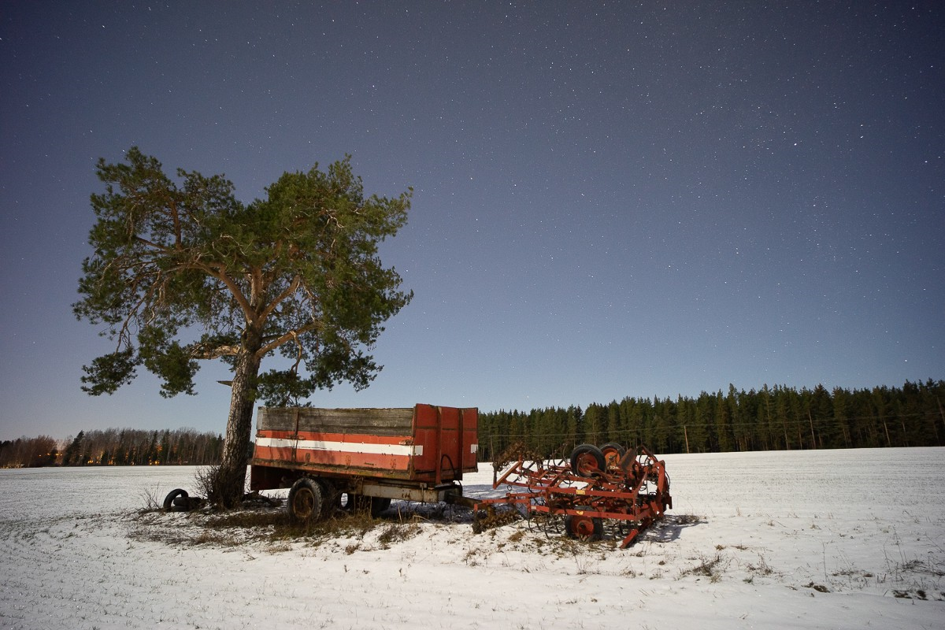 How does the lens perform in terms of sharpness when wide open? Let us zoom into the image. 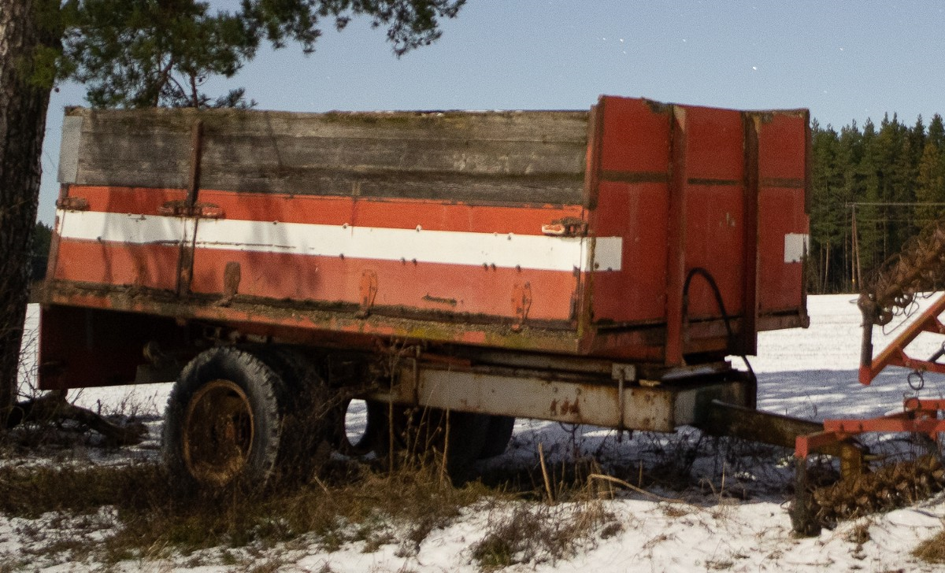 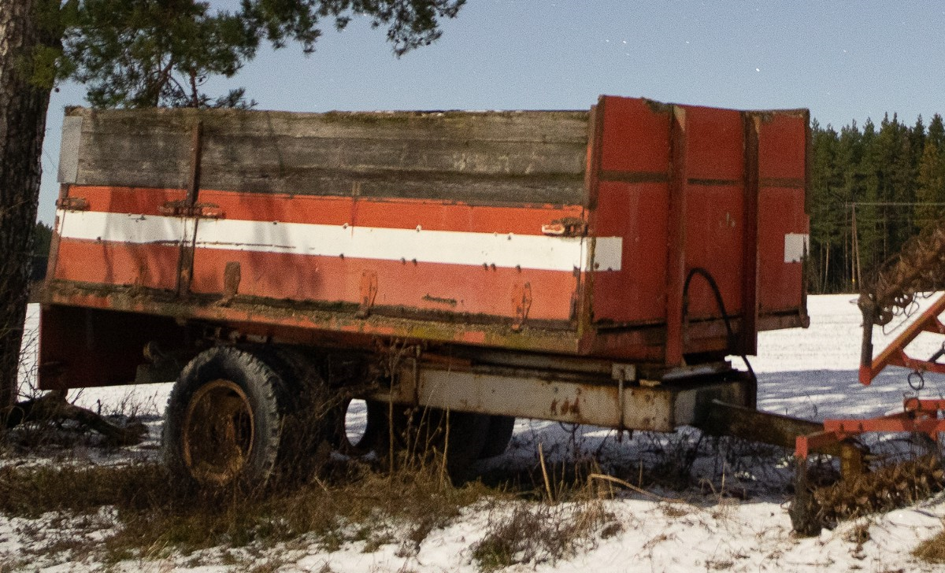 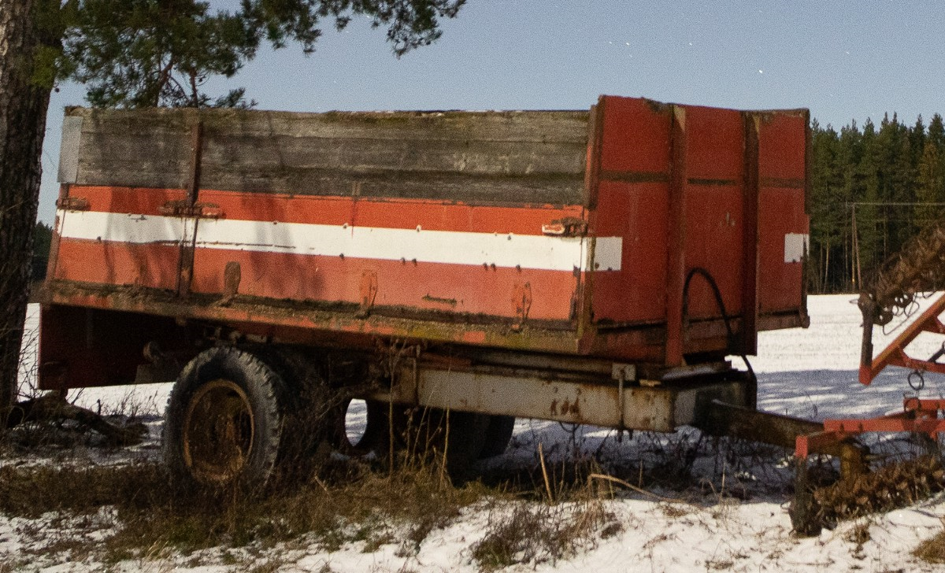 The results are impressive at f/2.8 and only marginally improves when stopped down to f/4.

Several years ago, I learned the hard way that darkness and autofocus have very little in common. This is why I focused manually during daylight. In order for me to avoid accidentally turning the focus ring after having turned on the camera again, I secured the focus ring with adhesive tape.

The most critical aspect is the stars. How does the Samyang render these points of light?

The three images below are crops from the top center of the frame. 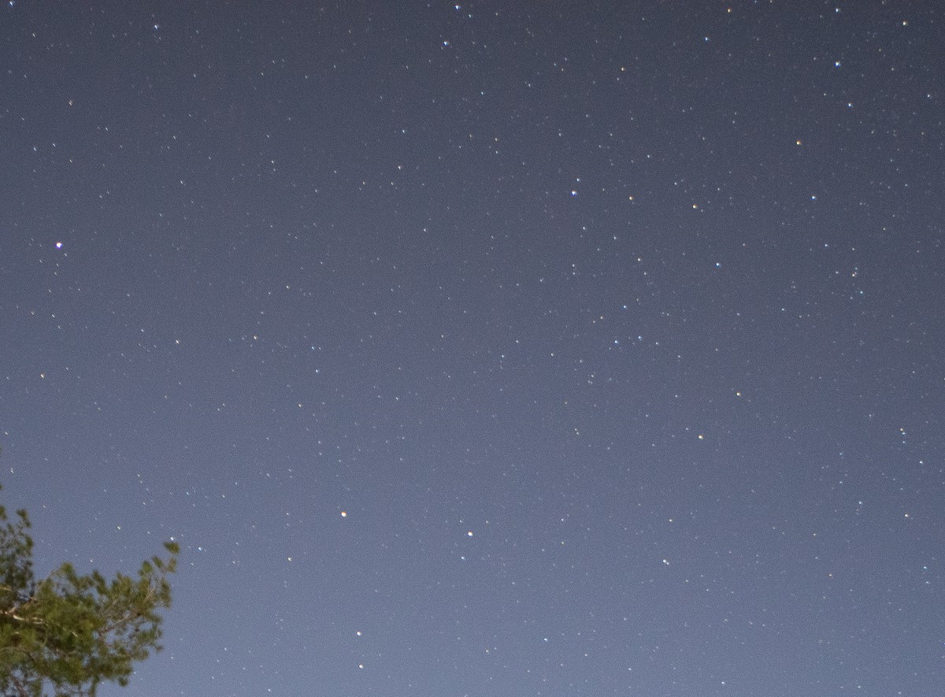 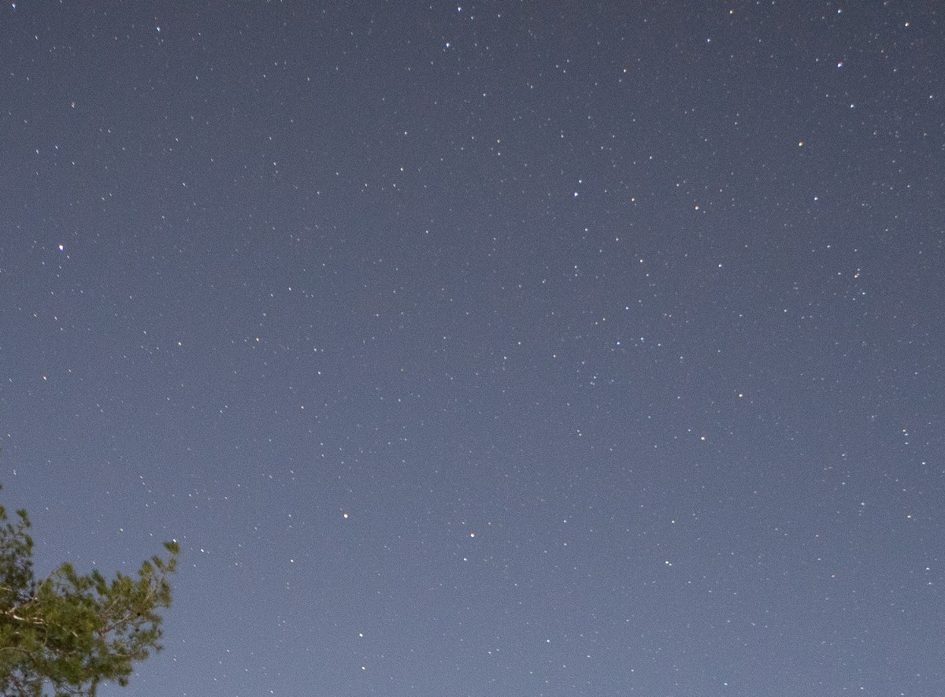 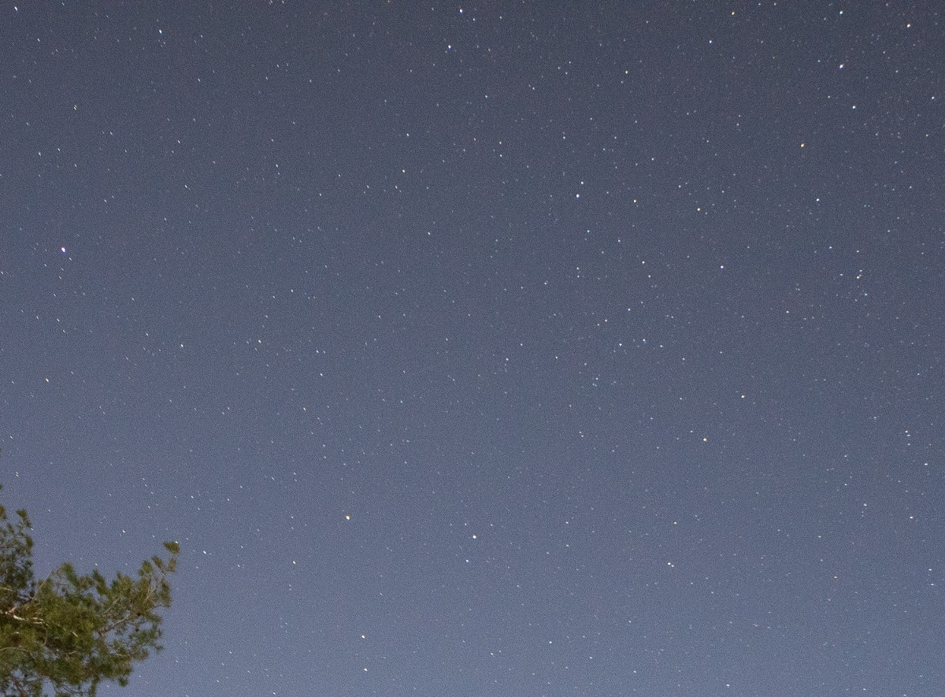 These three are from the right corner: 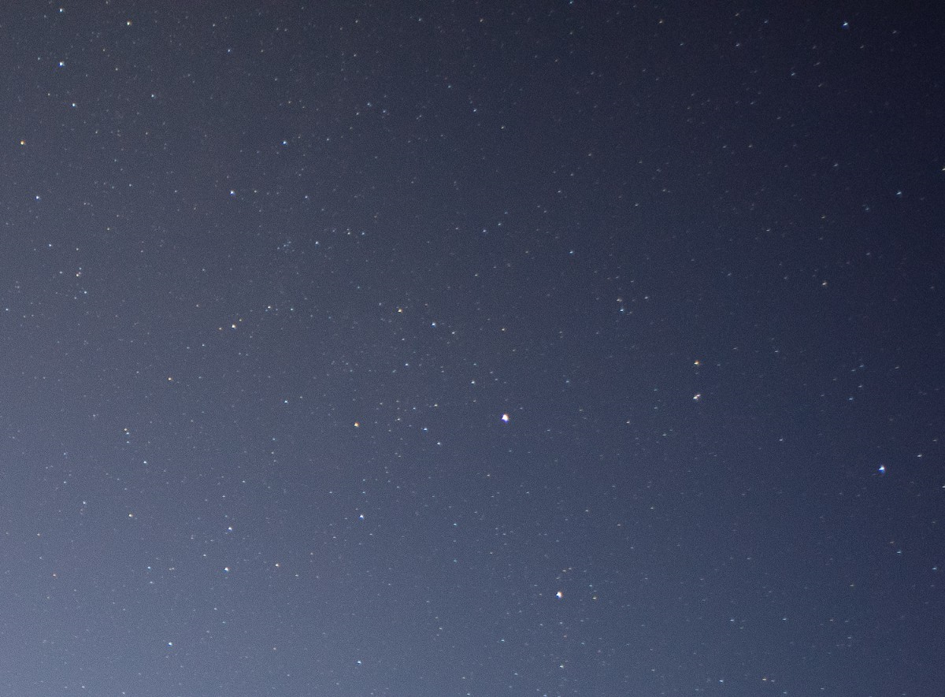 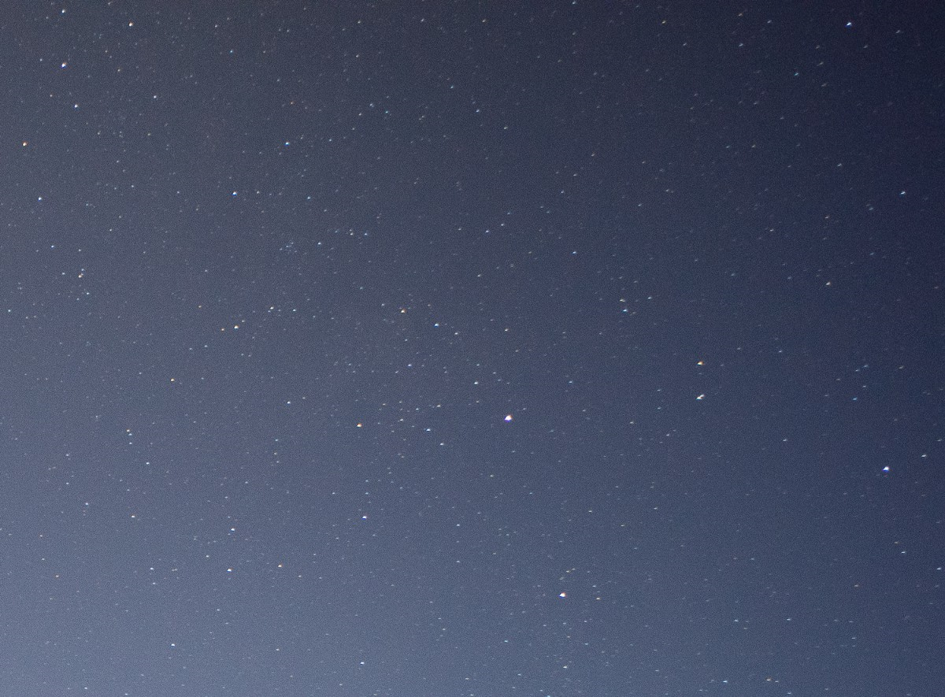 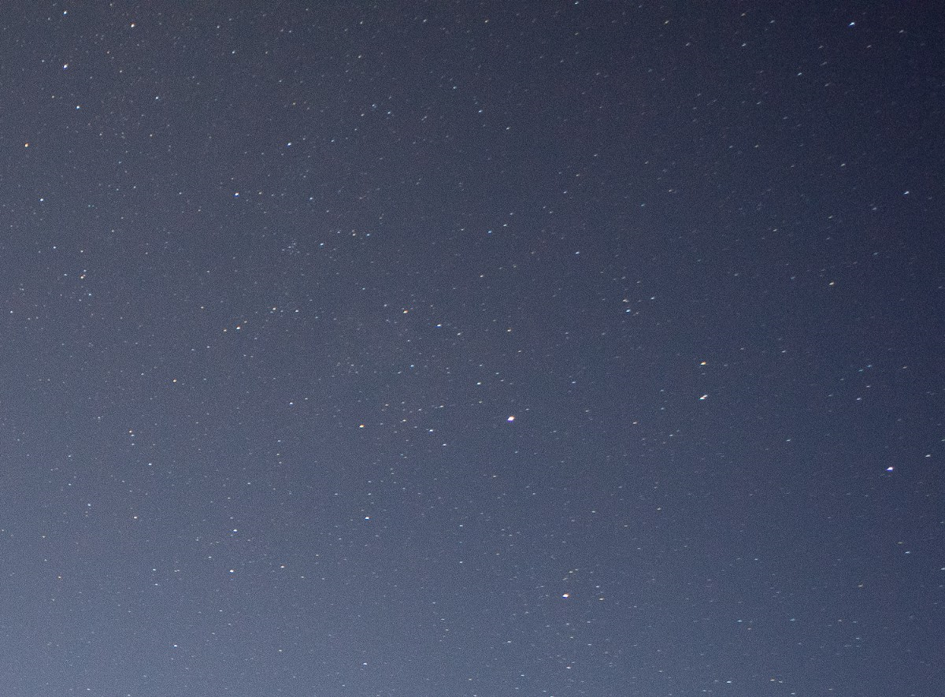 As far as I can tell, the Samyang 18mm has the potential to become yet another favorite among nightscape photographers. Stars are chiefly round with only a touch of coma. Coma is improved at f/4, though. There is some stretching of the stars in the extreme corners, but that is more or less expected since this is a rectilinear wide-angle lens.

The Samyang 18mm is very sharp. I recommend those who would like to see a resolution chart to visit ephotozine — the lens peaks at f/8. Resolution is at its lowest at f/22 due to diffraction.

I have an affection for sunstars, and the Samyang doesn’t disappoint in this respect. But, you have to prepare for some flare. The two first example images are flare-free, though. 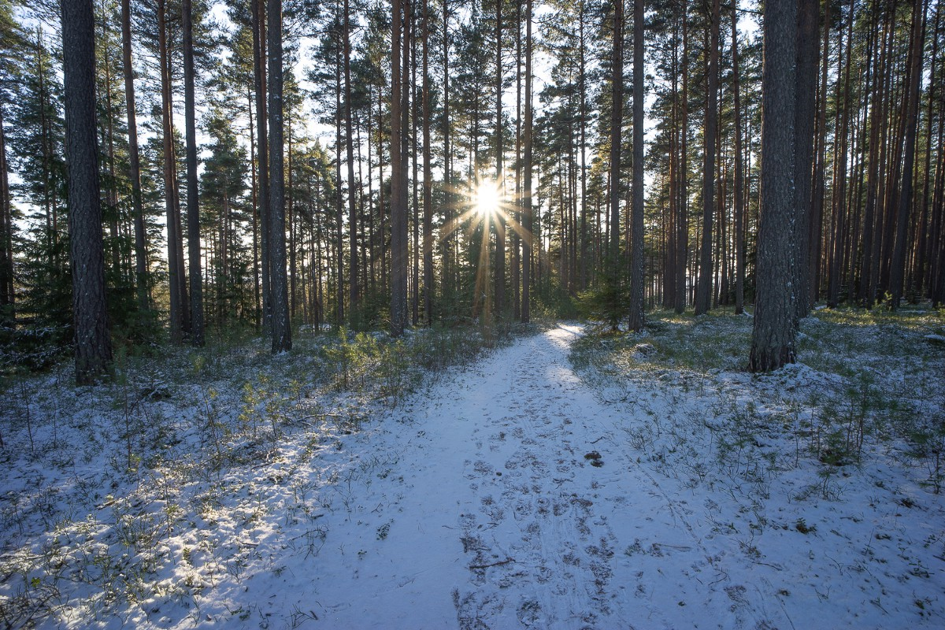 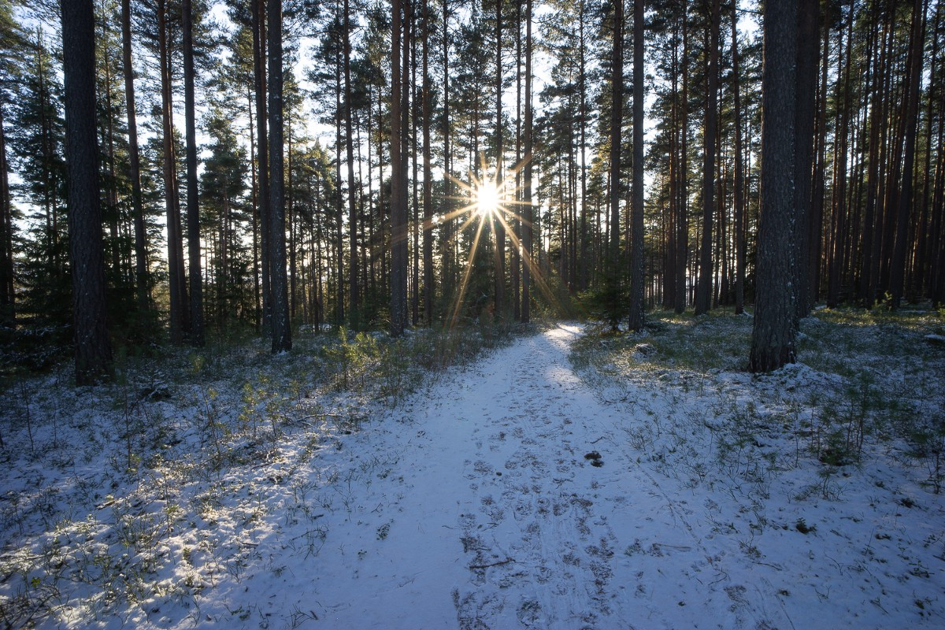 The next two, however, are not without flare. Probably because the sun was less obscured by branches. 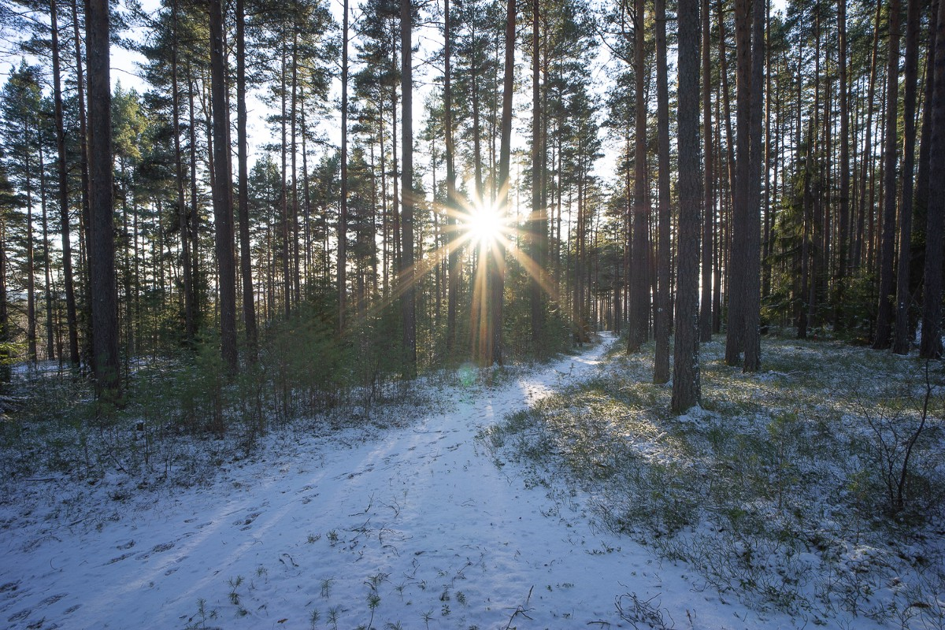 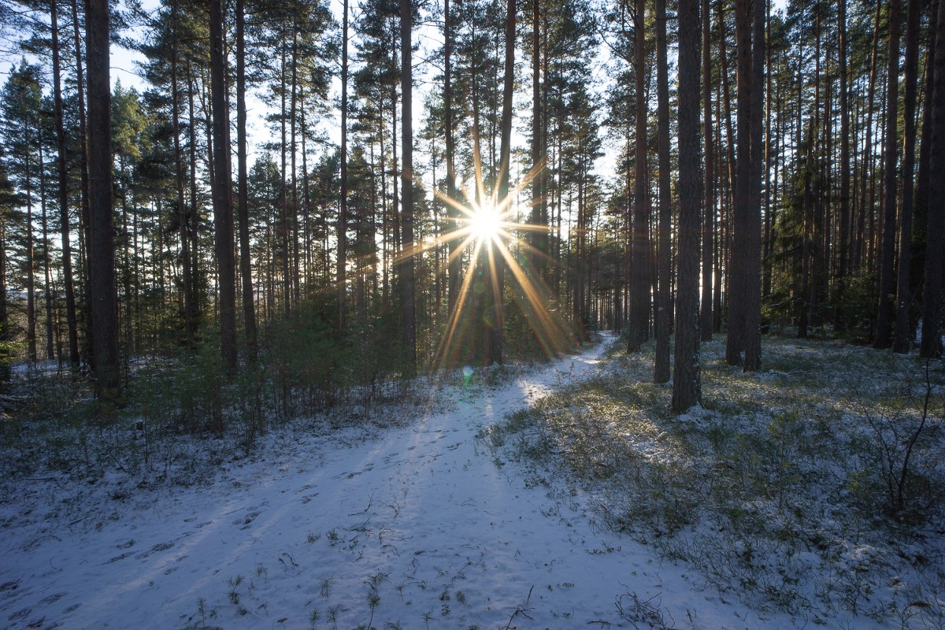 F/22 produces a sharper and more distinct sunstar than f/11. This is normal behavior for any lens. I find the sunstar very pleasing. I am happy to see that f/11 produces a very lovely version of it. In practical terms, this means I can shoot directly into the sun at a relatively open aperture. I avoid diffraction, and I don’t have to shoot two exposures for the scene, which later must be blended in Photoshop. When I say two exposures, I mean one at f/22 for the sunstar and one at f/8-f/11 for the rest of the scene. 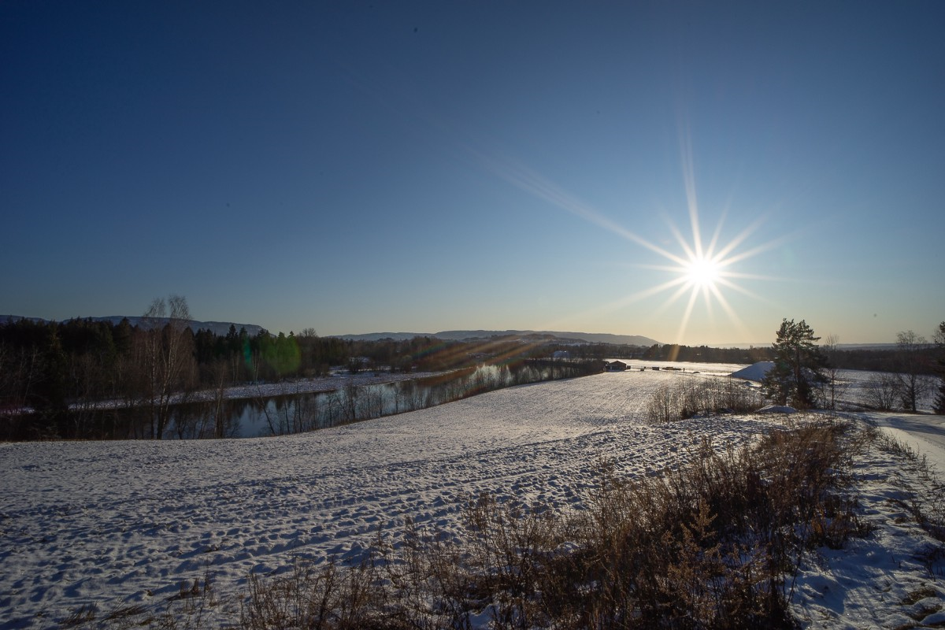 The lens produces a 14 point sunstar. There is some flare in the trees to the left. I produced a tutorial a little while ago on how to remove that flare.

As mentioned earlier, the lens is prone to flare when the sunlight comes from one of the sides. The next two examples are shot without the petal lens hood. If you forget to bring the hood with you, as I did, try to shield the lens from sidelight with your hand. 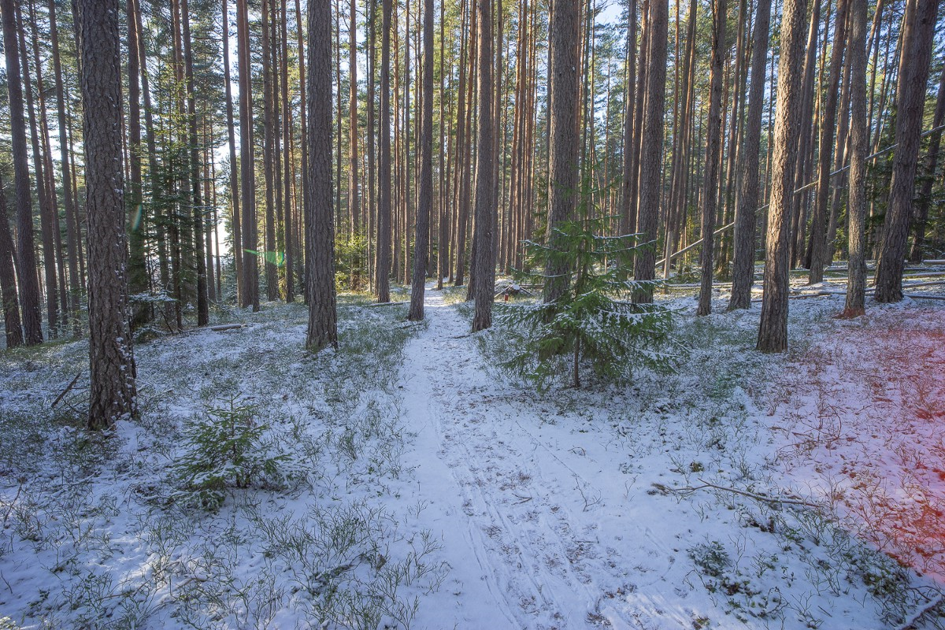 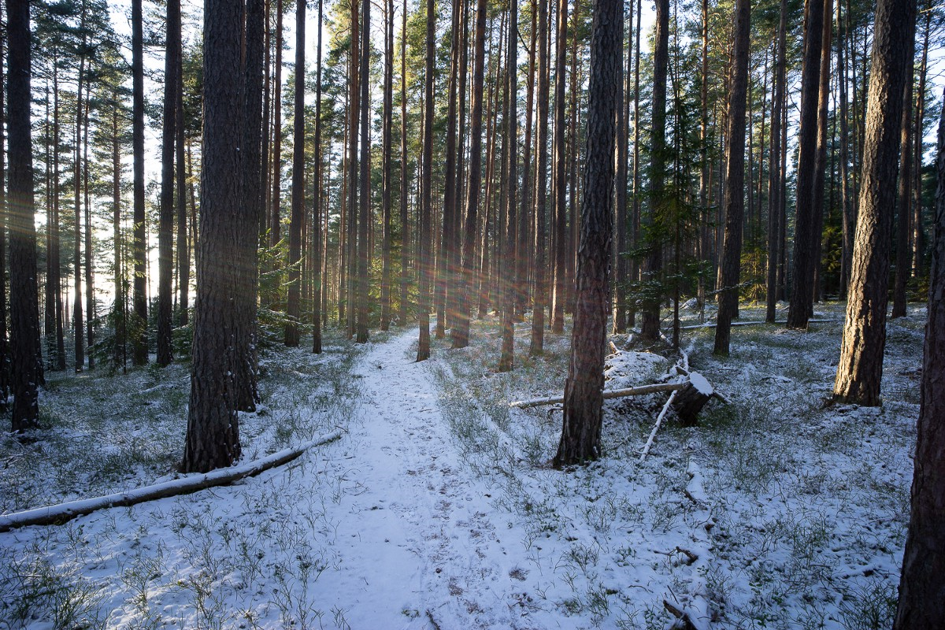 The front element is surprisingly small, considering this is a wide-angle lens. We have seen many manufacturers who produce wide-angle lenses with a slightly pronounced bulbous front element. In other words, you can use a 100mm filter system with the Samyang, but a 58mm step-down ring is necessary. 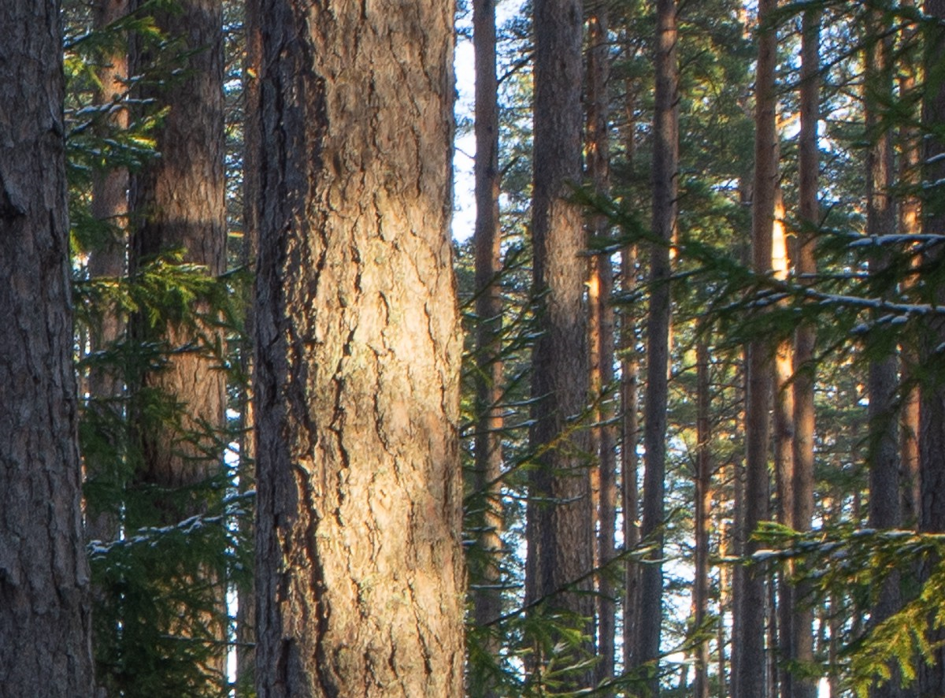 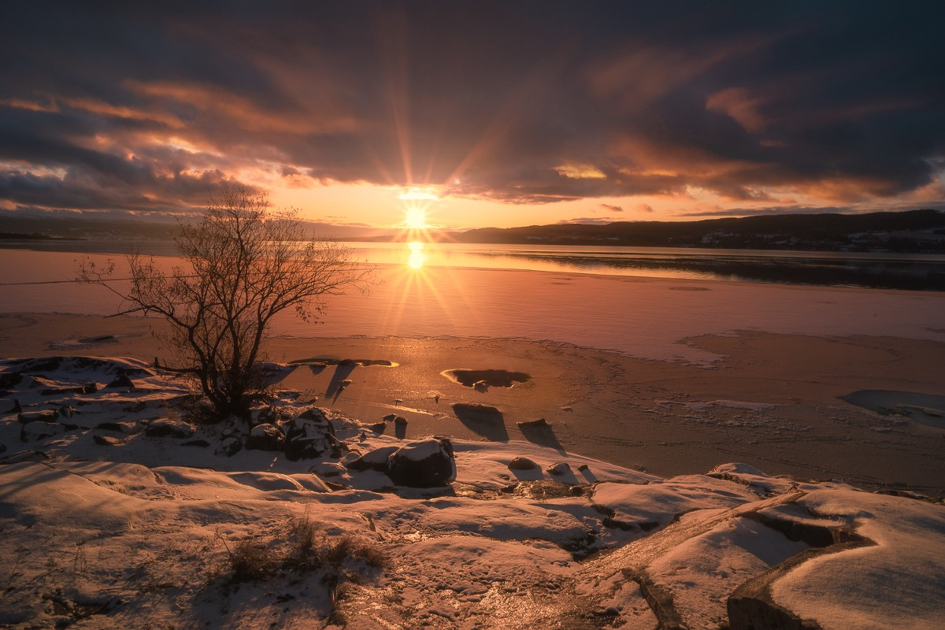 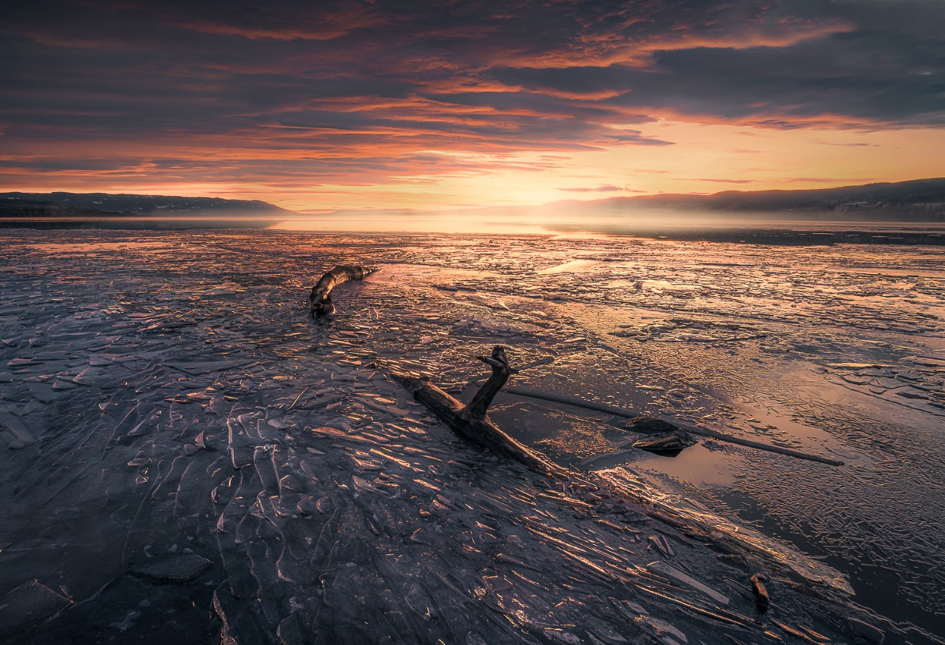 The lens is budget-friendly, sharp, and beautifully renders stars. In addition, it is well built and easy to handle. If you can live with some flare, this is a highly recommended lens.