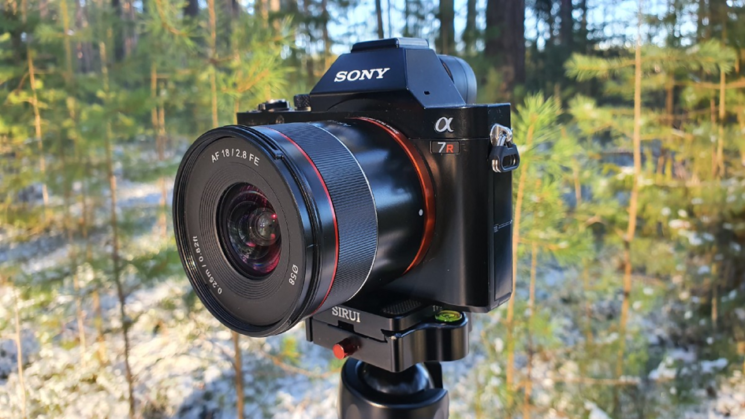 We reviewed the Samyang 18mm FE in February, but that was too late for the milky way season. From the middle of August, it is sufficiently dark in southern parts of Norway to shoot the stars. We have a rather modest window every month where the moon doesn’t wash out the stars. During that time we need to get lucky with clouds.

I have been out with the Samyang 18mm FE for three evenings this fall. The small and lightweight lens hasn’t disappointed. On the contrary.

The Samyang is sharp wide open, vignetting is well controlled and the stars look very decent at close inspection. Let’s have a closer look at a few images; please remember that high iso is not optimal for details and sharpness. All images below were shot with the Sony a7r III.

The first image we will examine is from around the 20th of August. It is shot at a local field not far from where I live. That evening it was enough of a wind to move the foreground flowers. I tried to focus stack the foreground, but it was impossible to freeze the flowers at a 20 seconds exposure. 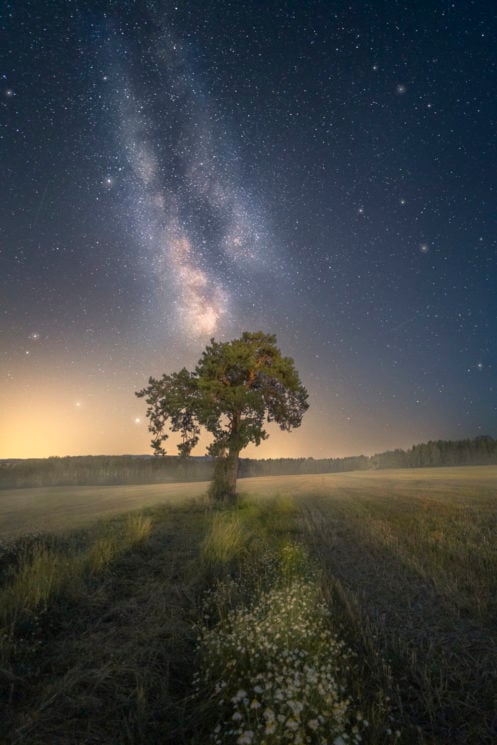 Here is a close up of the tree: 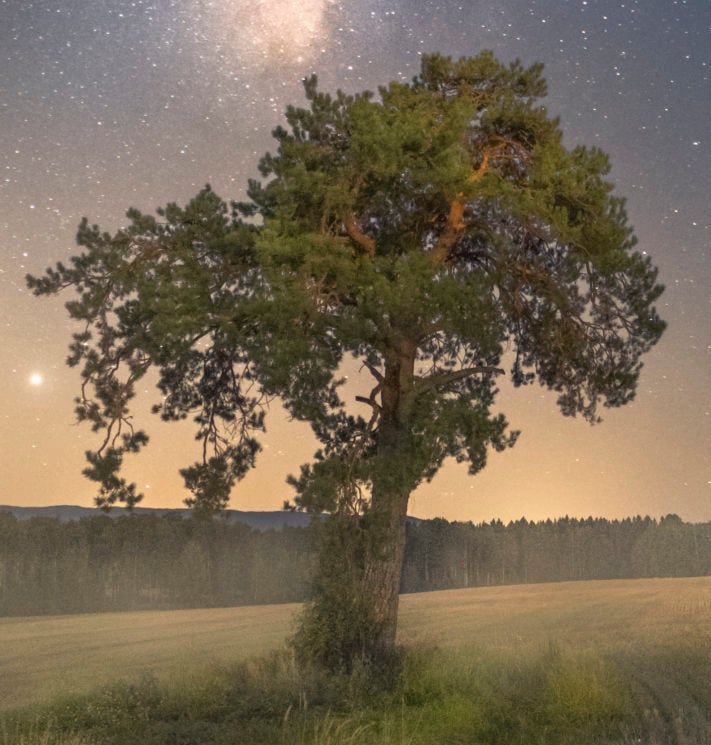 The next opportunity to shoot the milky way was mid-September. It was pitch dark when I shot the following image. I had to use my headlamp to illuminate the foreground. 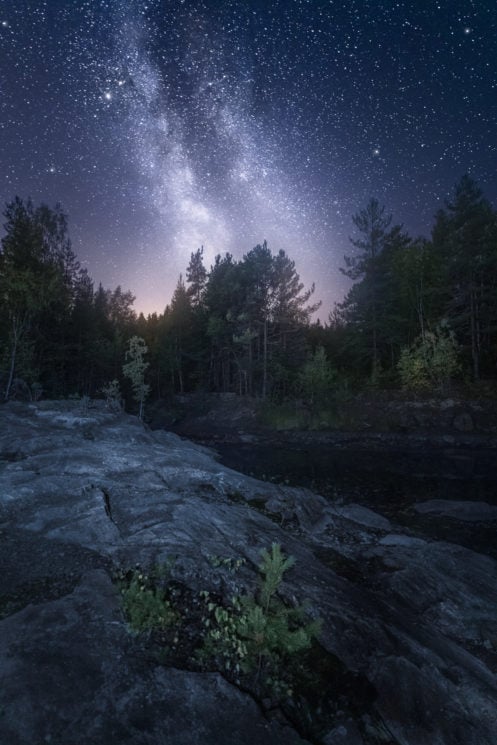 Here is a close-up is from the top right corner: 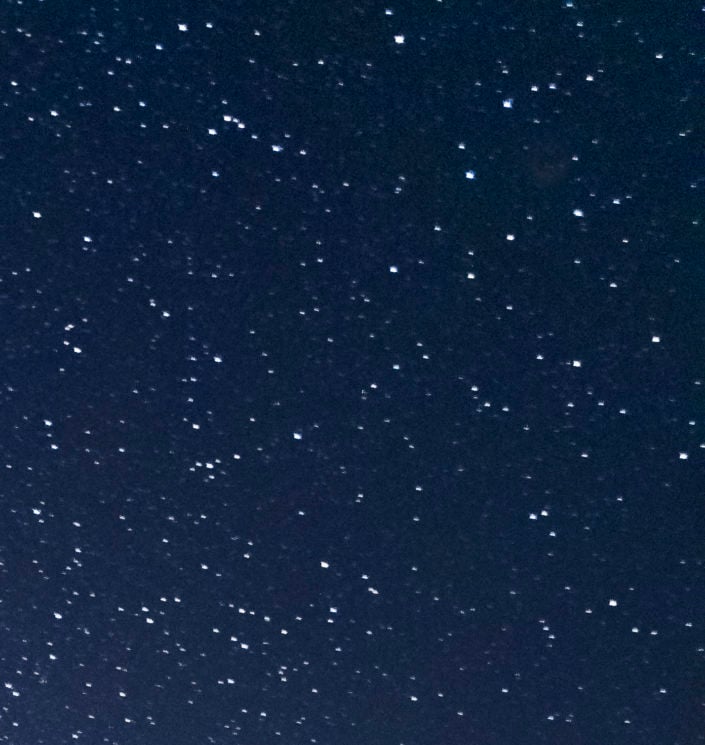 During the years I’ve tried several lenses for night photography. None of them come close to the Samyang in terms of roundness of the stars. In addition, The Samyang produces almost zero color fringing along the star edges.

Dag Ole Nordhaug and I visited Jotunheimen a few days later. Saturday was amazing in the mountains with no light pollution and no moon. The milky way stood out so clearly in the night sky. 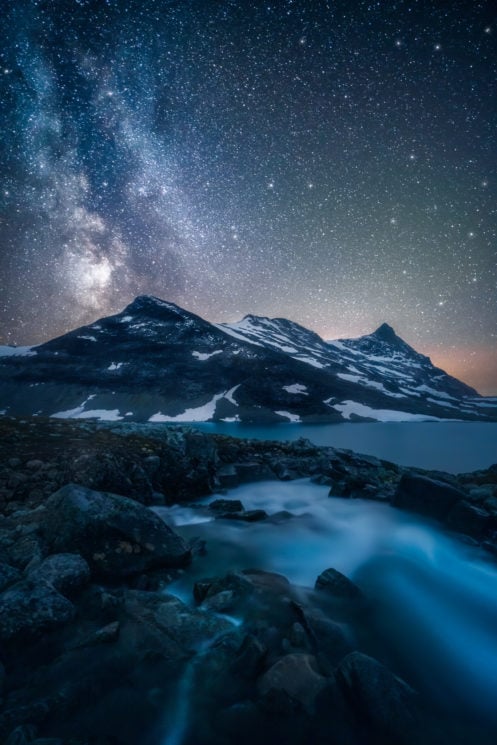 Here is a close-up is from the middle of the frame: 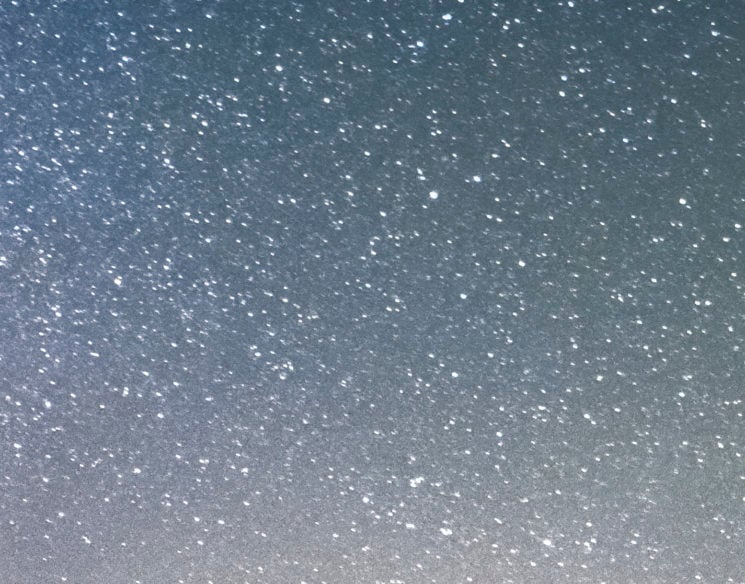 The final image is more or less straight out of the camera. It is an exposure for the shadows at iso 6400, f/4 for 129 seconds. 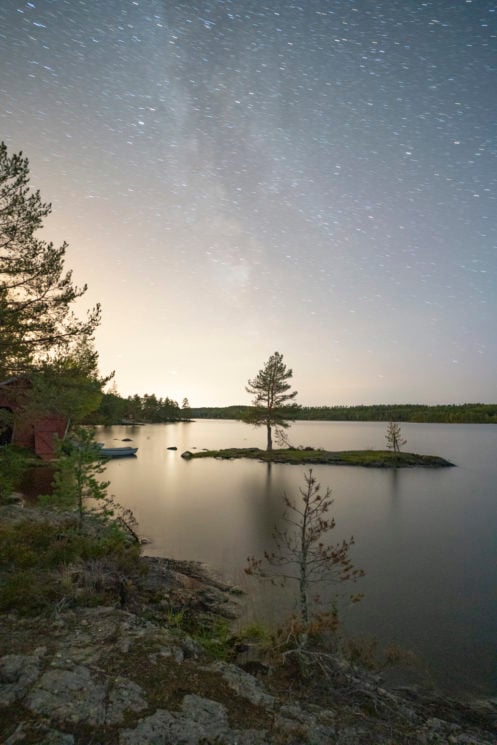 This final close-up is of the largest tree in the middle of the frame. 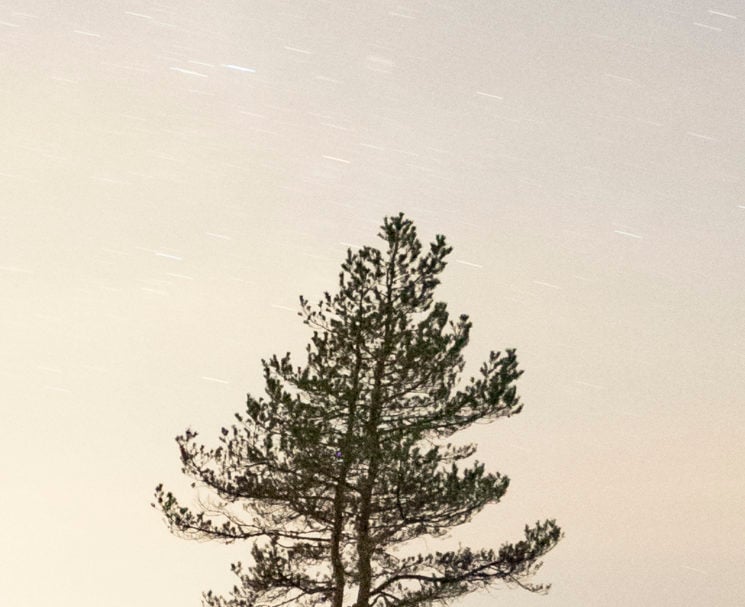 The Samyang 18mm has an electronic focus which makes it easy to focus in the dark. During daytime I have tested where to set the focus for infinity so that I have most of the frame in focus, save the immediate foreground.

To conclude: The Samyang 18mm FE is now my first choice for night photography. It is a lens it is easy to love. In my opinion 18mm is the perfect focal length for milky way photography. At 15mm the milky way takes up too little space in the night sky, and at for instance 24mm it becomes way too dominant.

Hands on with the Samyang AF 18mm f/2.8 FE for landscape photography