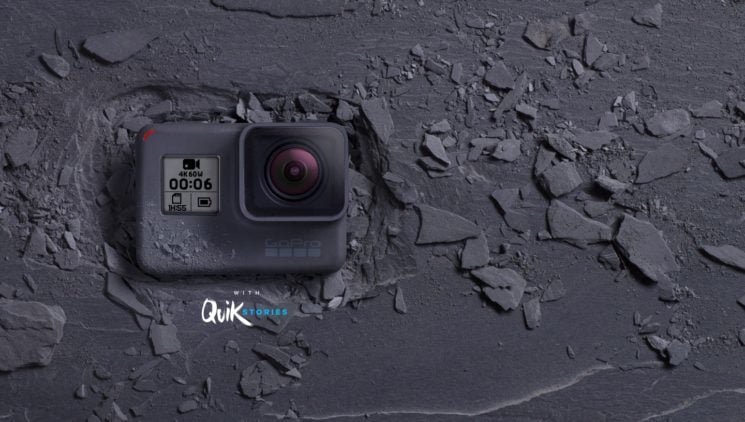 GoPro Hero 6 is officially here. The company has launched the new action camera, which looks a lot like its predecessor, GoPro Hero 5. However, it’s the inside that changed, and the new model brings some improvements. The processor is new, and the features like frame rates, image stabilization and image quality are improved in comparison to the Hero 5.

The biggest novelty is the optimized GP1 processor. Thanks to it, just like the rumors suggested, GoPro Hero 6 shoots 4K at 60fps. The 2.7k video is available at 120fps, and at 1080p you can shoot 240fps, which all doubles the frame rates of the Hero 5.

Digital image stabilization has also been improved when compared to the Hero 5. Although, there’s still no optical stabilization. When it comes to the still photos, the new model performs like its predecessor and it’s able to shoot 12MP images at 30fps in burst timelapse mode.

Of course, the camera is rugged and waterproof (up to 33′). It has a rear touchscreen and Wi-Fi connectivity for remote monitoring and control.

Here are the full specs of GoPro Hero 6:

GoPro Hero 6 is already available, and you can order it here at the price of $500.