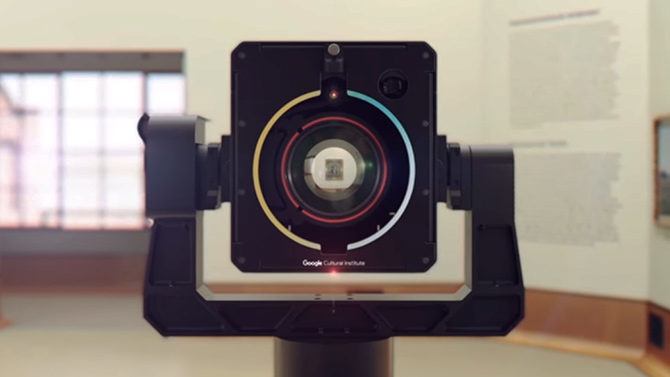 Google, the company that wants to catalogue and index the entire planet has expanded its view into the world of fine art paintings from the lights of Monet and Van Gogh with their new Gigapixel Art Camera.

More akin to a large format scanning back than the sensor inside your DSLR, this camera certainly isn’t intended for shooting selfies.

In the first five years of the Google Cultural Institute’s existence, around 200 gigapixel images had been created and shared, but at this kind of a pace, it would an extremely long time to capture and index every work of art.  So, Google developed the Art Camera to help speed up the process.

Twenty of these cameras have been built, to capture the finest details in masterpieces contained in galleries and collections around the world, allowing us to get up close and personal with some of our favourite works like never before.

Of course, the Art Camera is not capturing a full gigapixel in a single photograph.  Utilising both laser and sonar guidance to ensure perfect placement and focus, hundreds of high resolution images are created and then sent to Google’s servers to be stitched and produce the final result.

This new system allows the process to happen in mere hours, instead of the several days it would previously take, and Google now have over 1,000 artworks in their catalogue from collections around the world, and each image contains so much detail that you can pick out every blob of paint and brush stroke.

If you actually wanted to see some of these pieces first hand, you’d be travelling the entire globe, and chances are they you wouldn’t even be able to get this close to many of the pieces to really inspect the fine detail and nuance that went into creating them, and you almost certainly wouldn’t be allowed to photograph them.

Google’s fleet of Art Cameras are travelling from museum to museum around the world, for free, recording some of mankind’s greatest artworks.

You can view the current collection of Google Art Camera Images here, where you can search manually, or click the museum or artist name to see more.