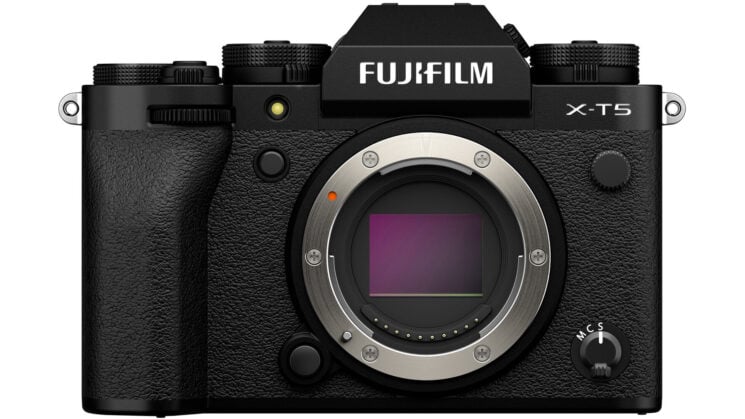 The ISO range is quite similar over the X-T4, but the minimum base and expanded ISOs do go slightly lower, allowing for longer exposures. It sees 6.2K 30p 10-Bit 4:2:2 video, 4K 120fps video with no crop, and 1080p down to 240fps. As well as sharing the X-H2’s sensor, it also shares its autofocus system, with 3.3 million PDAF points and AI tracking for animals, birds, cars, bikes, planes and trains.

As with Canon’s earlier EOS R6 Mark II announcement, the Fuji X-T5 keeps the Fuji X-T4’s $1,699 base price point. It also retains much of the look of its predecessor, too. There are some subtle changes to the design, presumably to help with ergonomics, but the button layout is largely the same. They also both offer 15fps with the mechanical shutter in continuous shooting mode.

When it comes to video specs, at the maximum 6.2K resolution you get up to 30 frames per second. Drop it down to 4K you get up to 60fps and at 1080p, you get the usually impressive 240fps. While the 4K 60fps video of the X-T5 doesn’t sound much improved over the X-T4. For a start, the X-T4 does it with a 1.17x crop factor whereas the X-T5 applies no crop at all. You also get 12-Bit RAW output to let you externally record ProRes RAW or Blackmagic RAW.

This is a camera that I think many X-T4 users can consider upgrading to, especially those who want more resolution, for either stills or video. That fast 1/180,000 shutter speed when using the electronic shutter is a pretty extreme use case, but I can see that coming in very handy for those who want to shoot super wide f/1.2 and wider apertures in bright sunlight without having to add a bunch of ND to the lens. And it comes in a form factor package that Fuji shooters are already familiar with.

The Fuji X-T5 is available to pre-order now for $1,699 and begins shipping mid-November.

« DJI officially unveils the DJI Mavic 3 Classic drone with a single 20MP 4/3″ camera
Hands down, this is the best video case for traveling »