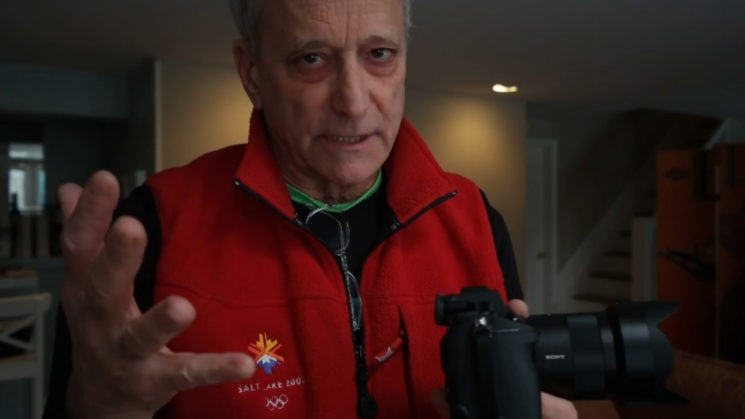 The desire to switch brands has never really been there for me. That’s not to say that I believe the brand I shoot is particularly the best, just that there doesn’t seem to be much point. The gear I use gives me what I need, and all the brands seem to leapfrog each other every year or two anyway. But there are an awful lot of people switching over to Sony right now.

The latest to join the list is photojournalist David Burnett, who’s been shooting Canon for 40 years. He recently posted a video to his Vimeo account talking about why he decided to make the transition over to Sony. And for what he shoots, it makes a lot of sense.

As a press photographer, who covers everything from politics to sports, David has spent 50 years working in the industry. And he’s still working as a photographer today. Exactly 40 years ago, in January 1977, David took all his Nikon gear into a camera store in Boston and traded it for Canon. And he’s shot Canon ever since.

But as the technology in our cameras has evolved, so have the needs of some photographers. David being one of them. So, for the last few months he’s been checking out the Sony A9, A7RIII and A6500. Now he’s decided to get rid of the Canons and go Sony full time.

Part of David’s reasoning is the obvious size advantage. Of course, with a full frame camera, even a mirrorless, you’re still limited by physics, and big sensors require big lenses (if you want them to be fast). So, even though the overall rig may end up a similar size & weight, the smaller body can make it easier to hold. Also, because it’s a mirrorless with a super short flange distance, it’s also very easy to adapt vintage lenses to fit for manual focus shooting. And David says he has a lot of such lenses.

But even with all the old lenses, the new Sony glass impresses him. Particularly the Sony Zeiss 55mm f/1.8, describing it as one of the crispest and sharpest lenses he’s ever used around that 50mm-ish focal length. He has held onto some of his Canon lenses, though, to use on the Sony bodies with an adapter, presumably the Sigma MC-11.

The 20 frames per second continuous shooting with the Sony A9 also holds huge advantages for David. He’s off to South Korea to shoot the Winter Olympic games this year, and there’s no doubt that will offer a huge advantage. As will the super high resolution of the Sony A7RIII for other images.

I do a lot of sports work. […] When you’re up to 20 frames per second it gives you a little bit more of a cushion to make a mistake.

I kinda feel like I’m really finally stepping into the 21st century with these cameras.

I do wonder if this trend will keep up, or if we’ll get to a point in a couple of years where everybody who was going to switch has switched. Then it’ll just be back to the same brand wars we had when it was just Nikon vs Canon. Except now we’ll just have a few more players.

« Improve your landscape photography with Kai’s top ten tips
“Careful: Soul Inside” wants to humanise the homeless and highlight the fine line that separates them from society »