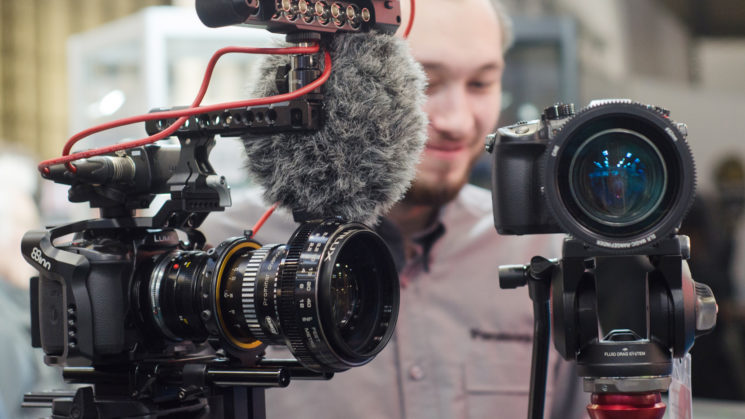 The Panasonic Lumix GX9 was announced in February and was originally expected to ship in March, but according to retailers, it’s still only available for pre-order. We got to check one out in person recently, though, during The Photography Show. We also chatted a little about the new Panasonic Lumix GH5S and how it differs from its older sibling, the Lumix GH5.

Panasonic has always produced some pretty impressive cameras. I remember way back when playing with the GH2 how nice it felt to shoot it. But they’ve come a long way since then. Impressing both photographers and filmmakers alike the GH5 really paved the way – which is impressive as it’s a hybrid camera that tries to do equally as well with stills.

They’ve really pushed the boat out a little more, now, though with the GH5S aiming it squarely toward video creators. Designed in direct response from filmmakers about the GH5, Panasonic really seem to have listened to what people wanted. With a more video-friendly 10MP sensor with dual native ISO, it gets fantastic low light performance, detail and dynamic range.

The new Panasonic GX9, on the other hand, while capable of shooting 4K video, is most definitely a stills photography camera first. It houses a 20.3MP sensor capable of shooting up to 9 frames per second when the focus is locked and 6 fps when focus is locked. Native ISO ranges between 200-25,600 with it dipping down to ISO100 in extended mode (but no top end increase). Panasonic say that the sensor “achieves the truest colour reproduction from dark to bright parts of the image”.

If you want to check out more of what we saw at The Photography Show, try these…