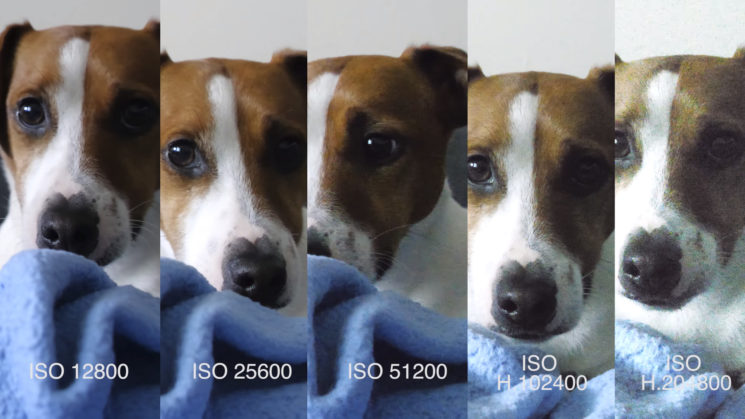 The Panasonic Lumix GH5S has seen quite a bit of buzz across YouTube since it was recently announced at CES 2018. It’s not surprising that this seems to be happening on YouTube, given the direction the camera has taken. Where the Lumix GH5 was clearly a hybrid camera with rather excellent video abilities, the GH5S is clearly aimed well and truly at video. If you’re a stills shooter, it’s probably not the camera for you. Might want to check out the Lumix G9 instead.

The first one is Kai Wong. Now, Kai’s also making videos for CVP, a retailer in the UK. So, his thoughts kind of come in two parts. First, there’s the initial announcement going over the specs and some potentially questionable choices – like leaving stabilisation greyed out in the menu. This is obviously just there to taunt the users, as there’s no in-body image stabilisation at all.

The second sees a more thoughtful Kai, on his own YouTube channel, doing what he does best. Telling us what he really thinks, and why he doesn’t really think i’ts worth the upgrade. At least, not worth it for him. There are some positives, but overall, he was a little underwhelmed.

Kai made a pretty big deal over his disappointment in the low light performance of the GH5S. Yes, it’s better than the GH5, but it’s really not the game-changing performance he was hoping for. Fortunately for the rest of us, DPReview have done their own comparative test, pitting the GH5S against the Sony “low-light king” A7SII.

Overall, I think it handles quite well. Is it perfect? No, but no camera is, really. All we can do is weigh up whether it’s good enough for our own needs and base our decision on that. For me, the GH5S would handle ISOs plenty high enough, but then, so does the GH5.

Next up, our friends at WEX Photo Video took the GH5S for a spin in Slovenia to really give it a good workout in the field. There’s a whole lot of great sample footage in the video, and which is shot on the GH5S is clearly labelled. And as their conclusion states, whether you go for the GH5s or the GH5 is really going to depend on your own needs, and the type of video work you do.

Another high ISO test comes from the folks at PRO AV TV. A little more comprehensive than DPReview’s, they also compare against the Sony A7SII, but also the $7,500 Panasonic EVA1 and, of course, the original Panasonic Lumix GH5. Overall, the GH5S does look very impressive in this comparison. They certainly seem impressed, especially toward the end where they show split-screens of all four cameras simultaneously. You can really see the difference.

Another who was rather impressed was Imaging Resource. This review includes an ISO comparison with Canon’s mighty, and Peter McKinnon’s favourite, 1DX Mark II. Surprisingly, perhaps, the GH5S actually seems to handle better, even at ISO12800.

It looks like Kai’s ISO concerns don’t seem to be a problem for others. But, as a couple of these videos reinforce, and we’ve mentioned higher up, a lot will depend on what type of filming you do. For some, having that crazy high ISO performance won’t be a big deal and for others it will be. Personally, I rarely shoot in conditions that call for more than about ISO2500. I’m actually often finding that I’m hitting the low ISO limit as I shoot outdoors, so NDs are a must.

Another feature that’s huge for some users, and not really all that important to others is autofocus. The GH5 wasn’t really famous for its stellar autofocus. In fact, it’s pretty infamous for its rather terrible AF. Has it been improved? Well, Richard Wong has done a great side-by-side test showing how the new GH5S compares to its older sibling, the GH5. Judging from the water droplets on the cameras, it looks like a good weather sealing test, too.

Fortunately, Richard notes that the GH5S autofocus does, indeed, appear to be much better when shooting video. It certainly focuses faster than the GH5, and it seems to more easily track moving targets. It also doesn’t hunt as often, more certain of its target distance. So, overall a pretty good improvement. But, without IBIS, it won’t matter how fast the autofocus is to some.

Overall, if you’re a video shoot that does not yet own a GH5 but have been considering it, then the GH5S is probably the way to go if the budget allows. Whether or not it’s worth the upgrade for existing GH5 owners… Well, you’ll have to decide that for yourself.

How about you? If you don’t own either yet, will you go for the GH5S? If you already have the GH5, will you upgrade? Or will you stick with the GH5 due to its better features for photographers?

« Flying your drone while drunk will soon land you in jail for up to six months
To photographers: We are better than that »