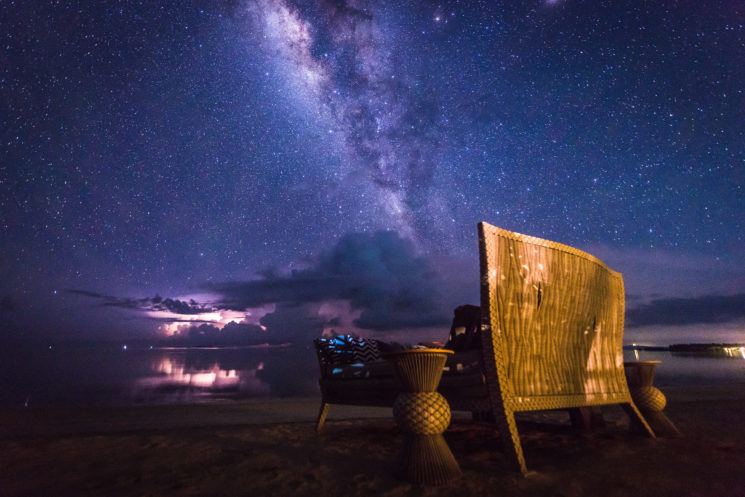 Photographing the Milky Way is something many aspiring night sky photographers only dream of. As is capturing brilliant storms full of bright lightning flashes. Both the Milky Way and night time storms have such a visual allure, that keeps photographers coming back for more.

In this timelapse short film, titled The Perfect Storm, Martien Janssen managed to capture both. At the same time. It’s a perfect storm not only in name, but in meaning, too. To capture either of them well, on their own, is impressive. To get the two together really is amazing. Shot over a period of 14 months chasing storms in the Philippines, the final result is just beautiful.

Shooting a photo of lightning is hard. Shooting a time lapse of a lightning storm is much harder. Capturing a multi-hour scene with the Milky Way in the background is the hardest thing I can think of. Top that with capturing it with red sprites (rare huge electrical discharges above the thunderstorm) and you have mission impossible. Here’s the proof that ‘impossible is nothing’!

It’s an extremely difficult set of circumstances to shoot. Lightning on its own is quite simple. Open up the shutter while it’s dark, wait for a bolt of lighting, then close the shutter. To do it as a timelapse makes things much more difficult. You can never really predict what’s going to happen. 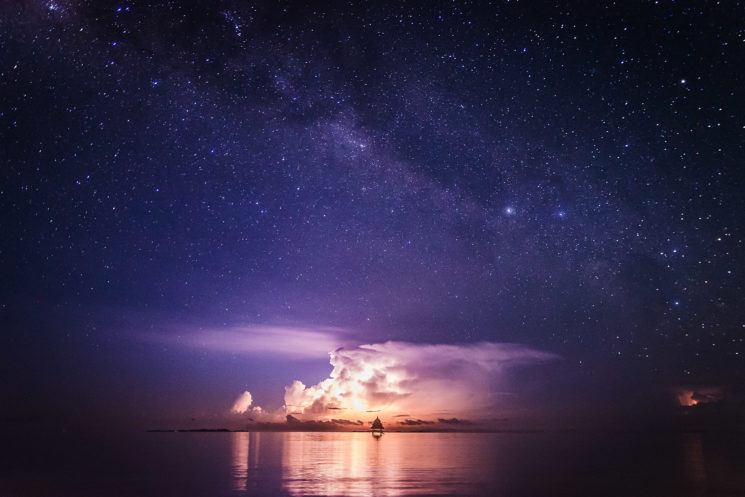 When you add the Milky Way into the mix, it limits you even further. You know you have to have your shutter open for a set duration to capture it well. And generally you’re shooting at extremely wide apertures that aren’t exactly ideal for lightning. And then there’s the clouds to contend with. Can’t have storms without those.

When I was working on my time lapse movie at Dedon Island Resort, I got lucky beyond my wildest dreams. Not only was I at the right place, at the right time, but I was even armed with 4 cameras and managed to capture 4 stunning time lapse scenes at roughly the same time of this rare occasion.

And most amazing of all, this lightning storm stayed at the right distance, at the same location for nearly 5 hours. Thanks to this, I was able to capture both storm and Milky Way without the lightning frames getting too overexposed. What a lucky night! 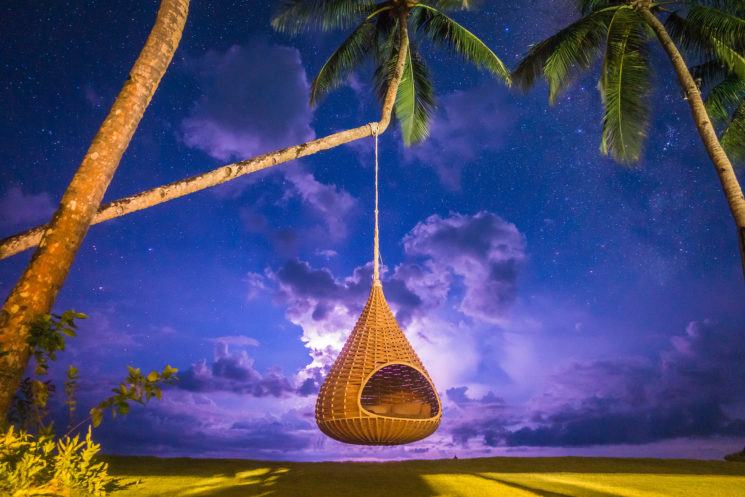 One thing Martien also captured that he didn’t expect, or even notice until somebody else pointed it out to him were “red sprites“. These are electrical discharges that appear above thunderstorm clouds.

If you look closely, you can see several red sprites, they are vague and only appear 1/24 of a second, but they’re there. To be honest, I didn’t even notice it myself, someone who spend years trying to capture it, pointed it out to me.

Years ago I did say in an interview that capturing red sprites was my ultimate photography goal, but honestly, I never even dared to think that I would actually capture them. They are the rarest thing and it’s only been since a few years that some photographers have been able to capture it.

A beautiful sight to see, and I bet it was even more amazing in person, too. With such a rare occurrence of circumstances, The Perfect Storm certainly lives up to its name.